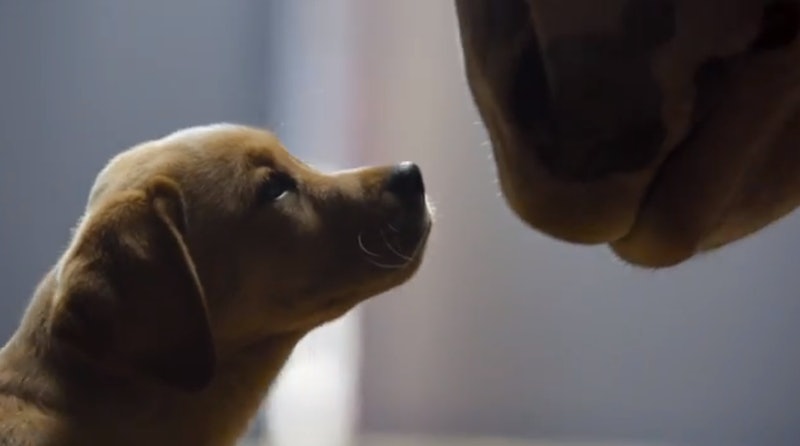 One of the best ads to air during last night's Super Bowl (apart from the Seinfeld reunion, which was flawless in every way) was, without a doubt, Budweiser's 'Puppy Love' ad, which featured a sweet, tearjerking look at the unbreakable bond between a the most adorable puppy to ever live, and the cutest horse to ever life. It was all set to a soundtrack of Passenger's song "Let Her Go," which was released back in 2012 but has just started to gain more attention this past year (and even a Brit award nomination for British Single of the Year at the 2014 BRIT Awards).

Turns out, after the ad aired during the Super Bowl (to huge ratings, might I add), searches for "Budweiser Puppy Love" shot up on Google Trends, to dominate the charts as most-searched item this morning. The song, "Let Her Go," is already number two on iTunes' Top Singles chart, over chart-toppers like "Happy" by Pharrell, and Super Bowl half-time performer Bruno Mars' singles, "Locked Out of Heaven" and "Just the Way You Are." Still topping the chart is Katy Perry's "Dark Horse," but hey — number two is still amazing for a song that's been out for nearly two years.

In addition, page views for the song on YouTube have shot up to over 194 million.

You can check out the ad below.