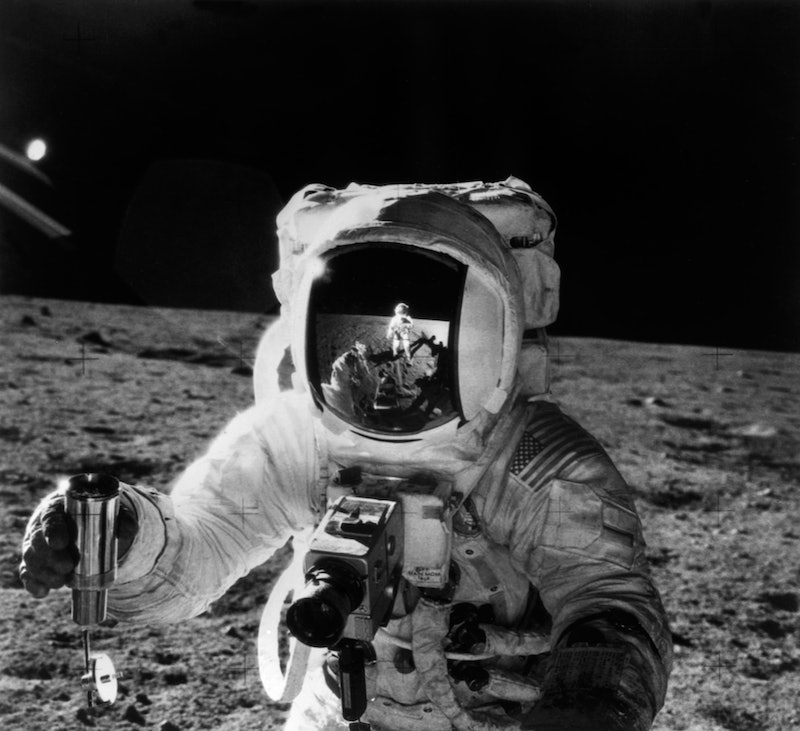 Truth is always subjective, but there are some things that it just seems incredible not to believe — astonishing that people would in fact find a massive conspiracy more plausible than a simple fact. So what traits do conspiracy theorists generally have? Well, according to a new study, it seems that most conspiracy theorists both are narcissistic and have low self-esteem — which is kind of an odd combination when you think about it. Turns out conspiracy theorists are perplexing even in their personality profiles.

In a new series of studies published in Social Psychology and Personality Science, researchers looked at what role self-evaluation might have in predicting the likelihood that someone would believe in conspiracy theories. Although the researchers noted that previous studies had linked a belief in conspiracies to low self-esteem, they posited that individuals who subscribe to conspiracy theories would actually be more prone to exaggerated self-love, due to the connection between narcissism and paranoia. And it turns out: It's both! Over the course of a series of studies, the researchers came to the conclusion that people who indicate more agreement with statements like "A small, secret group of people is responsible for making all major world decisions, such as going to war," are also more likely to be both narcissistic and lacking in self-esteem.

Given that narcissism usually involves being things like arrogant, manipulative, demanding, and self-assured, and that having low self-esteem usually involves...well, none of those things, this is a little odd. But the researchers say that it makes sense both traits would be correlated with conspiracy theories.

“The effect of low self-esteem on conspiracy beliefs can be largely attributed to the fact that low self-esteem predicts negative perceptions of humanity more broadly,” lead author Aleksandra Cichocka explained. Meanwhile, she continued, "narcissists might be especially prone to believe in conspiracy theories due to their elevated self-consciousness connected with exaggerated feelings of being in the center of others’ attention."

So put the two together and suddenly the moon landing wasn't real, the military is going to institute martial law throughout the Southwest, and lizard people are running the world.

More like this
This Psychological Effect Might Be Keeping You From Hitting Your Goals
By Lexi Inks
The Spiritual Meaning Of Angel Number 000, Explained
By Kristine Fellizar
I Tried The Air Up Water Bottle, Which Flavors Your Drink With Scents
By Carolyn Steber
How Yin Yoga Delivers TLC To Tight Muscles
By Carolyn Steber
Get Even More From Bustle — Sign Up For The Newsletter