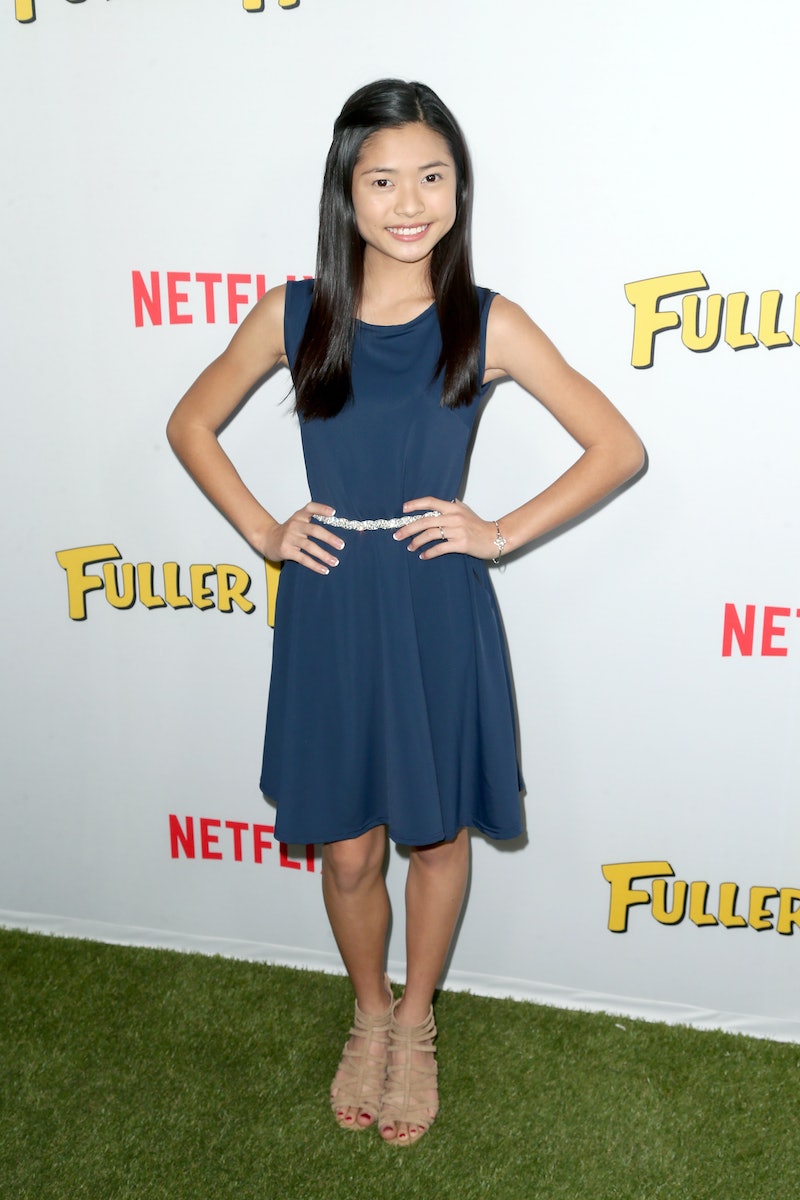 The time has finally come to rejoice in the reboot of Full House with Netflix's recently released Fuller House. The gang is all back together, plus a few new faces that are sure to spice up the series. One of those faces is who Ashley Liao, who plays Lola on Fuller House . Lola is Ramona's friend and the most popular girl in school. She's a little snooty — think Gia from Full House — and Jackson Fuller (D.J.'s oldest son) has a major crush on her. So, what is there to know about the actress playing her?

Liao, a young actor, is relatively new to the Hollywood scene — but is certainly making an entrance nabbing Fuller House a couple of years into her career. Although she's too young to have seen the original Full House when it originally aired, Liao is certainly excited about being a part of such a well-known and well-loved franchise, evident from her social media. She has chronicled her anticipation of the show on her Instagram and seems to have been just as excited about the release of Fuller House as fans of the original were.

Judging by the success she's had this early in her career as an actor, there's no telling where the trajectory of her career will lead. Here's what you need to know about the young up-and-coming star.

She Just Started In The Industry

Liao's IMDB isn't full of roles, yet, but she's definitely on her way to becoming a star. According to IMDB, Liao's first role was in the TV show Bad Teacher in 2014, meaning she landed the role of Lola within two years of starting out in the industry.

She's Proud To Be A Part Of Fuller House

Take a quick look at Liao's Instagram account and it becomes obvious that the actor is proud of her work on Fuller House.

Liao is set to star in Jessica Darling's It List , based on the book Jessica Darling’s It List: the (Totally Not) Guaranteed Guide to Popularity, Prettiness and Perfection. The film follows a young girl, played by Chloe East, trying to navigate middle school and Disney star Debby Ryan is the executive producer.

She Can Sing, Too

Beyond acting, Liao can sing, too! Just check out this video to see (or hear) for yourself. This is definitely not the last we'll hear of her.