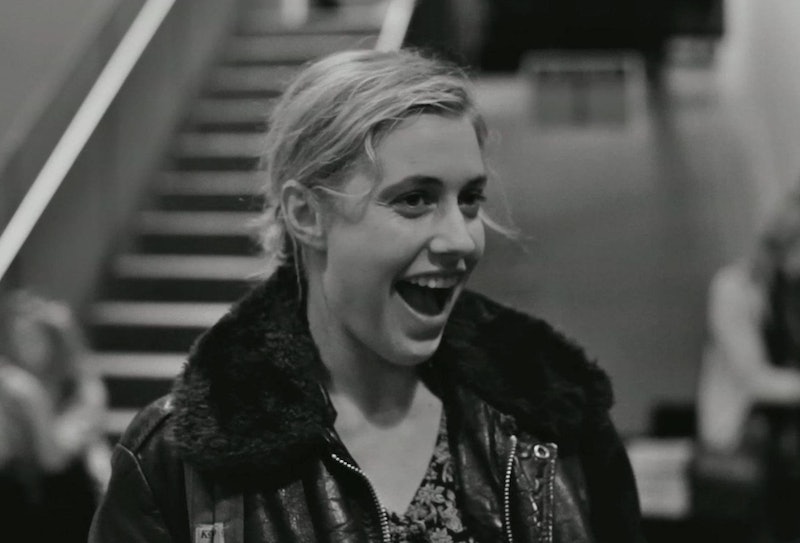 I didn't realize how often I was watching Noah Baumbach's Frances Ha until fairly recently — but, once I did, I couldn't stop noticing the amount of times I just liked to have it on to watch while I worked or just relaxed after a long day. Turns out, I had actually taken such comfort in the themes of the film that I liked just having it on all the time. Perhaps it was some form of schadenfreude — a modicum of comfort I took in watching the film's title character fall into the same drift nets over and over again. Perhaps it was the catharsis of re-living the pains of uncertainty while heading into capital-A adulthood. Maybe I just really liked the soundtrack. Or, most likely, maybe it was a mix of all of the above. The bottom line is, I will always watch the masterpiece that is Frances Ha over and over again.

Frances Ha, like Lena Dunham's Tiny Furniture before it, belongs to a genre of films that center around the latter part of the relatively new life stage between adolescence and adulthood known as emerging adulthood (which occurs between ages 18-27, more or less). It's a phenomenon Greta Gerwig, who plays Frances, likened to modern dance in an interview with British Vogue 's Jo Ellison in 2013 — "that relentless rhythm of talking and chasing after things... there's a style in modern dance right now called Release Technique, it's based on a feeling of falling and catching yourself, and I thought it was such a good metaphor for the way life feels."

Frances Ha is the perfect film to watch if you're going through similar experiences yourself, because not only is it smart and well-written, but it's real — and damn easy to relate to. As a result, I will never stop watching Frances Ha over and over — and here's exactly why:

1. It Perfectly Captures The Frustrations Of Being A 20-Something

Andy: So what do you do?

Andy: Because what you do is complicated?

Frances: Eh... Because I don't really do it.

I have never identified with a fictional character more, and I'm sure the same can be said for many other 20-somethings who are just getting their lives together.

2. It Displays The Intricacies Of Female Friendship

Frances: Sophie, I fucking held your head while you cried. I bought special milk for you. I know where you hide your pills. Don't treat me like a three-hour brunch friend!

To quote the only line from Hannah Horvath's book on Girls: "A friendship between college girls is grander and more dramatic than any romance." Frances Ha is a love story, but a love story about female friends — and for that, it should not only be appreciated, but also commended.

3. Its Insights On The Minutiae Of Modern Love

"I want this one moment. It's - it's what I want in a relationship. Which might explain why I'm single now. It's, uh... It's kind of hard to... It's that thing when you're with someone. And you love them. And they know it. And they love you. And you know it. but it's a party. And you're both talking to other people, and you're laughing and shining and you look across the room and catch each other's eyes. But not because you're possessive, or it's precisely sexual, but because... That is your person in this life. And it's funny and sad, but only because this life will end, and it's this secret world that exists right there, in public, unnoticed, that no one else knows about. It's sort of like how they say that other dimensions exist all around us, but we don't have the ability to perceive them. That's what I want out of a relationship, or just life, I guess: Love."

As Michael Zegen's character Benji would sum it up: Undateable. I love it.

4. It Captures The Beauty Of New York

You can't say you wouldn't be down to run around Chinatown listening to David Bowie's "Modern Love" after having watched this:

This movie, like many of Noah Baumbach's movies, is totally quirky — and this is perfectly evidenced by my favorite one-liner from the movie, taken from the following exchange that takes place when Frances is leaving for a very irresponsible weekend trip to Paris:

Frances: I have so much to do. I think I'll probably read Proust... Because sometimes it's good to do what you're supposed to when you're supposed to do it.Caroline: Proust is pretty heavy.Frances: Yeah, but it's worth it, I hear. Caroline: No, I meant the book. Carrying it on the plane.

6. It Identifies The Beauty And Charm In Imperfection

Because what is this film about if not the joy in having unbrushed hair and running around the city in the same black leggings?

7. Its Grating, But At The End Of The Day, Lovable Characters

The New York Times' A.O. Scott described the character of Frances as such: "Frances is neither blandly agreeable nor adorably quirky. Rather [...] she is difficult. She hogs conversations, misses obvious social cues and is frequently inconsiderate, though more in the manner of an overgrown toddler than a queen-bee mean girl." Frances isn't perfect, and she's even sometimes unlikeable — but that's what makes her human, and a really intriguing character to watch.

8. It Features Both The Ups And Downs Of Platonic Relationships

Aka, everything related to Sophie and Frances' relationship after they stop living together.

9. It Explains How And Why Opposites Attract

How are we, the audience, to believe that an underachieving dancer is "the same person" as her Type-A bestie? Beautifully written — as well as beautifully acted — scenes like these:

Frances: I love you, Sophie, even if you love your phone that has email more than you love me.

Sophie: My phone that has email doesn't leave a casserole dish in the sink for three days.

Frances: What about that time you made a cake?

Sophie: I love you, too.

Most of the film's 20-somethings are sensible about money — except for Frances. Case-in-point: The scene where Frances runs around the city to withdraw cash via her debit card, and isn't even sure if she'll have enough to pay the ATM fee. Girl, maybe get a checkbook? Oh, and of course, her spur-of-the-moment trip to Paris:

Frances: I'm going to Paris for two days.Benji: Wait, I thought you were poor.Frances: I'm gonna use this credit card I got in the mail.Caroline: That's not smart. That's what they want. They want to keep you in debt.Frances: I know that. I see documentaries.

That said, Frances' inability to be fiscally responsible is realistic for some.

11. It Realizes The Realities Of The Period Known As "Emerging Adulthood"

This is what Frances Ha does best. In this day and age, there's a period for many 20-somethings after university where they're considered adults legally, but emotionally, they're not quite there yet. It's something our parents never really went through — their generation wasn't brought up the same way we were, just like their parents weren't brought up the same way they were. The result is that a lot of our parents may not understand it, but "emerging adulthood" is real — and Frances Ha gets that. Frances herself has this realization herself multiple times throughout the film, even a few times jokingly: For instance, she quips she's "not a real person yet" when her credit card is declined at a restaurant, and ponders if she looks old despite not feeling it.

Frances Ha is one of the few movies to perfectly capture what it's like to be a young adult, and for that, it deserves a permanent places in everyone's film library.