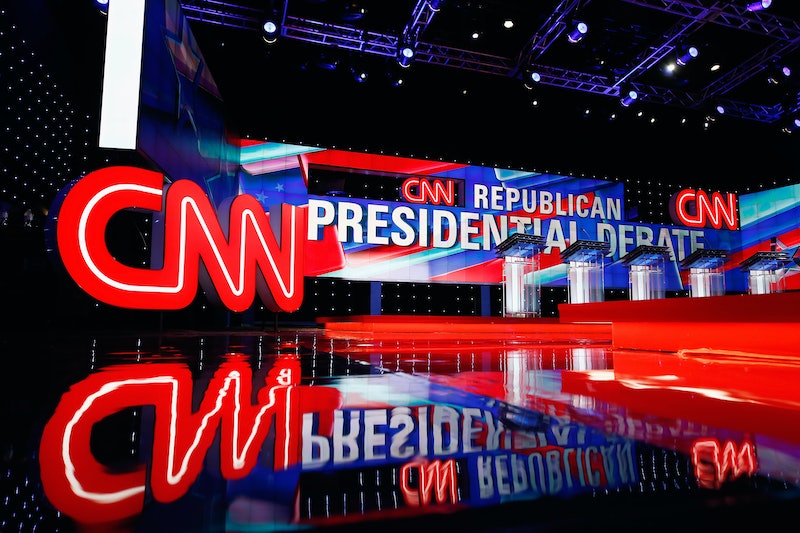 March 1 is Super Tuesday, one of the biggest days of the election year. Primaries and caucuses are scheduled to take place in 13 states across the nation, from Virginia to Alaska. It could be a make-or-break day for Democratic presidential candidates Hillary Clinton and Sen. Bernie Sanders of Vermont, who are ensnared in a heated race for their party's nomination. On the Republican side, it's shaping up to be a three-way race between current frontrunner Donald Trump, Sen. Marco Rubio of Florida, and Sen. Ted Cruz of Texas. Is there a possibility that any of these candidates will win every state on Super Tuesday? It's quite unlikely — although it should be noted that Bob Dole won every Super Tuesday state in 1996.

Super Tuesday only dates back 32 years, though the term could be traced back to 1976. The first official Super Tuesday was in 1984, which actually had three Super Tuesdays. Of course, 1984 was the year incumbent Presidsent Ronald Reagan swept the national election in an unprecedented victory. On the Democratic side of things that year, the third Super Tuesday was a battle between Walter Mondale — who ended up receiving the Democratic nomination — and Gary Hart. Hart famously lost New Jersey after insulting the Garden State, though he did win California. But it didn't matter; Mondale already had enough delegates to secure the nomination, even without winning every Super Tuesday state.

The largest Super Tuesday to date was during the 2008 election cycle, when 24 states decided to hold their primaries and caucuses on Feb. 8. This was, of course, the highly-anticipated battle between Clinton and then-Senator Barack Obama of Illinois. Neither candidate ended up winning all 24 states — in fact, Clinton and Obama ended the day with nearly equal results.

On Super Tuesday 2008, Clinton clinched 12 states and 834 delegates, while Obama claimed 11 states and 847 delegates. It remains one of the closest races in Super Tuesday history. Meanwhile, the Republican candidates all picked up a handful of states that year, with Sen. Jon McCain of Arizona coming out on top; he won nine states for a total of 511 delegates, while Mitt Romney picked up seven states, and former Arkansas Gov. Mike Huckabee trailed behind with five.

The only time a candidate wins every state in a Super Tuesday election is when he or she goes uncontested in their party, as Obama did in 2012 and Bill Clinton in 1996 — but that doesn't really count. Historically speaking, it's unusual for a candidate battling it out with a slew of challengers to sweep every state on Super Tuesday. Will Clinton or Sanders or Trump be able to do it?