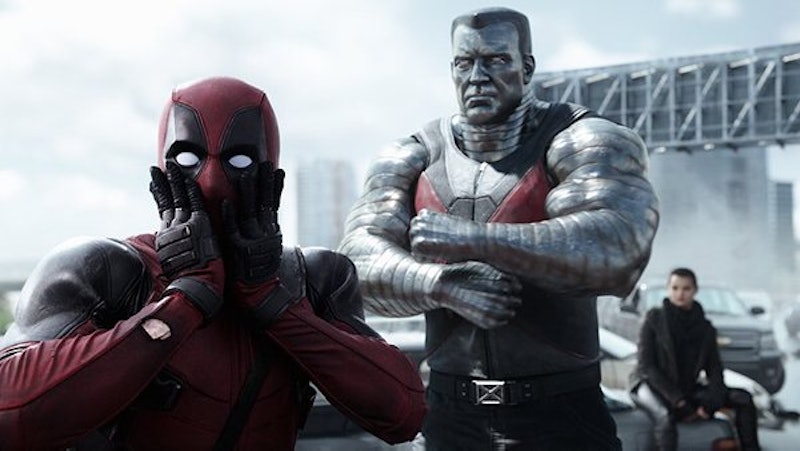 Riding a superhero high thanks to Deadpool's massive success, Fox has scheduled two mystery Marvel films for October 6, 2017 and January 12, 2018. At the same time, Collider is reporting Fox pulled the Channing Tatum led Gambit , originally scheduled for an October 2016 release, from its current schedule. If all of this heroic shuffling is leaving you confused, fear not because I am here to help you sort out the studio's latest moves.

First things first, notice how both dates are outside Hollywood's blockbuster window? You no doubt have the delightfully foul-mouthed Deadpool to thank for that. Deadpool is owning the box office during the notoriously slow month of February and studios are taking notice. Instead of Fox pitting its mystery Marvel projects against a DC tentpole movie or a film from Marvel studios, the studio is avoiding the summer altogether. That means if these projects find traction with superhero-hungry audiences, Fox has the opportunity to truly dominate the box office with its smaller Marvel projects.

Which brings me back to the question at hand: What movies will be premiering on these two dates? There are more contenders than you would think. From projects that Fox has already discussed to surprise titles Deadpool 's big win could pave the way for, these are the six projects that could fill the slots on Fox's mystery lineup.

Fox is going to want to get the Merc with a Mouth back on the big screen sooner rather than later. Given Deadpool's stellar performance, Fox might be tempted to release the next installment of Wade Wilson's story during the summer. Ultimately, they could decide not to mess with a good thing, though. If Deadpool can draw in monster-sized crowds in February, why not let Ryan Reynolds and company do their thing in October or January?

It's curious that one of the dates happens to be almost exactly one year after Gambit was expected to be released. Perhaps Fox is simply giving the team behind Gambit some extra time to get the story into shape while also accommodating Tatum's schedule. This project is supposed to give Fox a new mutant-centric solo franchise to work with, like it did for Wolverine, and I wouldn't count the Ragin' Cajun out just yet.

Deadpool's R-rating didn't stop people from showing up at the theater, and as a result the movie has opened the door for more superheroes to go as dark as they please. Rumors of an X-Force movie have been around for awhile, but it certainly sounds like Fox is getting serious about bringing the much darker, violent X-Men offshoot to the big screen. Even Ryan Reynolds is talking it up.

The group is led by the time-traveling, butt-kicking Cable, a grizzled warrior from the future who is, according to the Deadpool post-credits scene, definitely going to be in Deadpool 2. Also on the team? Deadpool himself, making this movie a no-brainer for Fox.

Since Fox has assured fans Cable will show up in Deadpool 2 and he is the leader of X-Force, why not give the man his own movie? With the right actor, Cable's story could make for a compelling glimpse into a possible future for the X-Men. In the comics, Cable is the son of Scott Summers, Cyclops, and Jean Grey's clone (although, it would make more sense for the movies to just make him Jean's son as well). He's sent to the future as an infant and grows up to be a hardened, soldier. Not only would his story connect all sides of Fox's Marvel universe, it would be a thrilling tale in its own right.

Seeing that the Fantastic Four reboot didn't do well, any hopes of seeing characters associated with the franchise on the big screen again anytime soon is a long shot, but call me a dreamer because I would love to see a Silver Surfer solo movie. You may remember the intergalactic character from 2007's Fantastic Four: Rise of the Silver Surfer, but please try to forget everything you saw and imagine a much cooler, weirder space based movie instead.

The Silver Surfer is a unique character who could push Fox's Marvel characters into new, uncharted territory: the cosmos. While there has been talk of a Silver Surfer solo film in the past (Cinema Blend has a good rundown on the failed attempts to get Silver Surfer to the big screen), nothing has come to fruition. If Fox does secretly have a Silver Surfer movie in the works, it would be a truly surprising and bold move from the studio.

OK, this one is wishful thinking on my part, but Rogue is a character in desperate need of a reboot — or you know, just a return. Rogue is a wonderful character with a rich backstory (and lots of adult stories that haven't been explored). If Marvel is serious about bringing Gambit to the big screen then they need to get serious about upping Rogue's profile too because those two go together better than peanut butter and jelly. While Ms. Marvel, the character whose powers Rogue absorbs in the comics, belongs to Marvel studios, Rogue's comic book adoptive mom Mystique is firmly in the hands of Fox.

Add a few twists, and a movie featuring kickass women Mystique and Rogue straddling the line between heroes and villains could be amazing. Unlikely, but amazing.

Who knows how long it will be before Fox announces what their mystery Marvel movies are, but as long as they live up to the quality of Deadpool, you can bet fans will show up on opening day.