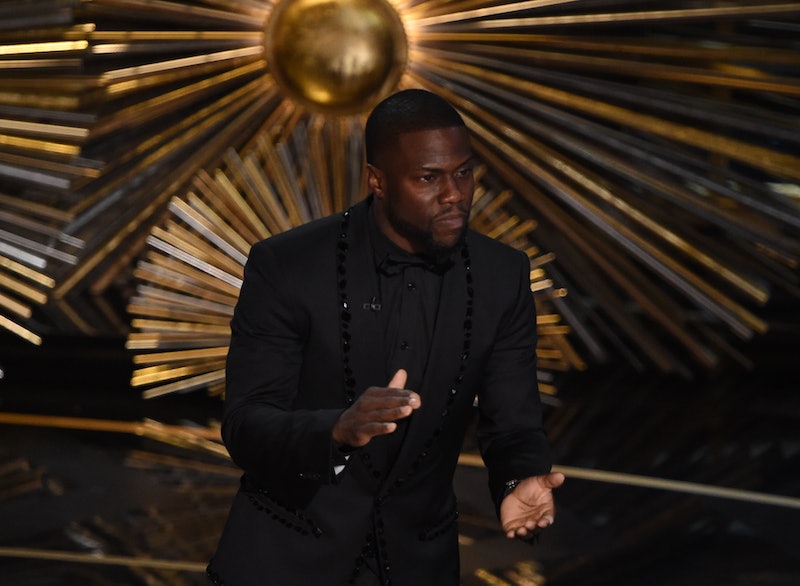 When announcing a performance of "Earned It" from The Weeknd, Kevin Hart took a moment to touch on the diversity of the Oscars — the main theme of the night. During his Oscars speech Kevin Hart was bleeped, which may have left viewers wondering what happened that he'd be edited at the end of what was such a serious moment. Well, it sounded like his passion just took over and he thought, "Screw it! I'm saying what I wanna say."

Earlier: Either way, the point of the speech was not the swearing (or possible lack thereof). Starting the speech, Hart said, "I want to take a moment to applaud all of my actors and actresses of color that didn't get nominated tonight ... Tonight should not determine the hard work and effort that you put into your craft." The idea was that the issues with diversity should not defeat actors of color — or film fans, for that matter — but are something that will be overcome and looked back on as archaic.

In a night where diversity was talked about often, it made since that Hart would take his moment on stage to do the same and not hold back with his feelings.