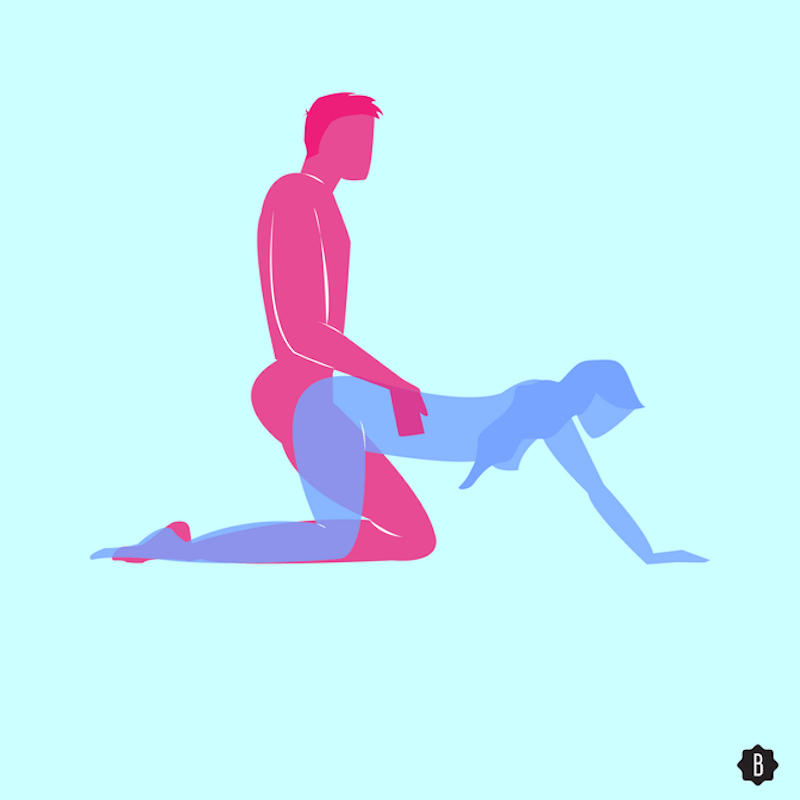 If you weren't sure whether you can break a penis, the answer is a resounding "Yes." And some sex positions are way more likely to cause penis injuries than others. A Brazilian study in Advances in Urology looked at 44 men who went to hospitals with suspected penile fractures (42 of whom had it confirmed), and they found interesting trends in the positions which the men reported as causing their injuries.

Before we get into the "dangerous" positions (aka the ones more people are doing), we need to look at something else. Maybe the most important part of the study (and by important, I mean "WTF!?!") was that, according to The Daily Mail, "half of them had reported hearing a cracking or popping sound before the rare fracture. A determined and bullish 20 percent battled on regardless." Let's pause and reflect on that for a second. They're saying that 20 percent of men fractured their damn penises, but kept on thrusting away. I need to find those men. They are heroes. They are national goddamn treasures — especially when you consider that these injuries are no small thing. Yeah, they sound kind of funny, but nonsurgical treatment can leave 50 percent of patients with permanently deformed penises. Yikes. So here are the positions that were most likely to cause injury, so you know what to look out for.

That's right — girl on top was most often the guilty party, and by a long shot. Nearly half of all penis fractures happened in this position. The authors thought that this is because in a position like this, the man can't stop things immediately. As The Daily Mail explains, "when things went wrong, the woman was unlikely to even notice until interrupted by her partner's screams." In other news, "interrupted by her partner's screams" is now the title of my first romance novel.

Maybe this one doesn't come as a surprise. I mean, the guy generally has a lot of power behind his thrusts in this position, so if it goes wrong, there's even more force which can cause some ... erm ... breakage. Ouch. In fact, this position was responsible for 29 percent of injuries.

No, not missionary! The most basic and straightforward sex position can also cause injury. Like I said, this was probably less bad than girl on top because in positions where men are in control, they can stop immediately once they're in pain and try to minimize damage. But that doesn't stop missionary from being responsible for 21 percent of all penis fractures.

It's no reason to totally avoid any of these positions, but maybe just be mindful. If he's popping out of you a lot (the technical science term) it may be time to slow it down and regroup.

Want more of Bustle's Sex and Relationships coverage? Check out our video on sex positions for to make him last longer: