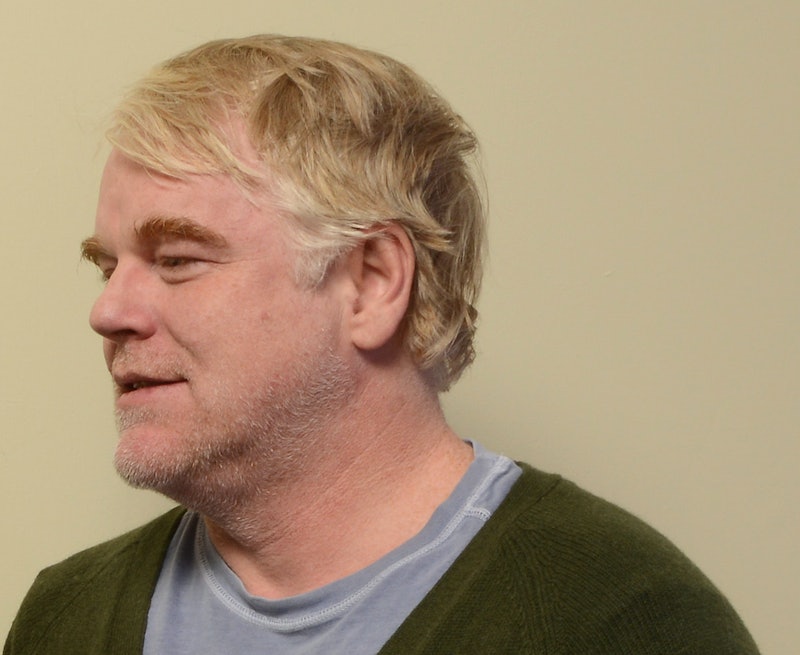 It’s been less than 48 hours since the tragic news of Philip Seymour Hoffman’s untimely death, and the status of the late actor’s current projects are already being determined. Hollywood has shown an outpouring of grief and a great deal of support for the brilliant actor’s family and closest friends. In the wake of this immense loss, networks and production companies are simultaneously mourning and strategizing around the circumstances. Showtime is left with Hoffman’s series Happyish in limbo. The project was developed by Hoffman’s own Cooper’s Town Productions.

Happyish, which would have starred Hoffman, was slated to premiere later this year. The series focused on a 40-something main character who works for a buzzy social media site a la Facebook. Writing had begun on the series with Hoffman also as an Executive Producer and Kathryn Hans and Rhys Ifan slated to co-star. However, filming had not yet started prior to Hoffman’s death.

Amongst Hoffman’s other projects, it has just been reported by Karen Valby at Entertainment Weekly that The Hunger Games franchise will continue on their production schedule. In a joint statement about the loss of Philip Seymour Hoffman, Jennifer Lawrence, director Francis Lawrence, Suzanne Collins, and producers Jon Kilik and Nina Jacobson have said, “Words cannot convey the devastating loss we are all feeling right now. Philip was a wonderful person and an exceptional talent, and our hearts are breaking. Our deepest thoughts and condolences go out to his family.”

As reported by Cynthia Littleton at Variety, Showtime also released the following statement on Sunday that paid tribute to the actor and respectfully made no reference to his projects with the network:

Philip Seymour Hoffman was one of our generation’s finest and most brilliant actors. He was also a gifted comedic talent. It was a great privilege and pleasure to work with him and we are all absolutely devastated by this sudden loss. Our thoughts go out to his family at this very difficult time,

It is quite the difficult task for networks and executives to deal with these matters — such that must be done with great respect and grace, as was recently exemplified with the loss of Paul Walker and The Fast and the Furious franchise. Truth be told, Philip Seymour Hoffman is an irreplaceable talent, and whatever Showtime decides I certainly hope that they take into account just how singular of an actor he was. As well as the very private and painful details surrounding his death.

Showtime will, however, have to come to a decision about Happyish and there are a few ways this could be handled in a delicate and gracious manner.

Philip Seymour Hoffman, for all of his on-screen roles, was ever so lauded for his career on stage. His most recent portrayal of Willy Loman in Arthur Miller’s Death of a Salesman was transformative for audiences. As a tribute to his craft, his closest friends and colleagues could perform a staged reading of Happyish to honor his work in all of the fields to which he contributed his craft.

Leave it to his family to decide

The public may never know what Hoffman would have wanted in circumstances such as these. However, his family ought to be given the rights to the project, and given the final say in how to proceed. It’s hard to imagine how many lawyers and business meetings are going to be happening over all of this. I hope whoever is in charge remembers there was a human life at the center of all of this.

In the end, Happyish ought to be left incomplete. No one could replace Hoffman in the role that was developed for and by him, nor could anyone duplicate his vision for the project. Yes, continuing on could be a way of honoring Philip Seymour Hoffman, but “replacing” him would be all too painful and in many ways, unfair.