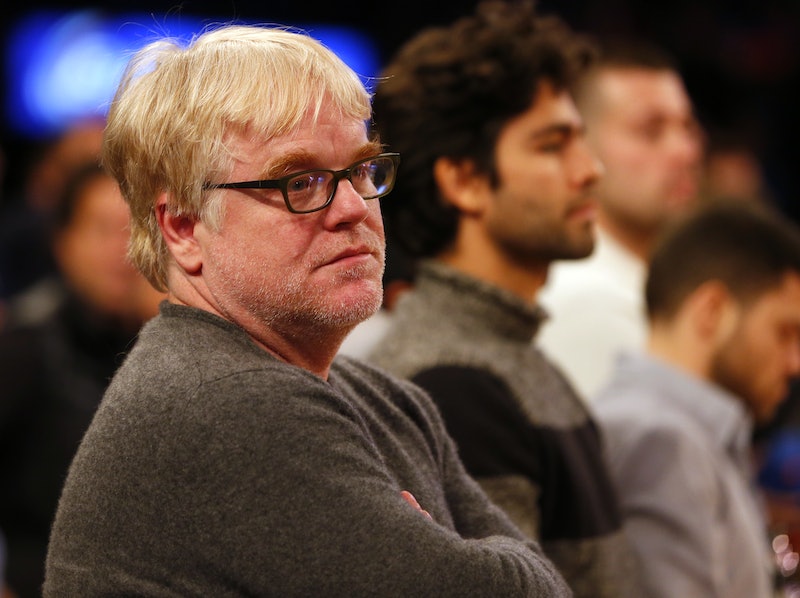 In very sad news for the acting community and to the world, Philip Seymour Hoffman has been found dead in his fourth-floor Manhattan apartment, reports The Wall Street Journal. Law enforcement officials have said that cause of death was likely a drug overdose, but the Office of the Chief Medical Examiner will determine the exact cause of death. NBC's Tom Winter tweeted: "Philip Seymour Hoffman's body was discovered at 11:30am. He had a syringe still in his arm and bags believed to contain heroin were found." One official said: “It’s pretty apparent that it was an overdose. The syringe was in his arm.”

The Academy Award winning actor was found by a screenwriter in the bathroom of his NYC apartment, located at 35 Bethune St. in the West Village, Sunday morning around 11:15 am. (See how some of Hoffman's famous co-stars and friends are paying tribute to the late actor here.)

Last year, Hoffman completed a 10-day substance abuse program for heroin, later revealing he had been addicted to the drug in his younger years but had been clean for over 20 years. The 46-year-old actor won an Oscar for his work in Capote, and was most recently in the second installment of the ever-so-popular Hunger Games trilogy, Catching Fire. (Remember some more of Hoffman's notable roles here.) No word on what will happen to his role in the film. Similarly, Hoffman was to star in his first ever TV role in the Showtime comedy Happyish, developed through Hoffman’s Cooper’s Town Productions banner. The network has yet to say what will happen to the series, but released the following statement about his passing: "Philip Seymour Hoffman was one of our generation’s finest and most brilliant actors. He was also a gifted comedic talent. It was a great privilege and pleasure to work with him and we are all absolutely devastated by this sudden loss. Our thoughts go out to his family at this very difficult time."

We will update this page as more details develop.