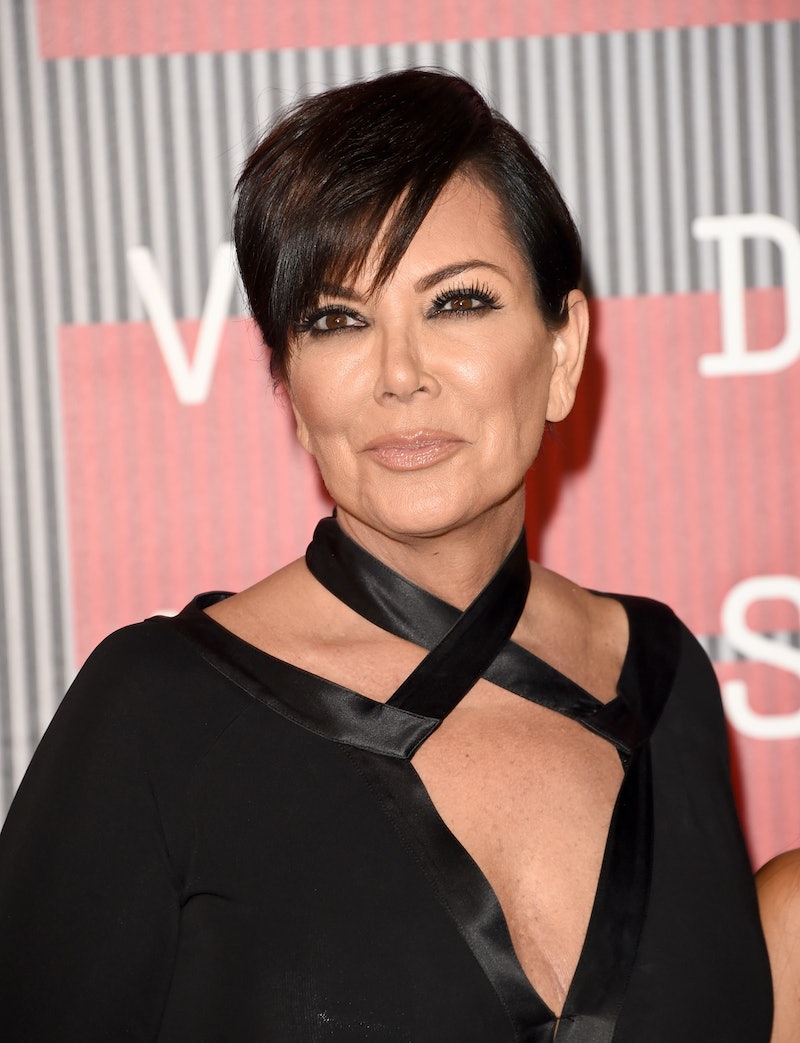 The O.J. Simpson trial is having something of a renaissance these days with the soaring popularity of FX's miniseries American Crime Story: The People v. O.J. Simpson , and we're still learning new things all the time about the trial that captivated a nation more than 20 years ago. Because the murders and subsequent trial left so many questions unanswered, people are still scrutinizing every facet of what happened, looking for answers on how something like this could have happened. One such person still asking herself the same thing is one of the people closest to Nicole Brown Simpson, Kris Jenner, who just sat down with Ellen DeGeneres to shed some more light on her relationship with her friend and O.J. Simpson.

It's well-known at this point that Jenner was a close friend of Nicole's, and was at odds against her own ex-husband, Robert Kardashian, over his choice to defend Simpson in the trial. During the trial, it was revealed that Nicole called 911 on O.J. multiple times, claiming domestic abuse, according to The Seattle Times. These calls somehow were never publicized while they were happening (the world before social media was a different place, clearly).

In 1989, O.J. plead no contest to charges of spousal abuse after an incident that was reported on Jan. 1, 1989 and entered counseling, according to The New York Times. Nicole placed several calls to 911 alleging additional abuse in the years following, but O.J. was not arrested again. In 1996, during the civil trial, which followed the criminal trial American Crime Story depicts, O.J. denied beating Nicole, The New York Times reported.

When speaking with DeGeneres on her show, Jenner reveals the heartbreaking reality that her close friend did not tell her about her privately tumultuous relationship with O.J. Jenner claimed,

I didn't know that there was abuse until we heard and saw the whole thing unfold like everybody else, and then heard the 911 tapes that had been, many of them... that were going to be used as evidence in the trial ... Me and some of her other close friends all were really surprised and shocked by that, because we felt like we really failed her as a friend. You go through this and you discover things about somebody and it was horrible.

Jenner also claimed that she was supposed to have lunch with Nicole the day after she was murdered, and said that Nicole mentioned she had some things she wanted to talk to her about, including the contents of her safe. Jenner now believes that Nicole wanted to talk to her about the alleged abuse. In 1994, prosecutors broke into a safe-deposit box and, according to the Chicago Tribune, found "photographs of Nicole Simpson's bruised and swollen face, rambling and awkward letters of apology from her husband, newspaper clippings and a last will and testament."

The stark reality about alleged abuse victims is that in many situations their closest friends and family often have no idea what is going on. A 2011 Glamour survey developed with multiple domestic violence agencies found that "24 percent of women in abusive relationships have not told anyone they’re being harmed." So, if the allegations about O.J. are true, it would be plausible that Jenner didn't know at the time. Though this is a gripping story that made celebrities out of lots of people (such as the Kardashians and Jenners), it's important to remember that, fame or not, the people involved in this trial dealt with very real difficulties throughout the process.