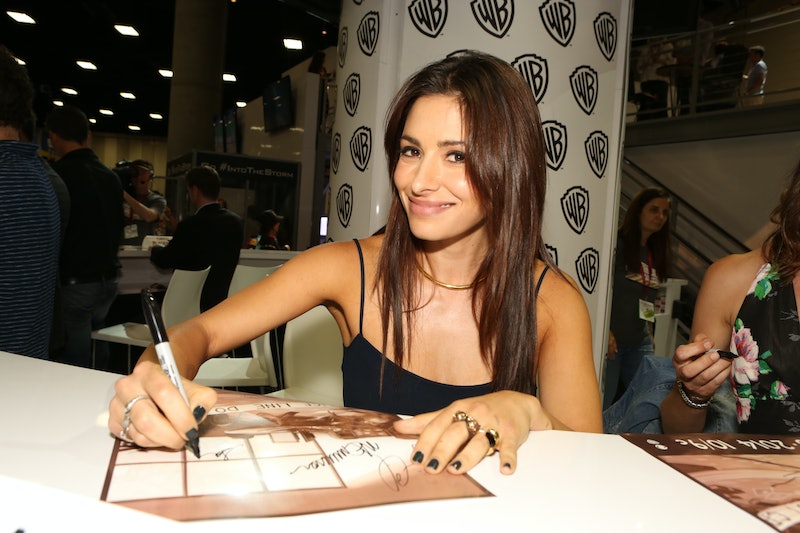 News that CBS were shooting a Nancy Drew pilot titled Drew has been at the forefront of most people's minds for a while now. The biggest question has always been who would play the iconic titular character in the series, with the network being very clear about its casting aims. Discussing the forthcoming pilot, Variety said, "New CBS president Glen Geller said that the new Nancy Drew is written as a diverse character. He did not specify whether she’d be African-American, Latino, Asian or another ethnicity, but he did confirm she will not be Caucasian." This gave us all high hopes about who would be cast in the lead, and promised that Drew would not only be a completely new take on Nancy Drew, but that it would be made with its audience in mind. Now that Sarah Shahi is confirmed as Nancy Drew, we can all start to get excited for the show which is slated to air Fall 2016.

Sarah Shahi has been getting suitably excited herself about the big news, and shared a photo of Instagram on Tuesday. Alongside a screenshot announcing her as Nancy Drew, Shahi said, "Very excited for my new gig. This ain't your momma's Drew! HA!" Described as a new twist on the classic tale Nancy Drew, Drew is the story of "a 30-something who is a more mature version of Nancy than the one in the popular novels. Nancy is now detective for the NYPD, where she investigates and solves crimes using her uncanny observational skills, all while navigating the complexities of life in a modern world."

If a show ever promised to be a feminist police procedural drama, this sounds like it. By giving us a more mature version of Nancy Drew, and casting Sarah Shahi, the pilot already feels like something that could be a big success.

Notably, the choice to write Nancy Drew as a diverse character is really important for TV right now. Shonda Rhimes has long pioneered colorblind casting, and the pilot for Grey's Anatomy "didn't specify the characters' ethnicities, so her casting process was wide open." While this should absolutely be the case for every television show and movie, the industry is still incredibly imbalanced. The fact that Drew has cast Sarah Shahi, an actress of Spanish, Iranian, and Persian ancestry, shows that a lot of care and attention has gone into the pilot, which hopefully means the series will be strong and connect with a wide audience.

Sarah Shahi is an awesome actress who has already appeared in TV shows such as The L Word, Life, and Person Of Interest. She is so ready to play the lead in Drew, and I can't wait to see what she does with the role.

More like this
Julie Andrews Revealed A Surprising Behind-The-Scenes 'Bridgerton' Detail
By Grace Wehniainen
We Finally Know When 'Grey’s Anatomy' Is Coming Back
By Brad Witter
All The Marvel Easter Eggs You May Have Missed In ‘Ms. Marvel’ So Far
By Kadin Burnett
Why Simone Ashley Had To Study Snails For Intimacy Training, Pre-‘Bridgerton’
By Grace Wehniainen
Get Even More From Bustle — Sign Up For The Newsletter