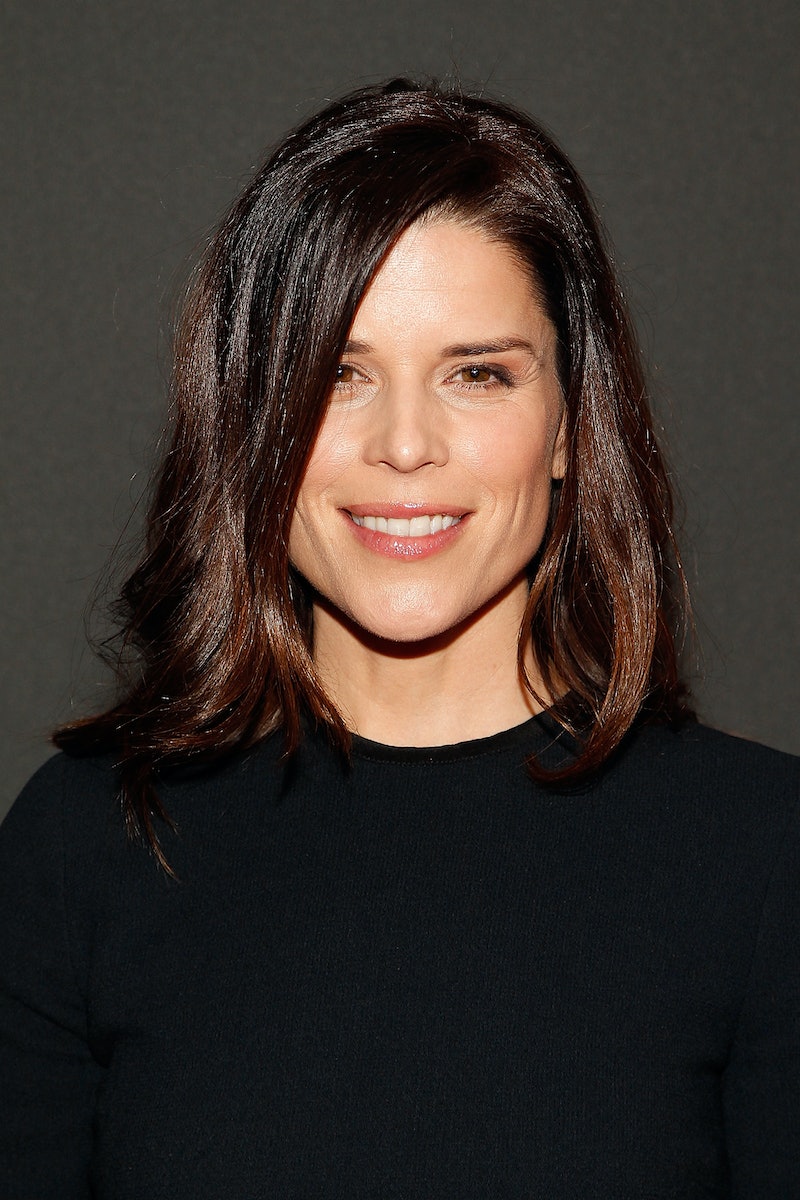 Normally, when a new character joins a popular TV show, one of two things happens: they're either easily forgettable or prove to be longstanding asset to the series. So when I discovered that Neve Campbell had been cast as Leann Harvey on House of Cards Season 4, you better believe that I instantly knew she'd fall into the latter category. And from the sounds of her character, I couldn't have been more right. Because while usually the Netflix political drama likes to play its cards close to the vest, a few details have managed to come out regarding who Leann Harvey is on House of Cards and let me assure that this role is going to instantly become a welcome addition to our Washington D.C. dynamic.

According to HuffingtonPostUK, the actress' character, Leann Harvey, is a Texan political aide and strategist, who Campbell herself teases gets "invited to assist someone in a political campaign." But whose side will she be on in the ever-looming presidential election? No specific details have been revealed, of course. Though, I wouldn't count on her being a big Team Underwood supporter by any means. In fact, it looks as though she may just very well become Frank's next big nemesis.

Back in October, The Christian Post reported that executive producer Beau Willimon had teased that Campbell's character will eventually use Frank and Claire's damaged marriage to try and advance her own career aspirations. So it seems less than likely that they'll be on the same side, at least initially, which should make for a very interesting storyline. After all, Frank is never more ruthless than when he feels back into a corner. Who knows what Campbell's antics will drive him to do in order to save his skin. (In other words, she might want to watch her back... and maybe avoid standing near any subway rails. Just a thought!)

Other than that, not much else is known about Leann or her motivations. Is she a political gladiator like Olivia Pope or a corrupt master of manipulation like Cyrus Bean? Right now it's too difficult to say one way or the other. Maybe she's even a little bit of both? (Her and Claire certainly look rather chummy in the image above. Could this be the start of a powerful alliance?)

Either way, considering that this role of hers is a series regular position, I'd say that whatever her story arc may be, it's going to become a vital part of Season 4's overall trajectory. And I, for one, can't wait to see how it will all unfold.