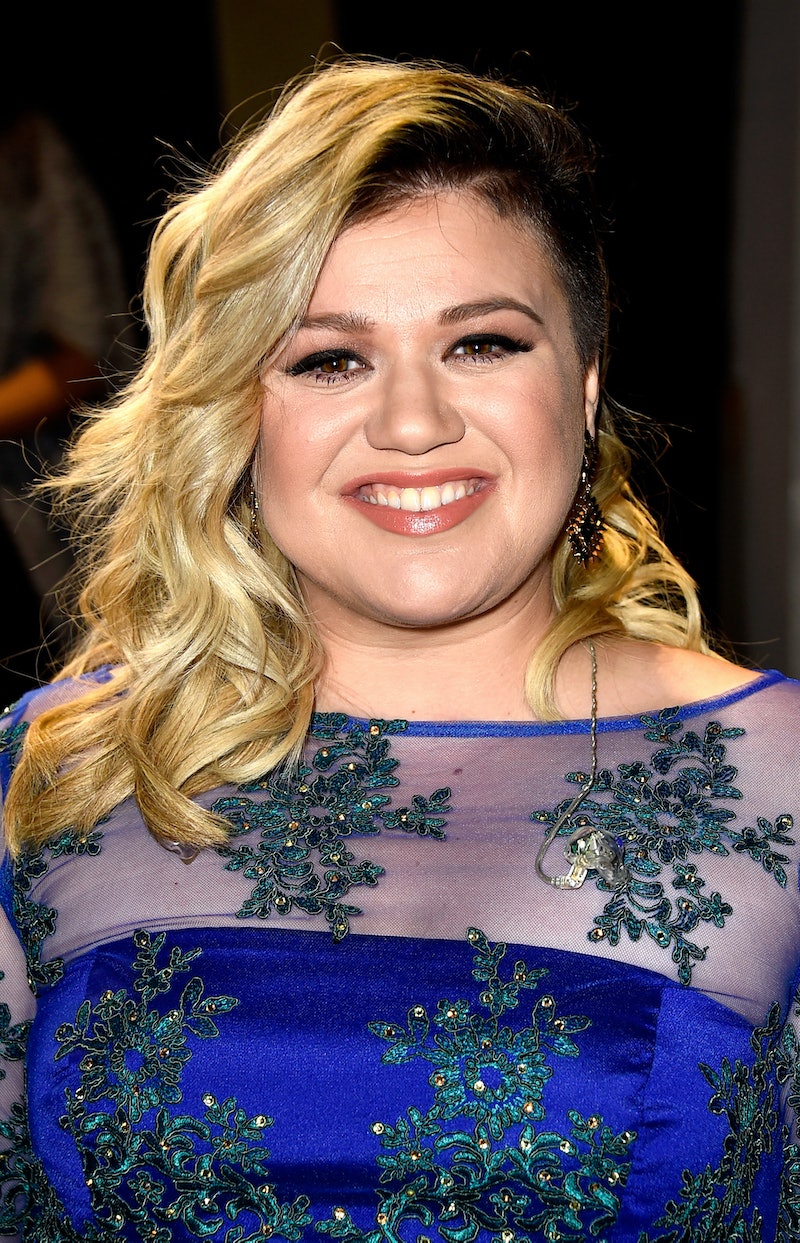 Since she gave birth to baby River Rose in 2014, Kelly Clarkson has been killing the mom game in more ways than one. She's putting out amazing new music (and making everybody cry in the process. Thanks, girl!), she's doing important charity work that brings music to hospital patients, she has a children's book coming out in October... oh, and she also has her own line of greeting cards. Seriously! On top of all that, Clarkson's expecting her second child with husband Brandon Blackson any moment now. Since she gave her daughter Ruby Rose such a unique and beautiful moniker, it's only fair to wonder what she might name her baby boy.

Clarkson and her husband haven't spilled on any potential name choices just yet, but there are definitely a few contenders that she could go with. Since Clarkson's son will be one of the first celebrity babies born in 2016, his parents have to set the bar pretty high — after all, celebrity baby names tend to predict the baby naming trends for regular moms and dads out there, so there's a lot riding on this. Aw, just kidding of course. All that matters is that her baby is happy and healthy. He'll already have two of the coolest parents ever — what more could a baby need?!

I think this would be a fitting tribute to Clarkson's adorable husband, no?

Clarkson has a brother named Jason, who once lived with her, so perhaps she could name her baby after him. She's also famously performed with both Jason Aldean and Jason Albert, so she's clearly got a few important Jasons in her life. I think we've got a winner here!

In sticking with the nature theme she gave River Rose, Clarkson may find one of these names perfect for her second baby.

In the past, Clarkson told Us Weekly one of her favorite movies is An Affair to Remember , starring Cary Grant as Nickie Ferrante, which would give her baby a cool, vintage vibe for sure.

So this one is pretty unique, I'll admit, but hear me out: Out of Africa is both one of her favorite books and movies, and I could totally see the upcoming author taking cues from the literary classic for her baby name.

OK, so I doubt this one would happen, but ya never know! Clarkson could take cues from two of the original judges on American Idol, who helped catapult her to fame and begin her music career as the first-ever Idol winner. Stranger things have happened.

Either way, no matter what Clarkson and Blackstock name their baby boy, I know he will be the cutest thing ever, and I can't wait to learn what name she really chooses.