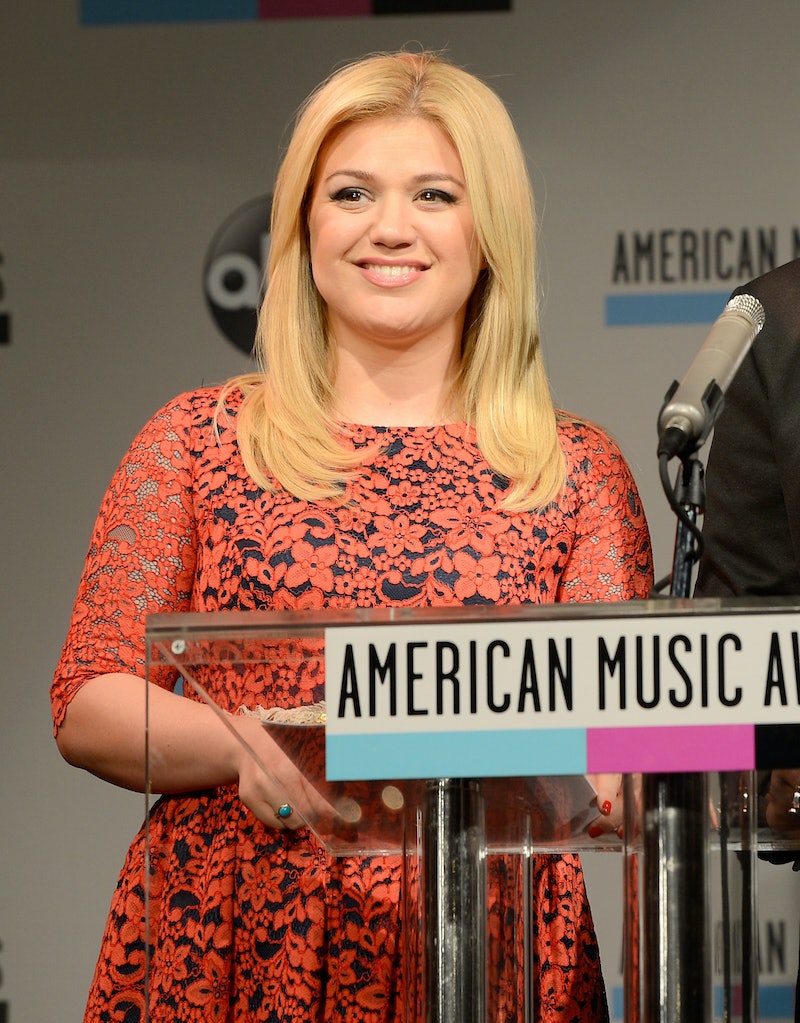 There is some stiff competition out there right now for the title of Best Celebrity Baby. In one corner, North West is just killing it in her Paris Fashion Week outfits, and in the other corner, Prince George is literally going to be a King someday. There's the new Esmerelda Amada Gosling who will most likely be the best-looking baby on the planet, and Blue Ivy who could run for president right now and have everyone vote for her despite the fact that she's still in diapers. However, I'm here to represent the underdog in the running for Best Celebrity Baby. Kelly Clarkson tweeted a picture of her daughter River Rose with a guitar from Blake Shelton and Miranda Lambert, and I remembered that this little baby girl is seriously underrated.

You may have forgotten about this bouncing ball of unbridled joy, but I'm here to remind you about her. River Rose Blackstock entered the world on June 12 after what felt like the longest pregnancy in pregnant-celebrity history. Since then, she's mostly been kept out of the spotlight, but every so often, mama Clarkson tweets an adorable tweet featuring the tiny 4-month-old snugglebunny and you want to squee until you can't squee anymore.

There are so many cute things to discuss about this photo that I need to break it down for you:

This isn't the only time we've seen the kind of fancy famous-people company that River Rose keeps. Last month, Clarkson tweeted this photo of her daughter working a bib and sunglasses like a badass fashionista who occasionally burps up on herself. And then Lady Gaga responded on Twitter, because River Rose has that kind of effect on people.

SO CUTE, YOU GUYS. So cute. Look at the star power that this relatively unknown celebrity baby possesses. She's probably not going to win any popularity contests with the other celebrity babies, but that's because the general public has a hard time recognizing the subtle greatness that is this little girl. Also, she doesn't currently run the risk of overexposure. Mom and dad keep her hidden away from the media and share pictures of her on their social media accounts sparingly, so we're not all bombarded with River Rose pictures.

Overexposure can get really old, really fast — so much so that I might even say that I'm a little sick of seeing North West everywhere. River Rose is playing the Blue Ivy game. I have a feeling that we will continue to not see much of her until she gets a bit older and starts walking. Then we can enjoy her videos and outings with Clarkson. Until then, we can "oooh" and "awww" at gems like the guitar photo and this Instagram pic of mommy and baby, hanging out on set of a music video shoot.

I'm officially casting my favorite up-and-coming baby vote for River Rose. I encourage you all to do the same.