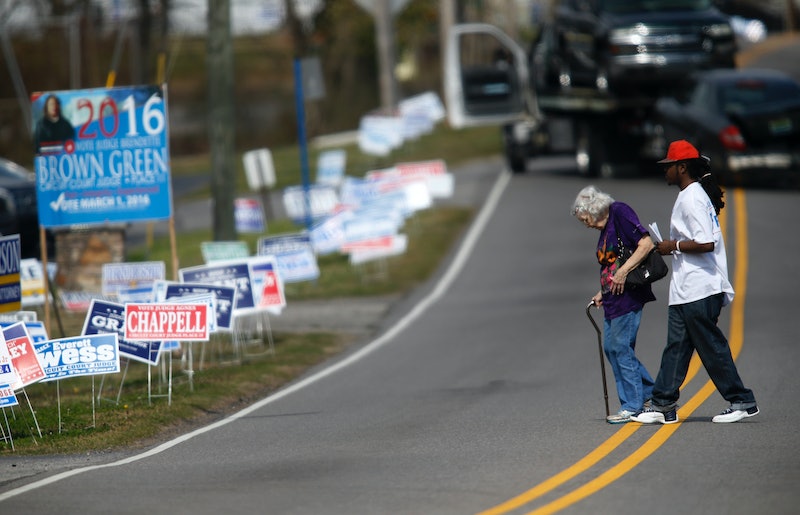 Voters across the country were in the midst of Super Tuesday madness; they were voting in primaries, they were caucusing, they were walking and driving and bussing. The excitement was real for those participating in this big day because it could mean a president of their choosing and making a tangible difference in the history of the U.S. Young Americans can one day tell their children and grandchildren all about participating in the historic 2016 election, and older Americans can live knowing they made a difference in the lives of younger family and future Americans. Photos of this Super Tuesday show the reality of this election as they document real Americans going out and making a difference.

It's a lot to consider when thinking of the implications of voting, and while it's a collective event, playing a role in something this major is a great memory to take along through life. What a cool thing to have the opportunity to effect change that will potentially alter the course of history in a big way.

Below are some images from throughout Super Tuesday — photos gathered from polling locations and towns throughout the country. It's great to see how different this common experience was for Americans throughout the nation.

People were participating in their individual ways, from staying informed via television and Internet, to spending the day canvassing in a Super Tuesday state.

It's a really cool and unique time in history to have documentation and footage of voters and participants in the political process making their mark on history. Future voters will look back on these events and have an enhanced sense of American history.