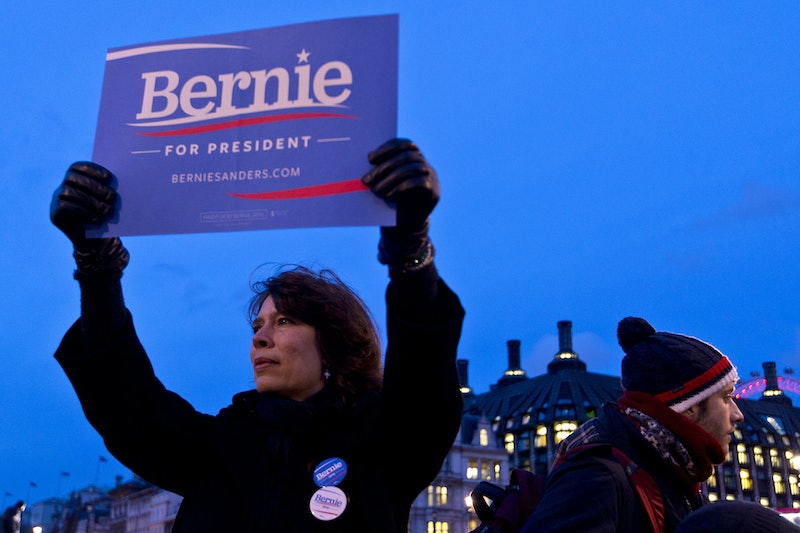 Much of candidate Bernie Sanders' campaign has been built by sheer momentum, a grassroots effort funded by word of mouth and small donations. Being able to keep that same drive on Super Tuesday, however, largely depended on those same people delivering Sanders' message not just through word of mouth but by concrete numbers at the polls. Sanders' Super Tuesday tweet to his followers drove that point home, by reminding them that they are by and large the vehicle of his Democratic socialist revolution. Without the voter turnout, talks of a movement will only go so far.

Super Tuesday was therefore all-important to the Vermont senator, who hoped to beat out Democratic frontrunner Hillary Clinton. March 1 is considered to be the most significant day of the primary process, as the majority of candidates who have won the most delegates on Super Tuesday have gone on to win the nomination. Sanders and Clinton were, of course, hyper-aware of this and have juggled campaigning in the initial primary and caucus states with the 11 states that voted on Super Tuesday.

The Vermont senator ultimately took home four states to Clinton's seven. And the night ended with Clinton gaining at least 453 delegates while Sanders added at least 284. Sanders' team saw this as a victory, however, as they had the strongest presence in Democratic and swing states.

Sanders' tweet hit home with voters in these states, as well as looked forward to the remainder of his campaign to the nomination:

He accredited these victories in Oklahoma, Colorado, Minnesota, and Vermont as being thanks to a robust grassroots effort. Sanders has made clear that he has the financial backing and will to continue his campaign throughout the remaining 35 states, and this same grassroots drive has given him the money to do so.

$42 million was contributed to his campaign by over a million donors just last month alone, and almost all of the $75 million he raised in 2015 came from these same types of small donations. These donations continue to set records for presidential campaigns, as we see how a grassroots effort can fund itself practically just as well as any super PAC can. These donations are literally giving Clinton a run for her money.

If Sanders continues relying on this same of-the-people campaign strategy that has propelled him this far, we may see the tide turn for the Vermont senator in the remaining leg of the primary election.