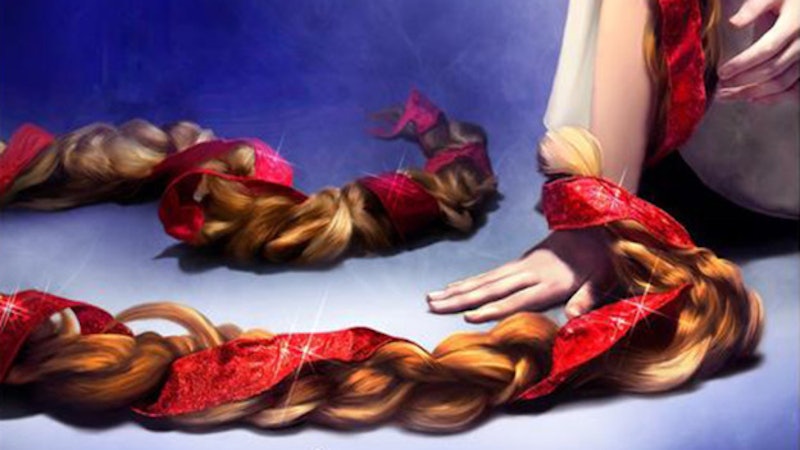 Marissa Meyer returns to her Lunar Chronicles series with Cress (Feiwel & Friends), a sprawling, multi-generational, multicultural, geographically wide futuristic epic — and she manages it all with a deft hand. Joining Cinderella, the titular character in the series opener Cinder, and Little Red Riding Hood from Scarlet , Cress features Rapunzel. Only instead of a princess trapped in a tower, this time Rapunzel is a teenage hacker and coder trapped on a satellite.

(For those who haven't yet read Cinder and/or Scarlet, beware of spoilers ahead.)

Meyer picks up the story where Scarlet left off, with the crew of misfits — Cinder, Iko, Scarlet, Wolf, and "Captain" Thorne — aboard Thorne's spaceship The Rampion. The evil queen of Luna (the Moon) Queen Levana is aiming to wage full-on war to Earthens, but only the true heir to the Lunar throne, the missing Princess Selene, has the potential to stop it. The Asian Emperor Kai must keep peace — as well as obtain Levana's cure to the plague that is ravaging the globe — by bending to Levana's wishes and marrying her. But Cinder, who has secrets about Selene's whereabouts, Scarlet, whose grandmother helped Selene escape Luna, Wolf, a Lunar operative-turned-Earthen ally who loves Scarlet, Iko, Cinder's android confidant, and Thorne, Cinder's handsome fellow jail escapee are deadset on putting an end to the queen's reign of terror.

Meanwhile, Cress has been trapped on a satellite orbiting Earth for seven years, with only Queen's adviser Sybil and her newsfeeds as outside contact. Sybil has tasked Cress with tracking the Rampion and bringing Cinder and her allies to Luna for justice — but Cress has learned to sympathize with her supposed enemies, even crushing on Thorne, and instead she has been helping the crew hide from Luna. She spends her time looking at the stars, daydreaming a new life, free on Earth.

So when her opportunity comes, Cress attempts escape to the Rampion, but she is thwarted by Sybil. In the ensuing fight, the characters are all separated, sprawling across the globe and space to find their way back to each other. Cress and Thorne crash land in a desert, and Thorne is blinded — an allusion to the original Rapunzel fairy tale. Scarlet is captured by Sybil, and Iko, Wolf, and Cinder manage to escape with the spaceship.

Like all great futuristic epics, the plot is complicated, yet the goal is simple. Meyer sends each character on variations of the hero's journey, and they all come together to complete one epic goal: to help good conquer evil. And while some critics may complain about a lack of complex morality, Levana's true evil is not necessarily a downfall. After all, no one complains that Darth Vader was too mean.

The climax of Cress reads almost like a heist movie, which attests to the strong cast Meyer has assembled.

The extensive scene is exciting, anxiety-ridden, and yet funny at times. Because of how Meyer structured her series, by having each new character build on the cast and plot of the previous book rather than overtaking the story line, there are several main characters, each well-rounded that add something to the novels, and the climax in particular. Cress and Wolf have roles with security systems, Cinder has an active role running through the place, and Thorne cracks jokes, blindfolded.

"Could you describe all those threats again because I feel like I missed something," Thorne says as Cress gives him the play-by-play of the action.

The major bonus that comes with Meyer's series structure is that it allows for a set of YA novels to have not one or two, but three main, strong female heroines — and soon to be four with 2015's release of Snow White's tale, Winter, who has been alluded to throughout the other three books. (In fact, Meyer has a knack for foreshadowing and outright hints. Just search for "Crescent Moon" in Cinder and find inside info on the third book's heroine.)

These three heroines are all complex characters, and they all get to interact and contribute to the story. Not one of the teenage girls are throwaway characters. Meyer has also given the women professions that are typically considered "masculine." Cinder is a mechanic. Scarlet runs her family business. Cress is a coder and hacker. Plus, because of Meyer's sprawling story, they're all different and multicultural. And, even better, they run the show; they're not following some man.

After Scarlet is kidnapped, Cress questions Wolf about their relationship. He responds,"She's my alpha." And while he's discussing it in "wolf pack" terms, it's certainly showcases how women are the alphas of Meyer's stories. They are not only the brains, but often the brawn of the operation. It's the men who literally often have to keep up with them.

Toward the end of the over-500-page Cress, Meyer again plays with gender roles, this time calling out Disney-fied princess ideals that the series plays with. Kai tells Cinder,

The people of Luna don't need a princess. They need a revolutionary.

With Cress, Meyer's Lunar Chronicles series's scope gets wider and wider. And as the goals get closer, the stakes also get higher and higher. However, Meyer shoes no sign of losing control of her story or characters. Cress is tight and thrilling, and certainly leaves readers aching for Winter. And with its plot weighing heavily on multicultural and female characters, it's an excellent modern take on the futuristic epic, and a worthy addition to the canon.

Read an interview with Marissa Meyer.