Over the past two seasons, Det. Laura Diamond (played by Debra Messing) has investigated and solved many cases on NBC's The Mysteries of Laura. But there's one she's yet to solve: Will she get back together with her former husband Jake? The only way to know is to figure out an even bigger mystery: will The Mysteries of Laura return for Season 3? The second season finale airs on March 2 and, according to NBC, it's titled "The Mystery of the End of Watch." That sounds ominous, but don't jump to any conclusions.

So far, there's been no official word from NBC on whether or not the crime dramedy will be continuing, but the network did expand its order of episodes from 13 to 16 last November, according to Deadline, due to the show's consistent ratings and high DVR viewings. That sounds like a pretty good sign Season 3 will happen, doesn't it? And if it does, hopefully fans will be able to find out if Laura and Jake ever get together, as well as see the many awesome '90s guest stars you know will appear on the series. The Mysteries of Laura has already featured plenty of great guest stars from the era, such as Messing's former Will & Grace co-star Eric McCormack last season, and there's no doubt that Season 3 wouldn't bring even more.

Here's which '90s-era guest stars I hope make return engagements on The Mysteries of Laura if Season 3 does happen. 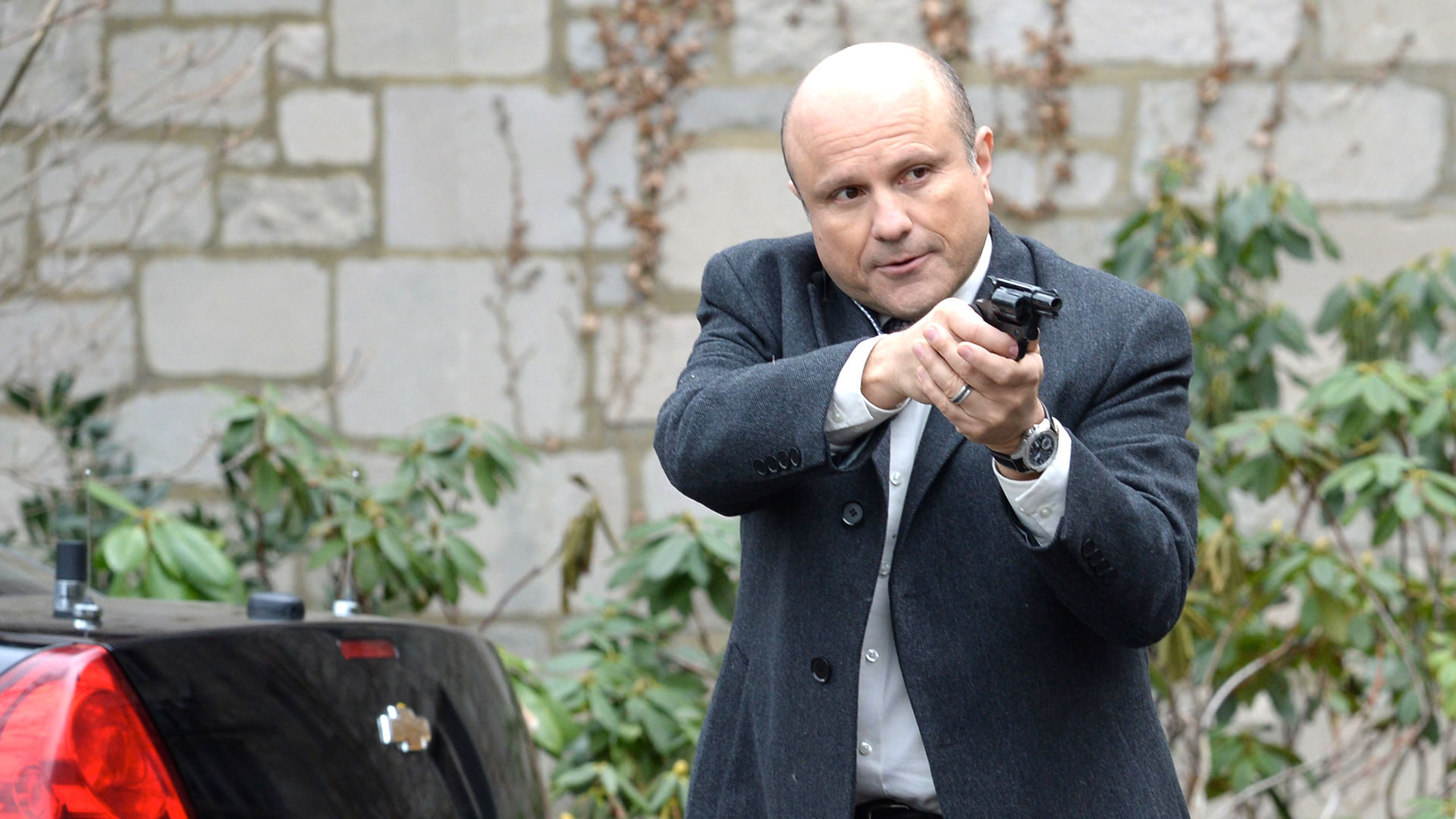 The Veronica Mars and Just Shoot Me alum played Laura's former captain who killed his wife's lover, tried to kill Laura, gave Laura tips, and escaped prison. It would be great to see him return, because not only is Colantoni a fantastic actor, it's always fun when the main character has an inescapable adversary like this guy.

The Damages and The OC actor recently guest starred on the show as Det. Malcolm Harris, a tough Brooklyn cop who is investigating a murder that happens to have Laura's half-sister Lucy (Debby Ryan) as its prime suspect. Yet Laura must solve the case first, in order to protect Lucy, so maybe this could spark a rivalry between the two detectives.

In Season 1, the Clarissa Explains It All and Sabrina star played KC Moss, a Serial -like radio host who butts into one of Laura's investigations. It'd be fun to see KC get in the way some more, even though she claimed to give up amateur sleuthing for good. "KC is the quintessential busybody—she just cannot keep her nose out of other people’s business," Hart told Entertainment Weekly last May. "It was fun to play that kind of different role for me—like the annoying, gossipy, nerdy girl that gets in the way of everything."

The actor played — who else? — himself in a Season 1 episode and felt up Laura's chest (yes, really) while checking for her badge in her dress at a red carpet event. That makes me wonder what else Guttenberg could get up to if he returned.

Back in the first season, Messing's Will & Grace co-star showed up as Laura's ex-boyfriend Dr. Andrew Devlin, who still has a certain effect on Laura. Of course, this makes Jake super jealous, so perhaps Andrew could return to be another obstacle for Laura and Jake.

The legendary actor had a two-episode stint as Brenda Phillips, a high-powered attorney representing Michael Dunham (played by fellow '90s-era guest star Jerry O'Connell). Maybe she could show up again representing another client.

But first, Laura needs to figure out the mystery of a Season 3 renewal from NBC.