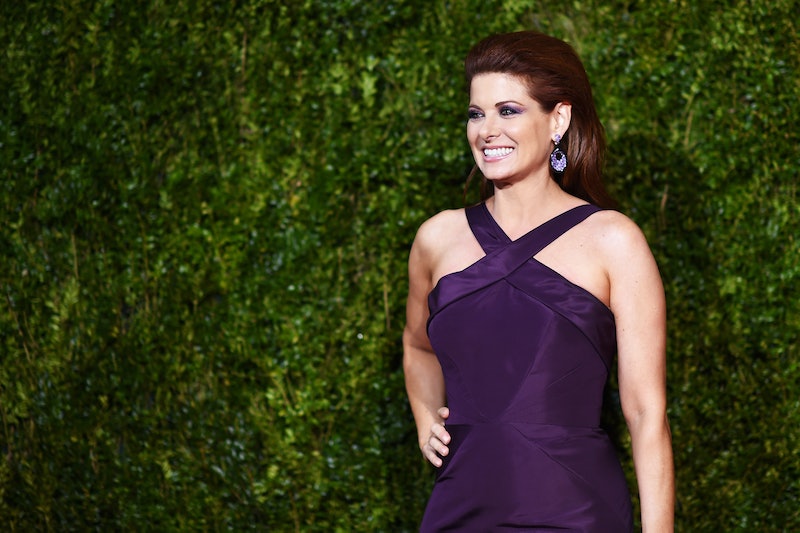 What have you done that's productive today? If you're anything like me, probably one thing followed by a long period of staring/eating/being horizontal. So, try not to get intimidated when I tell you that Debra Messing was just cast in the Dirty Dancing reboot, and she's gonna be using her break from Mysteries of Laura this spring to film it. That's right, while you call it a day after checking your bank account balance, Messing is rejecting the opportunity to relax during the hiatus of her TV show by picking up another project to work on during it. Makes me tired just thinking about it.

Messing will be playing Marjorie Houseman in ABC's remake of the 1987 classic, who is wife to Dr. Houseman and mother to Frances "Baby" Houseman — played, of course, by Abigail Breslin — of the dancing and the lifting fame. It'll be a three-hour movie, basically the pre-filed equivalent of these live television musical adaptations that have been doing so well for NBC, like The Sound of Music Live!, Peter Pan Live!, and The Wiz Live!, with “filmed song and dance performances.” So, yeah, not only is Debra Messing shooting a movie during her break, and not only is it three hours long, but it also has song and dance numbers in it. Just to really make sure she's earning her keep. Sheesh.

I gotta say, even though I treasure my own breaks and downtime like it's spun gold, I have a lot of respect for Debra Messing for working so hard. She's 47 years old, has been working steadily in the industry since the mid-1990s, shows no sign of slowing down, and somehow still seems like a genuine, centered person. We could all stand to take a page out of her book. Except me. I'm gonna keep lying on the couch and eating snacks off my chest, thanks so much.