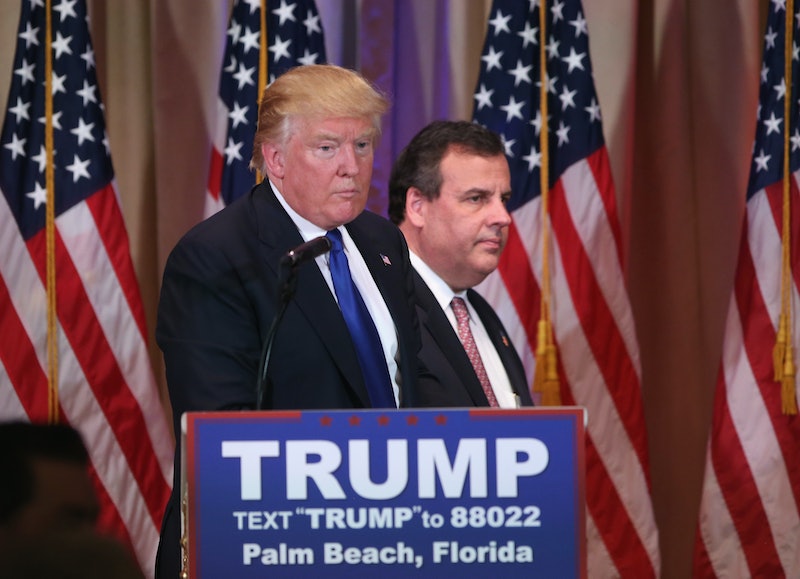 The video starts off like all of the other ones from Anonymous, the loose confederation of hacktivists: dramatic, foreboding music coupled with a crisply rendered wrap-around shot of the globe morphing into the form of the group's logo. Then, it cuts to a masked figure sitting on a news set reading in a digitally altered voice from a sheaf of papers: "Hello, Donald Trump," it starts. "Your countdown has begun." Spooky! What is going on with the new "Anonymous" video bashing Trump? Is it for real, or is it just a clever hoax?

The video continues: "We gave you a warning, and now, we are giving you the countdown. We thought the American people would see the truth." The phrasing is a bit off; what exactly does it mean to give someone "the countdown?" Honestly, it sounds like just the sort of phrasing that someone who is worried about the potential for a lawsuit would say. Or, someone toeing the thin line between satire and potentially making threats against the former reality show star, who is now under Secret Service protection. (Trump's official Secret Service codename? Mogul.) Check out the video below and see for yourself. It's strange, no?

The digitally mixed voice says that if Trump doesn't suspend his campaign before the end of this so-called countdown, that the questionably well-off developer will have "chosen to accept the consequences." What these alleged "consequences" would entail is left entirely up to the imagination. Here the video quality takes on a particularly apparent glitchiness, almost as if seems to have been saved at a lower frame rate or run through a filter.

The next part made my head hurt somewhat. The presenter starts off the standard Anonymous closing: "We are Anonymous. We are legion," and then things took a turn. "United as one. Divided by zero. Times one." Huh. Yeah, something is clearly going on. Finally, the last bit where the presenter said "We do not forget. Expect us." Then: fade to a title card with a hodgepodge of images: a mock-up of Trump-as-George Washington, an upside-down Trump campaign sign, and the Anonymous logo. An old-fashioned alarm bell rings louder and louder. A string of 12 numbers, separated out by underscores, is in the lower left corner of the screen. (Weirdly, assuming it's a straight alpha-numeric cipher where A=1, B=2 and so forth, it spells out "Goddess Ubaid." That seems to be a reference to a proto-Sumerian culture. I'm not making this up, try it out yourself.)

If you check out the web address, www.OpTrump2016.com, what that does is redirect you to John Oliver's "Make Donald Drumpf Again" campaign merchandise site. If this is a hoax from Last Week Tonight (probably), then well played. If not, it's probably the creepiest viral video from the campaign season yet.