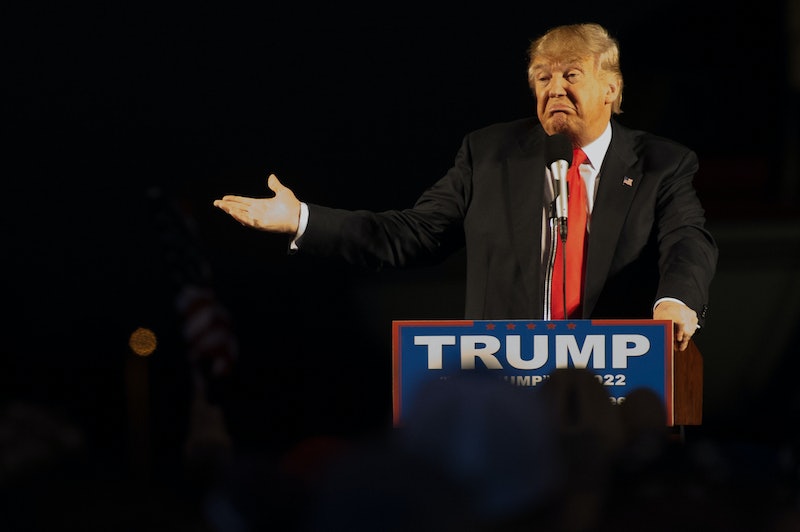 By now, the name "Drumpf" might be nearly as famous as Donald Trump, despite the fact that it isn't written in ginormous letters on buildings across the country. As John Oliver so wittily pointed out on last Sunday's episode of Last Week Tonight, this was Trump's family name before they moved to the United States from Germany. Sure, the original name may sound a little funny in English, but it's not such a unique case. Many similar name changes à la Drumpf-to-Trump occurred as Europeans immigrated to America.

Contrary to popular lore, this did not happen upon arrival in Ellis Island. Nowadays, many families blame American border officials for the spelling mix-ups, but if anything, the changes originated in Europe. If not, sometimes it was just an error made when people bought their tickets. People were not carrying passports or documents that were checked to verify spelling. There was just the ship manifest, and that's what immigration officials used to process people. If anything, they corrected errors on the manifest more than they created them.

Sometimes, a steamship company's ticket sellers would make a mistake, particularly when changing last names from one alphabet — say, Greek or Cyrillic — to the Latin one used in English. But more it was more common for new immigrants to do it themselves, using names which they thought sounded more "American" before leaving Europe, or in other cases using nicknames their new neighbors had given to them upon arrival.

In a New York Public Library paper, genealogist Philip Sutton gives the example of one man from Eastern Europe who changed his name to something that "sounded Swedish," just because he was living in a Swedish neighborhood and wanted his business to succeed. New York at the time didn't require people to legally change their name. They could just switch. Or they would switch when they attained citizenship. Sutton also offers the example of someone writing into a Chicago Tribune advice column:

After having lived in the United States for five years I changed the spelling of my name. When I made my declaration to become a citizen of the United States, about a year and a half ago, I gave my name as I now spell it. Will this cause any hitch in my taking out final citizenship papers six months hence?

The writer was concerned that he wouldn't be approved for citizenship because he had changed his name from what was on the passenger manifest that Ellis Island officials checked. This means the change did not occur upon arrival, but after he had integrated a bit into society.

Trump's case is a bit different from any of these stories. His family changed their name in Germany during the Thirty Years' War, between 1618 and 1648, according to Gwenda Blair, the author of The Trumps: Three Generations That Built an Empire. Trump's grandfather didn't arrive in New York until 1885, over two centuries later.