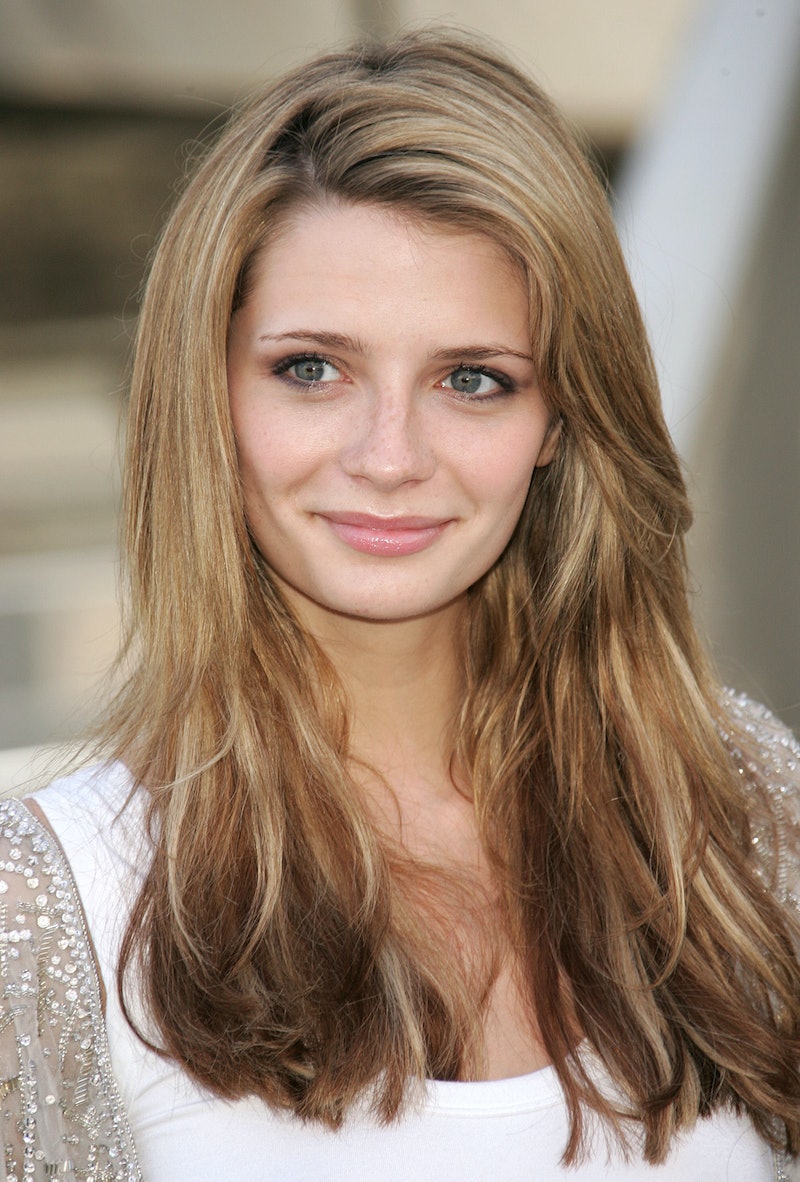 Just one day after Fuller House star Jodie Sweetin announced that she'll be competing for a mirrorball trophy on Season 22 of DWTS, it sounds like Mischa Barton may also join the Dancing With the Stars lineup. Though the woman we all know best as Marissa Cooper has yet to confirm the news herself, both Entertainment Tonight and Us Weekly claim the O.C. actor will be cutting up the dance floor this season. It's a bit of a surprising choice, given that Barton has largely remained out of the spotlight since her days as a teen idol, but what is the ballroom competition show for if not reviving the careers of fan favorites? It's a decision that definitely comes with a mix of nostalgia and intrigue, and it's not shocking that fans may be wondering what Mischa Barton has been up to since The O.C. You know, after her character was tragically killed and the show immediately went downhill.

At the height of O.C. fame, Barton was one of the biggest "It" girls of the early 2000s, partying with the likes of Lindsay Lohan, Paris Hilton, and Nicole Richie. But all of that partying and absolutely relentless tabloid scrutiny (particularly about her weight) quickly took a toll on the actor, who struggled immensely with the price of fame. In 2008, she was sentenced to probation after being charged with a DUI. Two years later, she was admitted to a psychiatric ward. Barton told People in 2013, "I was never suicidal. I was just overworked and depressed. But one slip of the tongue in a heightened moment and you find yourself in that situation."

"It was a full-on breakdown," Barton recalled. "It was terrifying. Straight out of Girl, Interrupted. Story of my life."

Though Barton clarified that she knew she didn't want to commit suicide, she explained that her time in the hospital was actually a relief. "I was deeply hurt at first, and then I accepted this was time I needed to be away from work, my family and all the pressure," she recalled. "I had been through the wringer."

Though her time away from the spotlight had a negative impact on her career, it was exactly what she needed to be healthy. And it is crucial, always, to put your health before any job.

"I just think there’s a negative side — obviously, that’s an understatement — to having all that attention. Because it’s not friendly. It’s invasive," she told the Daily Beast in 2013. "I find in order to get your job done, actors need a certain amount of anonymity. You're being blown up to that extent, and everybody is following every little piece of your life. 'Oh, she went to Starbucks to get a Frappuccino with a caramel.' Then they follow you to the gas station.

"It’s impossible to concentrate on the work. When you just want to go on vacation and you hear a twig snap and there’s a guy in a tree, it’s not relaxing," she continued, reflecting that she is happy to be away from the scrutiny of tabloid media: "You can't be a real person. So I'm happy things have changed."

That's not to say that Barton hasn't been working since 2006.

While she took some much-needed time out of the spotlight after her stint in the psychiatric ward, Barton has been actually working steadily as an actor since The O.C. ended. Her IMDb is chock-full of post-O.C. credits, perhaps most notably in the short-lived 2009 WB series, The Beautiful Life.

Though now focusing mainly on indie, under-the-radar films, Barton still gets top-billing in movies, starring in eight films in 2015 alone. And she's still going strong: According to her Instagram, Barton has been in Bulgaria filming her latest movie, Malevolent. (Her Instagram also shows that she's calling L.A. home these days.)

And speaking of Instagram, Barton is active on social media, frequently sharing her thoughts and photos on Twitter and Instagram. Though the amount of followers she has initially surprised me (both accounts have less than 100K each), I'm struck by the notion that maybe Barton is living the life she wants after all. She's a working actor getting steady roles, but isn't subjected to the level of fame and negative press that haunted her in the O.C. days.

She's healthy, she has a fan following, she's working, and she's (possibly) about to do Dancing With the Stars, where fans and the general population will actually be rooting for her instead of tearing her down. Though it may be a bit of a shock for Barton to be in the spotlight once again, this time it's different. And it all sounds positive to me.