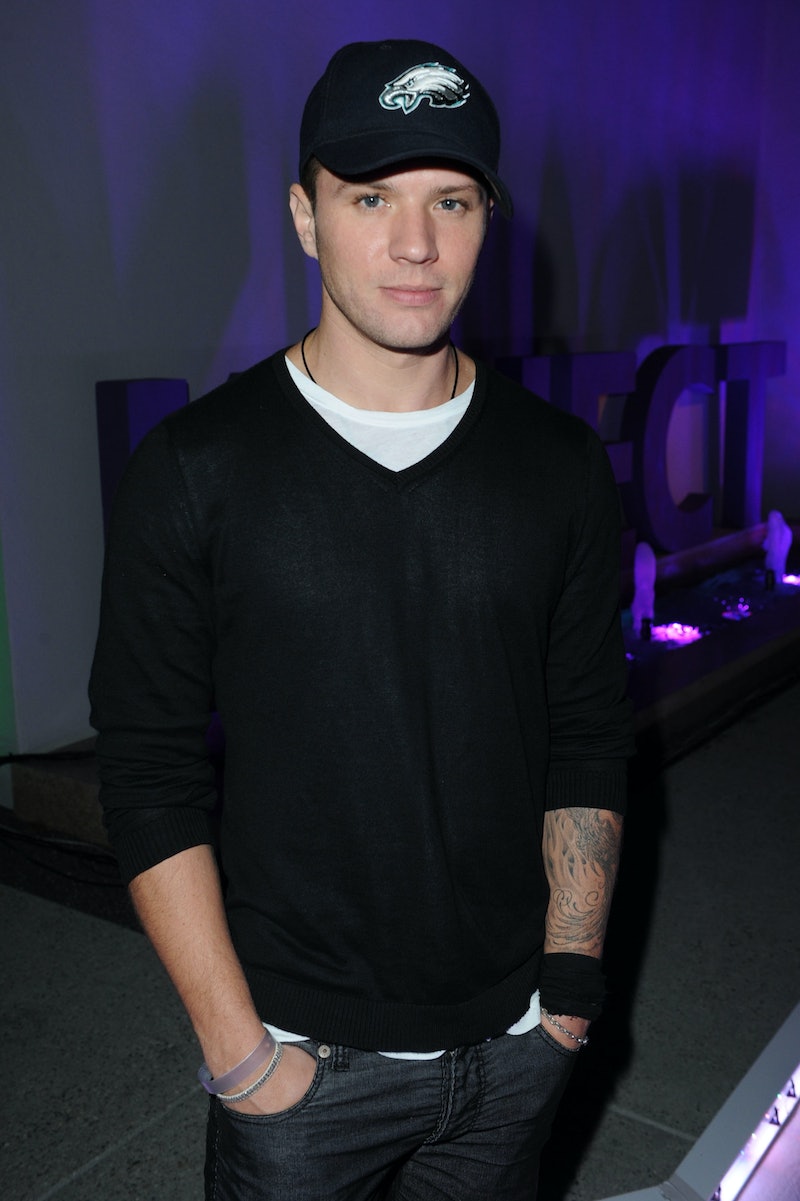 Just a few weeks ago, Bustle wondered what Ryan Phillippe was up to (besides getting photobombed), since we haven't heard anything about him for awhile, despite two movies coming out this year that haven't gotten a ton of press so far. But wait — now we have an actual answer about what he's been up to. On Tuesday, it was announced that Ryan Phillippe is in negotiations to star in Secrets & Lies, a drama pilot for ABC.

The show is an adaptation of an Australian crime mystery series. Secrets & Lies is about a married family man (Phillippe) who is the prime suspect in a young boy's murder, since he finds the body. He's then tasked with finding the real killer, since everything in his life is put at stake.

This sounds like it could truly be the role that puts Phillippe back on the map and revitalizes his career. People will always recognize him, and he did have a recurring role in Damages in 2012. However, he hasn't starred in a huge role since Flags of our Fathers in 2006, Igby Goes Down in 2002, and Cruel Intentions with ex-wife Reese Witherspoon in 1999.

Starring in a TV crime drama has the opportunity for Phillippe to gain followers and get previous fans hooked on a new mystery show — and as we all know, ABC's fellow dramas, Scandal and Revenge, have no problems hooking viewers. The premise sounds juicy and intriguing, and two talented executives are on board.

Barbie Kligman, who has worked on Private Practice, is the writer-producer, and Charles McDougall, who has worked on Desperate Housewives, will direct the pilot. The project was given a 10-episode order by ABC, and production is slated to get underway in early summer. Now we definitely know what you're doing this summer, Phillippe.

More like this
17 BTS 'Love Island' Secrets Only Real Fans Will Know About
By Bustle UK
6 Shows Like Stranger Things To Get Over Your Emotional Season 4 Hangover
By Kadin Burnett
Did *That* Character Really Die In The 'Stranger Things' Season 4 Finale?
By Grace Wehniainen
'Stranger Things' Cast Thinks It's "OK Not To Label" Will Byers' Sexuality
By Alyssa Lapid
Get Even More From Bustle — Sign Up For The Newsletter