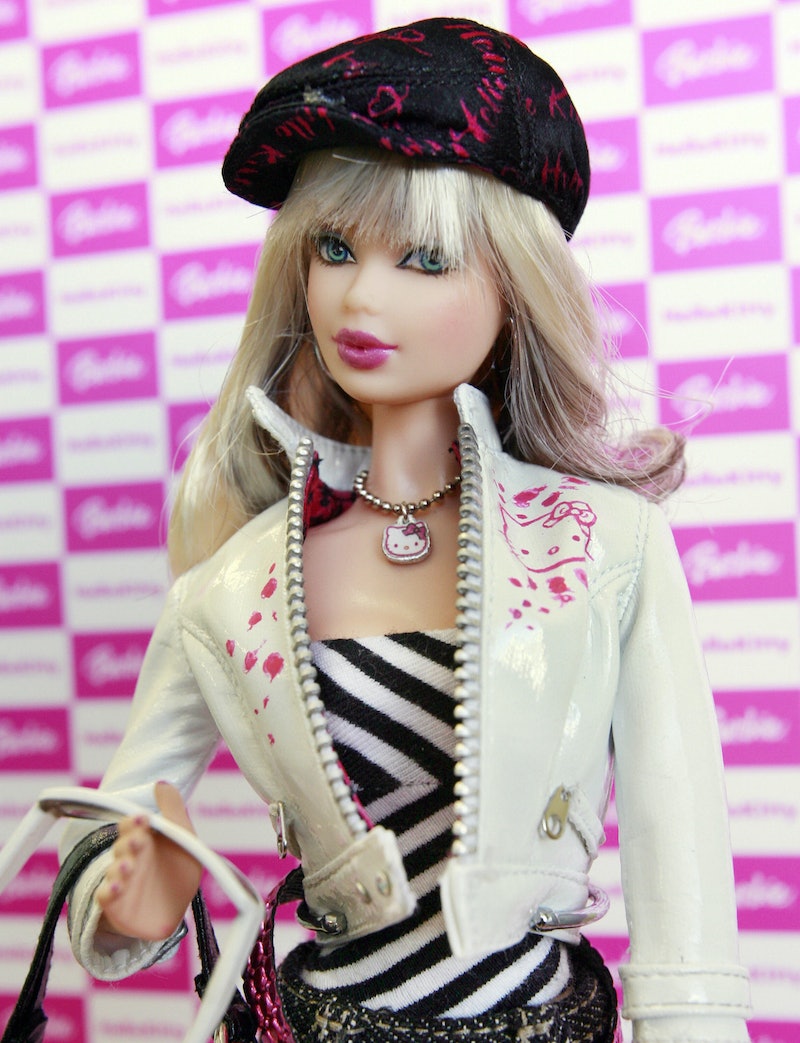 The best part of playing Barbies as a little girl was hands down giving them hair makeovers. Although, mine were nowhere near as chic as Jen Atkin's, who just created four hairstyles for Barbie, according to Seventeen. Upon closer examination, I have to say — these styles look pretty familiar. Spoiler: If you know who Atkin's most famous clients are, then you may have an idea of where this is headed.

The celebrity hairstylist, known for styling the Kardashian's famous tresses, teamed up with Mattel to create four new hairstyles for Barbie. I mean, the long straight hair was cool and all, but it's time she upped her hair game a bit, don't you think? While my Barbie hair makeovers would involve botched and jagged cuts with my patterned scissors and dye jobs courtesy of neon markers, the new styles are totally trendy and inspired by today's most popular cuts. And you've probably seen a few of these before.

Only two styles have been released so far, and they're so fierce, they already make me wish I was little again! The first is a high ponytail, which Atkin explained is "the definition of #ponytailgoals with a super thick, high, flirty textured pony a lot like versions I’ve done on several of my celebrity clients. I love how her dark strands pair perfectly with a dark lip, it’s so downtown NYC chic!"

Done it on her celebrity clients, hm? Now where have I seen this before...

You know you're influential when you're inspiring Barbie's hair.

The second style is, of course, the style of the moment: the lob. "Absolutely inspired by the chic models off the runway who always look amazing ON or OFF duty…this chic fashion lob with a dark root and light ends makes her so modern and fab! It’s perfect for day or night,” Atkin said.

I'm definitely digging the lob on Barbie, but this isn't the first fashion lob Atkin has cut.

We still have two more styles to be released, but my bets on Kim, Kendall, Kourtney (or maybe even Kris!) hairstyles filling those last two spots.

More like this
'Stranger Things’ Natalia Dyer Has A Genius Hack For Taming Her Fringe
By Tomi Otekunrin
The $6 Shower Essential That Julianne Hough Loves
By Olivia Rose Ferreiro
The $6 Drugstore Beauty Product Taraji P. Henson Uses Every Single Day
By Danielle Sinay
The Best Beauty Looks From The 2022 BET Awards
By Audrey Noble
Get Even More From Bustle — Sign Up For The Newsletter