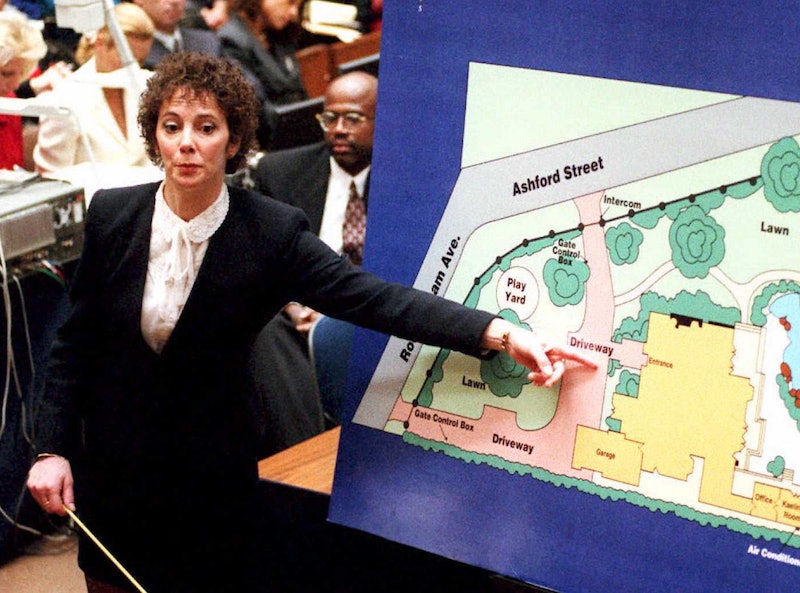 According to a report by TMZ, the LAPD has launched an investigation into a knife that was reportedly found by a construction worker at the home of O.J. Simpson "several years ago" (no official word yet on when that was), possibly when the home was being demolished in 1998. TMZ reports that the construction worker took the knife, a folding buck knife, to an LAPD officer nearby, and that the officer allegedly then kept the knife, with his knowledge of it not becoming known publicly until this year. So, what does the found knife mean for O.J. Simpson, who is currently behind bars in Nevada for "two kidnapping and two robbery convictions and one conviction for burglary with a firearm," according to USA Today.

(Update: On Friday, the LAPD held a press conference in which Andrew Neiman, a police captain, explained, "My understanding, I’m not an attorney, but it's my understanding from being a police officer for nearly 30 years that double jeopardy would be in place here, so we could not charge Mr. Simpson with the homicides that he’s already been charged with because he’s been acquitted." Neiman also confirmed that the knife is now in LAPD custody and that the name of the police officer who allegedly had possession the knife will not be shared with the public.)

TMZ reports of the knife situation,

[The construction worker] told the officer where he found the knife and the cop took it. Turns out the cop — who worked in the traffic division — was off duty at the time, working security for a movie shoot at a house across the street on Rockingham. Our sources say the officer took the knife home and kept it ... kept it for years.

This is significant because the murder weapon used in the murders of Ron Goldman and Nicole Brown Simpson was never found.

As for what this all means for Simpson, he cannot be put on trial again for alleged murder due to double jeopardy, which prevents an individual from going to trial for the same crime twice; Simpson was found not guilty of murder in 1995. Double jeopardy comes from the Fifth Amendment of the United States Constitution. In 1957, Justice Hugo Black described double jeopardy in his opinion in Green v. United States, saying,

The constitutional prohibition against “double jeopardy” was designed to protect an individual from being subjected to the hazards of trial and possible conviction more than once for an alleged offense ... The underlying idea, one that is deeply ingrained in at least the Anglo-American system of jurisprudence, is that the State with all its resources and power should not be allowed to make repeated attempts to convict an individual for an alleged offense, thereby subjecting him to embarrassment, expense and ordeal and compelling him to live in a continuing state of anxiety and insecurity, as well as enhancing the possibility that even though innocent he may be found guilty.

As of 2016, even though Simpson and the murders of his ex-wife and Goldman are, yet again, one of the hottest news stories — due in part to the popularity of American Crime Story — Simpson remains behind bars and is not up for parole until 2017. He faces a maximum sentence of 33 years, which began in 2007. But it's clear that this particular case remains the source of intense public scrutiny and fascination, and isn't going away anytime soon.