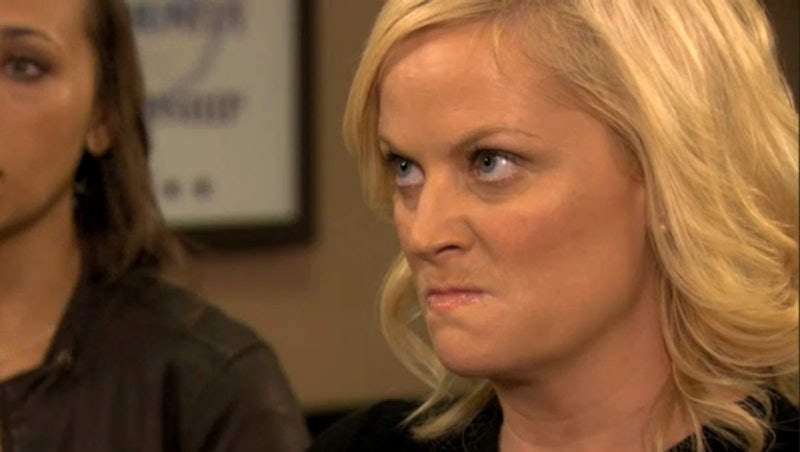 When something’s bothering you — really bothering you — nothing feels as satisfying as a good, long expletive-filled rant, calling out everything and everyone who has ever dared piss you off. It turns out, however, that negative moods are contagious, and complaining is bad for your health. While venting loudly and passionately might seem like a great way to blow off steam and dissipate your anger, science tells us that complaining actually only magnifies those bad feelings, spreading them to others, and creating a predisposition toward negativity in your own brain.

In Psych Pedia, author Steven Parton discusses the ways that negativity can actually reshape the brain. “Throughout your brain there is a collection of synapses separated by empty space called the synaptic cleft,” he explains. “Whenever you have a thought, one synapse shoots a chemical across the cleft to another synapse, thus building a bridge over which an electric signal can cross, carrying along its charge the relevant information you’re thinking about.” Parton claims that when synapses communicate with each other repeatedly, they grow closer together, decreasing the distance and effort it takes to transfer information from one to the other.

He suggests, therefore, that when you have the same type of thought or emotion over and over, it becomes increasingly easy for you to continue having that thought. “[W]hen the moment arises for you to form a thought,” he writes, “… the thought that wins is the one that has less distance to travel, the one that will create a bridge between synapses fastest.” So if you routinely have negative emotions, those feelings create synaptic pathways that essentially encourage you to keep having similar ones, because it is literally simpler for your brain to process those negative emotions than positive ones.

Research also shows that emotions are contagious. Scientists have observed that people tend to unconsciously mimic the facial expressions of the people around them. This mimicry helps us to interpret what someone else is feeling; if someone is frowning, we’ll instinctively frown, too, and that physical experience will trigger our own memories of wearing similar expressions and the emotions that triggered them. We will then take on, not only the expression of frowning, but the feelings that go along with it. Scientists have suggested that facial mimicry is essential to our ability to feel empathy. (Indeed, one recent study found that when people can’t mimic faces, due to facial paralysis, for example, they struggle to interpret and empathize with the emotions of others.)

This tendency to take on other people’s expressions, and, in turn, their emotions is essential to communication and socialization. But it also means that if you routinely hang out with people who constantly spew negativity, you’re going to feel all of those unhappy feelings, too (and, as previously stated, those feelings can eventually create a neural predisposition towards negativity in your own mind). And if you’re the one who’s always making your friends and co-workers listen to your complaints, then you are bringing those negative emotions into their lives.

Parton also points out that persistent angst is, on a very basic level, bad for your health. In an article about dealing with complaining co-workers, Fortune discusses the work of Robert Sapolsky, a professor of neurology and neuroendocrinology at Stanford University’s School of Medicine. Sapolsky researches how stress impacts the hippocampus, an important area of the brain associated with memory and learning. According to Fortune, “Sapolsky found that exposure to a stressor — such as listening to someone spread a nasty rumor at work — for more than 30 minutes leads to elevated cortisol levels that hamper synaptic connections and speed up cell death.” These negative experiences can ultimately have a damaging effect on cognitive function. Chronic stress can also lead to a host of other health problems, including heart disease, depression, digestive issues, lowered immune system, insomnia, and unhealthy eating habits.

Curbing our tendency to complain is both good for our health and for the other people around us, as is steering clear of people who just can’t help themselves from ranting endlessly. As Parton points out in a follow up to his original article, that doesn’t mean that we have to be positive all the time, that we can only spend time with others who are being positive, or that there aren’t legitimate reasons in the world to be unhappy or upset. “Complaining, in my mind, is not the same as talking vulnerably and honestly about hard truths. Nor is [it] the same as calling out injustice and fighting against it,” he writes. Rather, the things we need to rethink are “outright negativity-vomit and a constant need to turn reality into an enemy.”

Besides, as good as venting may feel in the moment, studies have shown that it doesn’t actually work. Instead of getting rid of anger and other negative emotions, venting only reinforces those feelings. “What people fail to realize is that the anger would have dissipated had they not vented,” Jeffrey Lohr, a clinical psychologist at the University of Arkansas, told Fast Company. “Moreover, it would have dissipated more quickly had they not vented and tried to control their anger instead.”