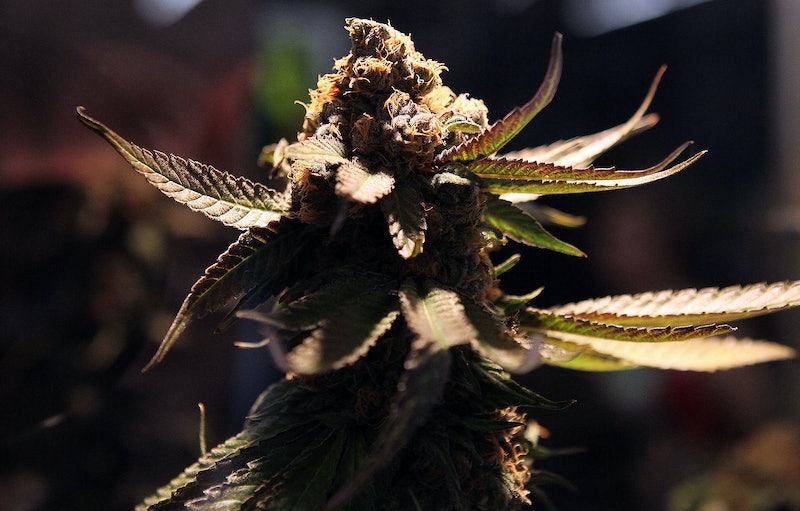 Last week, a new data report published in the American Journal of Epidemiology indicated that one in nine drivers involved in fatal car crashes had smoked marijuana before the accident — a figure that's three times higher than it was a decade ago, according to Columbia University's school of public health. The last ten years have seen the tide of public opinion turn in favor of marijuana: Colorado and Washington have legalized the drug, and a handful of other states are considering doing the same. This latest, foreboding research is the latest of a string of studies about driving stoned that have reached contradictory conclusions: Some say that the legalization of marijuana has been linked to less fatal car crashes, and other researchers deduce that driving high has little to no effect on traffic accidents.

So, once and for all: How dangerous is it to drive stoned?

Well, it's a hard question to answer, scientifically, because of the very nature of being high. Unlike blood-alcohol levels, it's hard to estimate the amount of THC in the bloodstream — the metabolic processing of marijuana isn't as well-understood, so it's not easy to measure just how stoned a driver is. This makes it trickier to figure out just how high a person needs to get for their driving to go awry.

Colorado recently passed a law forbidding drivers to have more than five nanograms of THC per milliliter of blood, but experts have said that that's a bogus limit, because there's no real way to establish a legal driving-while-high threshold.

Interestingly, some research has shown that states that have legalized medical marijuana end up seeing less drunk-driving, and, therefore, less traffic fatalities. It's been speculated that this is because the state's citizens cut down on alcohol use in favor of getting stoned — and since driving stoned is less dangerous (comparatively) than driving drunk, this might lead to a decrease in traffic accidents.

Here's what we do know: Stoned drivers behave differently from drunk drivers. Stoned drivers are more aware that they're intoxicated — the opposite applies for drunk drivers — and so they tend to actually drive more slowly and carefully. Therefore, drivers who are a little stoned are generally safer drivers than those who are a little drunk. As a rule, drunk driving has been understood to be far more dangerous than driving when high.

Unlike research into drunk-driving, the conclusions about driving while high are all over the place. Along with the Columbia research, it's also been found that habitual pot-smokers actually drive safer than sober drivers; that legalizing medical marijuana reduces traffic fatalities; and that the risk of minor collisions while high isn't significantly increased.

Here's what we know for sure: Driving while you're more than a little high — that's to say, moderately to very high — is associated with more serious accidents, in particular fatal accidents. The logic goes like this: While high, you would probably be aware you're high and would be driving slowly and very carefully, so minor collisions might be avoidable. But if a situation comes up that requires quick reflexes, you might not manage it. Those few extra seconds of delayed reaction — for example, to a traffic light quickly changing, or a pedestrian running in front of a car — are associated with more severe accidents, such as a car flying off the road or slamming into a person or vehicle at top speed.

Interestingly, some research has shown that states that have legalized medical marijuana end up seeing less drunk-driving, and, therefore, less traffic fatalities. It's been speculated that this is because the state's citizens cut down on alcohol use in favor of getting stoned — and since driving stoned is less dangerous (comparatively) than driving drunk, this might lead to a decrease in traffic accidents.

Of course, that's not to say that driving high is in any way safe, as indicated by the Columbia University study, which saw far more pot smokers behind the wheel during fatal car crashes than a decade ago. That's also not to say that deadly car crashes are on the rise. Just that as marijuana use becomes more accepted, more popular, and more legal, more people are getting high — and more of them are behind the wheel during a crash.