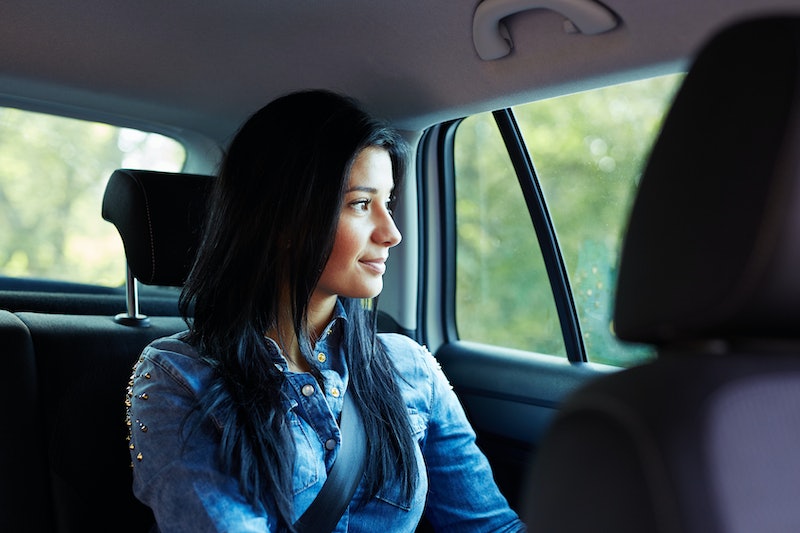 There are a lot of ways I’m not the “average American.” I don’t have a landline phone, I’m not married and I don’t eat 60 pounds of chicken per year. I’d say the main thing separating me from your average Joe(sephine?), though, is that I don’t own two vehicles or spend 25.5 minutes per day driving.

That’s not just for lack of a job requiring me to go outside; it’s also because I can’t drive.

My handicap isn't entirely self-imposed. I did (sort of) try to learn to drive, though my total indifference to cars might have something to do with my failure. I passed my permit test (I can totally recognize a stop sign!) and took a whole summer’s worth of driver’s ed, only to flunk my road test within the first few minutes.

The thing is, I’ve never really liked cars, whether I’m in the passenger’s seat or behind the wheel. My earliest memories of cars involve sitting in the backseat, rolling the window down as far as it would go and burying my face in a pine needle pillow while clutching a sick bag. (Actually, the smell of pine needles now makes me feel nauseous, too. Yet another thing confining me to city life.)

The other thing holding me back is that I’ve come to appreciate the advantages of not driving. On road trips, you never have to take your turn. If you venture outside the domain of the subway on a night out, you never have to be the designated driver. Some of the roles I’ve invented to convince my friends I’m not a waste of gas include designated DJ and designated entertain-the-driver-by-coming-up-with-creative-“would you rather”-scenarios. (E.g. would you rather: Be locked in a Porta Potty for 24 hours with Mick Jagger while he sings “Satisfaction” over and over or hear him sing it once in a non-disgusting location on condition that you die if you ever tell anyone about it? Actually, I’m not sure I really earned my place in that car.)

One thing I did learn from being on the road in driver’s ed is that, to a surprising extent, you can rely on other drivers to avoid you. But, in the long run, I don’t think that’s a good strategy.

Which is why, until the self-driving car is perfected, I’ll be making the roads safer for everyone by sticking to group transport or my own two feet. (I’m basically the best unintentional environmentalist ever.)