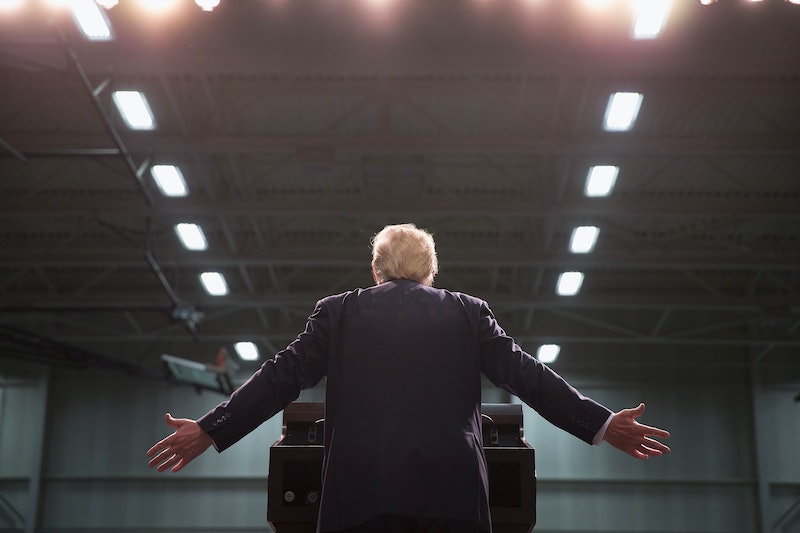 The last few weeks ― nay, months ― have been ushering everyone into some real "blast from the past" territory, from O.J. Simpson to Donald Trump to another Clinton in the White House. It's almost as if the people most central to our shared political and cultural experiences two decades ago are back in full-force, or at the very least, pretty close approximations. It's enough to make you wonder: Between Clinton and Trump, are we back in the mid-'90s again, or is life just fated to play out in these familiar cycles?

Maybe you've noticed some of the striking similarities, as best represented by a trio of players from the past who are being reinvigorated and revisited now, in 2016. Look at it like this:

All we need now is a Full House reboot, and... oh, hang on... There's no doubt that we're living in an age of reheated nostalgia right now, and for a great number of millennials, that nostalgia is rooted deeply and firmly in the pop cultural landscape of the 1990s. But even so, it's pretty striking just how many things feel the same all these years later, like rhyming echoes through the years.

And hopefully ― or, at least, if you're a Democratic or progressive voter ― the electoral outcome in 2016 will look a lot like the ones in 1992 and 1996, too. Suffice it to say, this might be the last, best chance for a member of the Clinton family to reclaim the White House (assuming Sanders' candidacy continues to fail so massively with a majority of black voters). And with Trump in position to seize the Republican nomination, the stakes have rarely been quite so high.

More like this
YouTuber Runs Into Margaret Sanger’s Grandson While Filming
By Alexis Morillo
Police Shove 'Full House' Star Jodie Sweetin At An Abortion Rights Protest
By Radhika Menon
How To Fight For Reproductive Rights, Based On How Much Time You Have
By Courtney Young
How 5 People Upended Their Lives To Fight For Abortion Rights
By Hannah Smothers
Get Even More From Bustle — Sign Up For The Newsletter