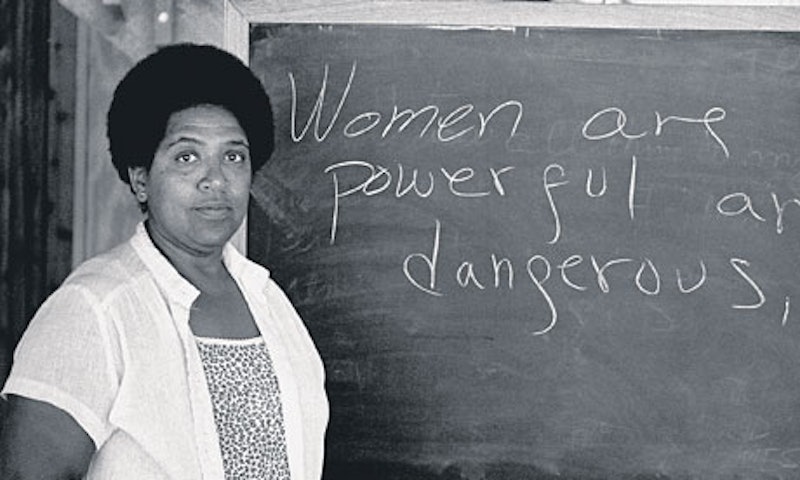 There are tons of great feminist books out in the world today, creating new feminists, challenging dated exclusive concepts of feminism, and keeping feminism and feminists up to date with the times. But, as well-read and down-with-the-cause as you are today, you weren’t always reading scholarly tomes and feminist theory that you happily dive into today. Yet, we all started somewhere, thanks to all of those awesome authors who’ve been inspiring young kids and dosing us all with bits of feminism from the time we were in diapers to now.

Ever since you were a just a little wee babe of a book nerd, you’ve been reading awesome books by and about women that, little did you know at the time, were turning you into the feminist you are today. Maybe it was a tomboy protagonist who taught you that there are so many different ways to be a woman. Maybe it was story of sisters who had each other’s backs as they came of age and faced the gender-mad world. No matter what, every feminist can trace the roots of her feminism back to an author or two or 50. These are some of the authors that a great deal of us have to thank for making us the feminists we are today.

Good ol’ Jo March… She was likely a lot of young tomboyish girls’ first sigh of relief in literature. Finally, another girl who was brash and liked to run around with the boys! Of course, it wasn’t all about Jo though. Louisa May Alcott and her Little Women taught us that there are plenty of ways to be a woman, all of them valid and awesome.

I mean… Rosalind from As You Like It, Katherina from The Taming of the Shrew, Portia in Merchant of Venice… I could go on. Shakespeare’s women often had to dress up as men to get their way in a world where women were barely allowed a voice, but even in dresses and curls they spoke up and stood up for themselves in a way that probably made high school budding feminist you smile. Sure, sometimes it was when you disagreed with Shakespeare's characters, too, that ignited your feminist spark.

Whether you first encountered her works in a biography or in a collection of her own speeches, the first time you heard those beautiful words — “Ain’t I a woman?” — you just HAD to know who this Sojourner Truth was. Her question felt like more like a declaration — AIN’T I a woman! She was an activist, not an author, by trade, but she created those speeches and dictated her memoirs, and they've had an empowering effect on generations of young people.

The story of Esperanza in The House on Mango Street as she struggles to define herself as a young person and as a woman while growing up between two worlds was the story of a whole generation of young women, told in a popular novel for the first time. We identified pretty hard with her coming-of-age struggles and your budding feminism started to kick in when she finally took her life into her own hands and decided that helping others was her destiny. And then, of course, Woman Hollering Creek helped you graduate to full-blown adult feminist.

First, of course, there was How The Garcia Girls Lost Their Accents and its bright spotlight on the struggles and triumphs of young women coming of age in a political world. That book made young women feel that their stories were important, despite the male-heavy focus of so much YA literature. And then, years later, Alvarez gave you the story of the insanely badass revolutionary Mirabal sisters with In The Time of Butterflies and made you want to start your own revolution. That’s the thing: Alvarez’s works are feminist not just because they portray amazing women, but because they create a space for the stories of women in histories and narratives and politics where their stories usually go untold.

The great thing about The Color Purple was how both male and female gender roles were upset and broken. Often the characters had to overcome their own expectations as well as society’s. But Walker’s feminism didn’t mean that the male characters had to be brutes or two-dimensional characters. She really showed how feminism is the work of everybody, all genders.

bell hooks’ books alone could probably fill the shelves of a personal feminist library. She is insanely prolific and her books never stray far from feminist topics. Really no matter which of her many books you read, it was likely a feminist awakening.

Audre freaking Lorde! By the time you got to Audre Lorde, you were probably already a feminist and ready to take on the world. Lorde was the one who made you take a seat and realize that you still had so much to get angry and outraged about, that you still had so much to learn and that if you really wanted to be a feminist you’d have to realize that you’d be learning forever.