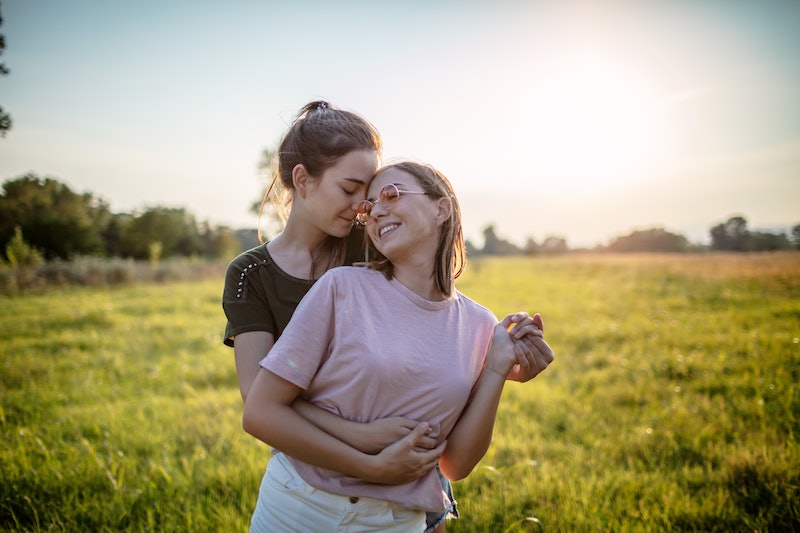 If your social media feed looks anything like mine, then nearly everyone you know has nothing but primaries and politics on the brain. Debating the election is one guaranteed way to get hot and bothered, and if you're curious how you'll fare using personal punditry to get some action, look no further than the internet's latest political dating sites.

Match's recent Singles In America survey found that 47 percent of Millennials wouldn't date someone with different political beliefs, and that one in three Millennials feel it's best to talk politics on a first date to get it all out on the table. So if our political views are that important, it makes sense a political dating app or site would be the only option for some. Still, most dating apps provide room for expressing political views, so it's unlikely you'll find the perfect babe on OkCupid only to discover they're a raging anti-choicer or they think that America should be invading more countries. On the other hand, you never know...

So if the idea of coming across a Republican or Democrat or Socialist or Independent curls your toes (and not in the good way) here are four politically-minded dating sites that could be for you:

Wanna score with someone who feels the Bern as much as you do? Look no further than Bernie Singles, a new dating site that already has nearly 8,000 singles looking for a love unencumbered by special interests and Wall Street.

Are you a dyed in the wool Republican looking for a mate who won't make your red state blue? Then Conservatives Only might be for you.

Do you want the government off your property and out of your personal life? "If you believe in free will, individual liberty, and personal responsibility, Libertarian Passions is the site for you."

If you've ever been described as a bleeding heart by the folks who might sign up for Conservatives Only, then Liberal Hearts is probably your best bet. This site caters to singles who are Democrats, Progressives, and activists of all kinds.