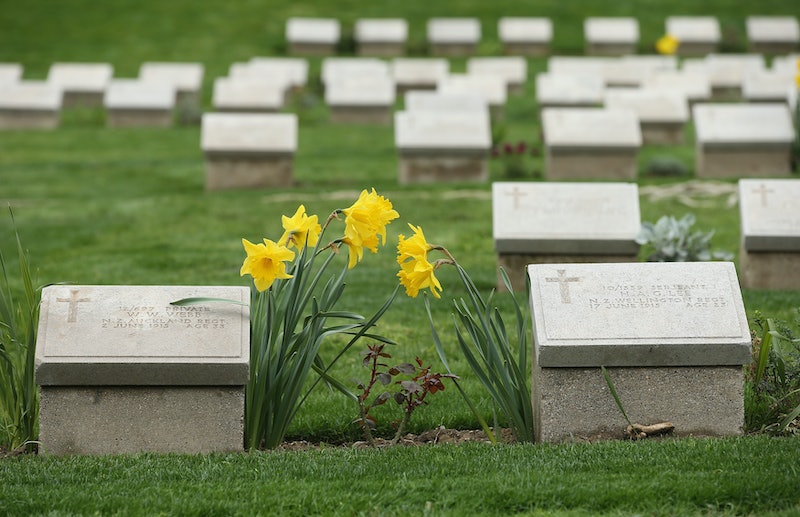 There are a lot of ways different people might describe Facebook — addictive, irritating, the worst place to ever be in an election year — but what with all the emojis, peppy ads, and cute baby pictures, you don't generally think of it as creepy. But it turns out Facebook could eventually become the world's largest cemetery — assuming that it just sticks around long enough for the dead to outnumber the living. Which sort of puts the site in a different perspective. The only question, really, is when it's going to happen.

The thing about Facebook is that, even though there are ways to delete your account, Facebook won't automatically just delete or deactivate it after you die. A loved one who has access to your account can do it for you, and if your family wants the page deleted but doesn't have your password, they can submit a death certificate to Facebook to have the page deactivated or deleted. But in a lot of cases, the accounts of deceased Facebook users aren't deactivated or deleted, but rather are "memorialized," meaning all your account information is still there, but the account now says "Remembering [Your Name]" and becomes a place for friends and family to share memories of you. But the account still exists.

So what does all that mean? It means that even though you think you're hanging out and arguing about politics on a social media network, really you're spending time in your future virtual graveyard. So when is Facebook going to become, essentially, a glorified digital cemetery?

Well, according to statistician Hachem Sadikki, who was consulted by Fusion, based on the rate of growth in Facebook users and users average life-expectancy and a lot of math, it seems that the dead will outnumber the living on Facebook in the year 2098.

Now those calculations do rely on a few key assumptions, firstly that virtually all deceased users will be memorialized instead of having their accounts deleted, and secondly that Facebook's exponential growth will eventually taper off. Which might not be the case. But Fusion still maintains they think the estimate is probably about right. And either way, Facebook currently has about 1.5 billion users, so assuming that the social media site is still around a century from now, that's going to be a lot of virtual tombstones.

Of course, if you assume that the turn of the century will mark the point at which Facebook becomes more cemetery than social, the question then becomes: Will you be one of the users or one of the graves?