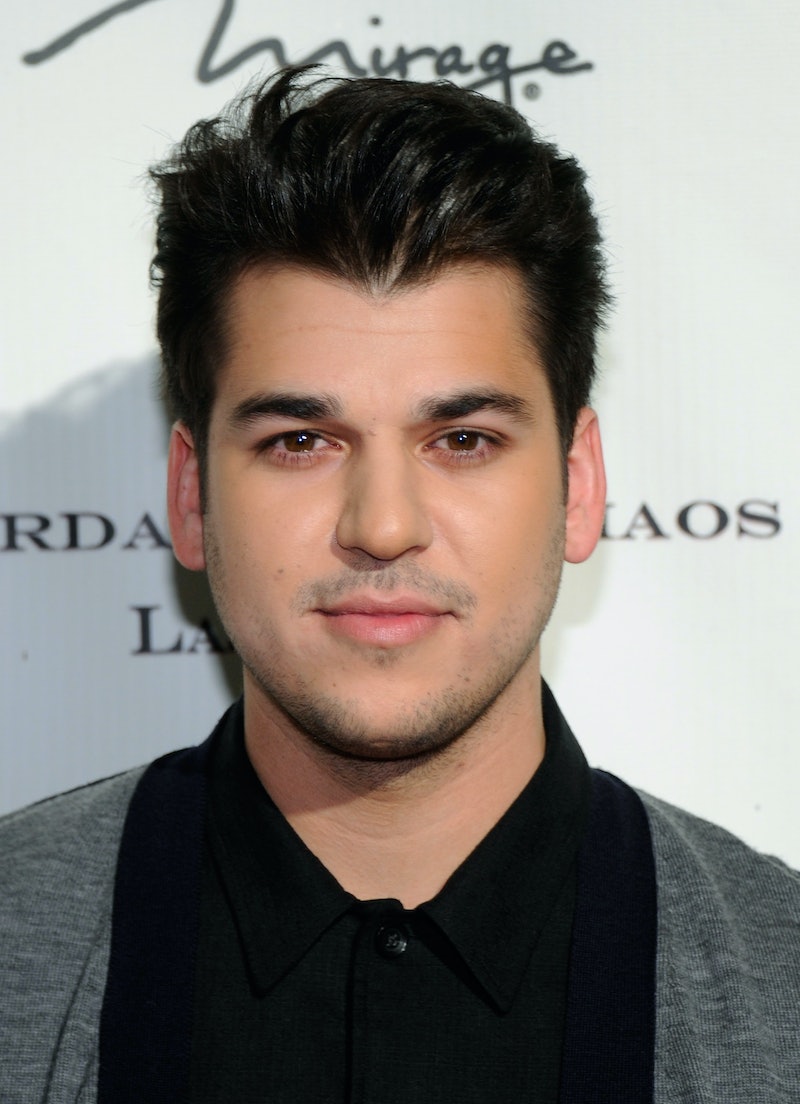 Despite reports that their relationship was over just as quickly as it began, Rob Kardashian and Blac Chyna are still together, as Kardashian clarified late Sunday night. Instead, they're just making a conscious effort to keep details about their relationship closer to the vest and less on social media. Is it ironic that he wrote about this on Instagram?

"Chy and I are not broken up we just feel like it would be a lot healthier for our relationship if we kept a lot more to ourselves," he captioned a super close-up selfie of himself and Chyna. "It's impossible to have a positive relationship with so much negativity from the media and outsiders and we would appreciate it if everyone respects that -ChyRo."

While it's an admirable goal — and something that will honestly probably help their relationship in the long run — it is a complete 360 from the social media-heavy romance they've been promoting since January. In fact, Kardashian's relationship with Chyna could be seen as the catalyst that got the reality star out of his self-imposed seclusion, going from a complete aversion to the spotlight to suddenly oversharing on Instagram. Because in addition to the frequent selfies that the pair have shared, Kardashian, especially, has been all about that Blac Chyna meme life.

"When the p*ssy good but your family don't like her so you drop your family and become an orphan," read one text meme that Kardashian posted in February.

"Blac Chyna probably out shopping rite now as she plan to give birth to the only next generation of the Kardashian name! #babyKardashian," read another that he re-posted at the start of their relationship.

Also, never forget the time that Kardashian, 28, and Chyna, 27, gave followers a bizarre and super intimate look at the inside of Rob's kitchen pantry. The reality star, who was recently diagnosed with diabetes after gaining more than 100 pounds, according to Us Weekly, took fans on a tour of all the food in his home — most of which was met by an actual "WTF" from his girlfriend.

While the pair has been super open in the past, it's worth noting that Kardashian took to Instagram this weekend to delete all of his past pictures and videos — proof he's keeping good on his word to keep things a little more private. And aside from the initial post announcing the couple's intentions to keep things to themselves, maybe they'll actually follow through with their plans. Only time will tell.