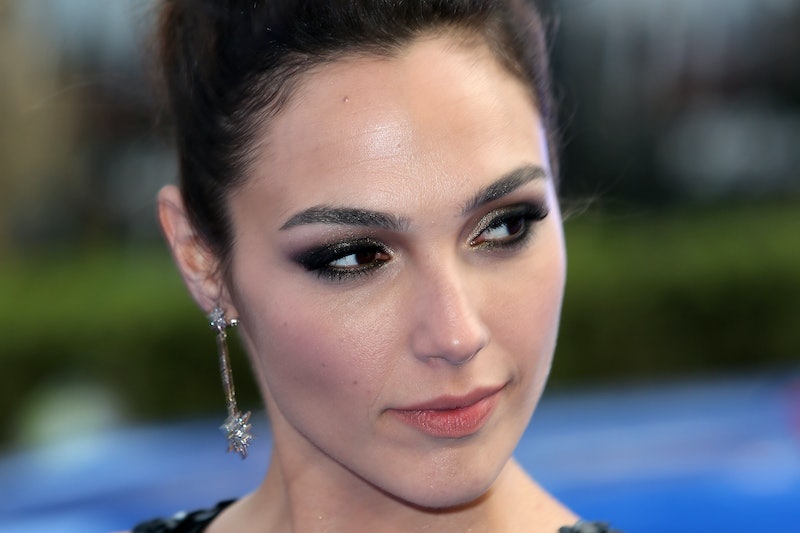 I hope you weren't thinking of messing with the star of the upcoming Wonder Woman movie anytime soon, but if you were, Gal Gadot's response to criticism about her body should talk you out of it real quick-like. I'm sure no one reading this right now had anything to do with this, but apparently some fans of the franchise have felt it to be their place to share opinions about what size Wonder Woman's breasts should be. And, in particular, how Gal Gadot's breasts compare, or don't, to their expectations. In short, these critics feel that Gadot's chest is too small to play a fictional character who was literally drawn into being. Great. Good job, everybody. Welcome to 2016. But I honestly shouldn't even waste my scorn on these people, because Gal Gadot herself did such an impeccable job of shutting them down, with her own personal brand of body positivity and comic book knowledge.

In an interview with Glamour , Gadot pointed out the hypocrisy of her detractors calling for a larger and "more accurate" bust, saying, "In one interview I did say, ‘If you want it to really be true to the origin story, the [myth goes that] Amazons had only one breast; otherwise it would get in the way of the bow and arrow.' So!" An excellent point, and one that should have shut up anyone whining about being true to the comic.

But Gadot didn't stop there, also embracing the changes her physique has undergone for the role:

I’ve gained about 17 pounds [for the role], and it’s all muscle. I feel so much better now. When you feel strong, it changes everything: your posture, the way you walk. I look at photos from five years ago and think, ‘Whoa, I was too skinny. It’s not cool.'

When you feel that strong and great about yourself, there's really nothing that any nitpickers can say about your body that will affect you at all. I'm so proud of Gal Gadot for really owning it and letting the nonsense roll off her back. It's like this lady is some kind of real-life superhero or something.