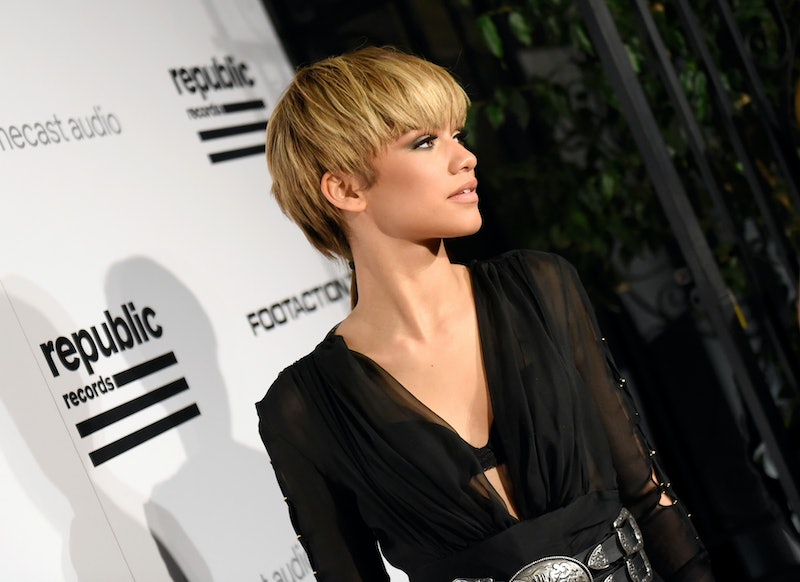 Stop what you're doing! It's been announced that Zendaya has been cast in the Spider-Man reboot, and this is officially more important than anything else you were planning on doing. There's no word on what her character will be yet, but just the words "Zendaya will be in Spider-Man" should be enough to get you excited about the possibilities. This is, of course, the reboot starring Tom Holland, not the reboot starring Andrew Garfield, or the one starring Tobey Maguire, so the options are very much open when it comes to the role Zendaya has landed. Which is why I'm pouring all my hopes and wishes toward Zendaya being the new Mary Jane Watson, best friend and love interest to the one and only Peter Parker, and, in general, a pretty kick-ass character that I'd love to see Zendaya tackle.

Mary Jane, or "MJ," as she's sometimes known, is a character previously played by Kirsten Dunst and Shailene Woodley in each of their respective series, although Woodley was cut from hers. I would be delighted to see the role go to an actress of color for once. And before you even say anything, naysayers, let's not forget that this is a fictional character who was illustrated into being, so there is literally no limit to what she could look like, no matter how dead-set you are that Mary Jane be a red head with porcelain skin. (But honestly, bring it on, because I can't wait to shut you down with all the brilliant think pieces that are already out there from when Quvenzhané Wallis was announced as the next Annie. Way ahead of you, bigoted America.)

But it's not even that overly-optimistic to think that this could happen; Zendaya and Tom Holland are both the same age, 19, and are both super cute and talented, so they would make sense opposite one another. I hope this is the role that producers already have in mind for our girl in the Jon-Watts directed reboot, which also already stars Marisa Tomei as Aunt May, but if not — this is your wakeup call. My fingers couldn't be crossed any more tightly.