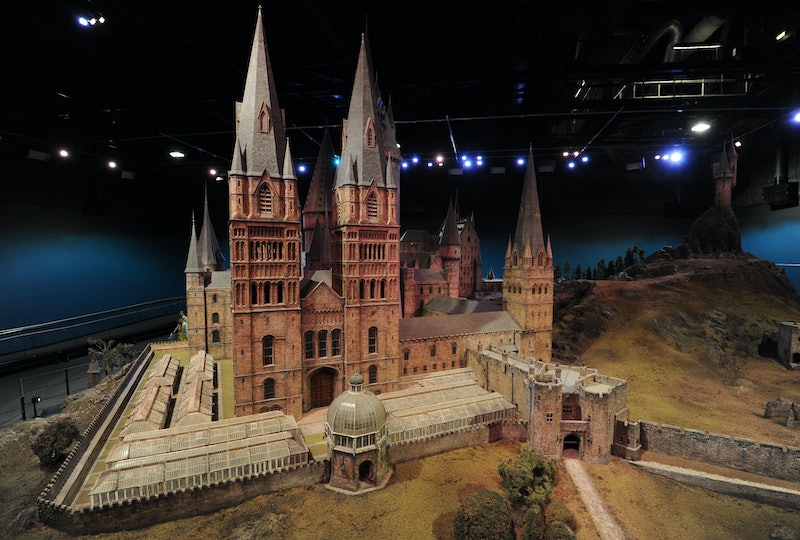 If you completely lost your cool when J.K. Rowling first revealed the name of the American wizarding school, prepared to banish your cool altogether. This week J.K. Rowling will introduce four new, original stories about the North American wizarding world through Pottermore. The stories will detail the history of magic in North America — and there's even a teaser video trailer, just in case you weren't already sufficiently excited.

The wizarding world of the Harry Potter universe might be one of the most vivid fantasy worlds ever created, and since the series ended, Rowling has only expanded it, not only revealing tidbits about characters from the book or providing information on things like the history of Quidditch, but also adding information on what it's like to be a witch or wizard around the world. Last year, she revealed the name of several other wizarding schools, including the North American school, Ilvermorny. And now she's providing more information on what life would have been like for us American kids if we really had gotten that Hogwarts letter — or rather Ilvermorny letter — like we always dreamed.

According to the video, the new stories will cover four topics, including Ilvermorny, witch trials, skin walkers, and the Magical Congress of the United States of America, which is presumably our version of the Ministry of Magic. So that all sounds absolutely fascinating.

I will admit to being a little nervous here. I mean, any American kid who grew up on Harry Potter has imagined what it would be like if we could join the secret magical community of the books. And while the new stories seem mostly focused on history not the present, what if they don't mesh with the way we've imagined it all these years? Plus, I'll be honest, there's a long standing tradition of fantasy authors failing to do things like the witch trials justice, not to mention making a real mess of any attempts to incorporate Native American legends and religious beliefs, such as skinwalkers. But this is J.K. Rowling after all, so I am still incredibly excited to see how she imagines North American wizardry.

Fortunately, we don't have long to wait for these stories. The first piece will be rolling out on Tuesday, March 8 at 9 a.m., Eastern Time. As with most of Rowlings's new Harry Potter tidbits, it will be available only at Pottermore, and it will be followed by three other pieces later this week.