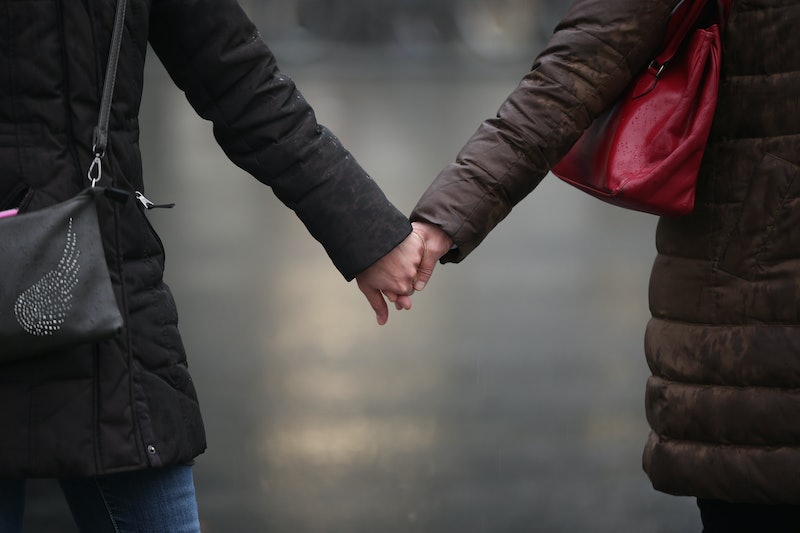 Together for Girls, a public-private partnership that works to end violence against children globally, launched its "Every Hour Matters" online campaign on Monday to increase awareness of the critical importance of rapid access to post-rape care. Together for Girls works with governments and international organizations, including UNICEF, USAID, and the United Nations Population Fund, to foster awareness of and increase access to post-rape care around the world, addressing the unique needs of different communities. The primary purpose of the "Every Hour Matters" campaign is to spread the word about the important timeframes for post-rape care. Certain interventions are needed within 72 to 120 hours of a rape to prevent possible serious health consequences.

Sandie Taylor, director of communications and operations at Together for Girls, tells Bustle that most people around the world aren't aware that medication exists which can prevent HIV infection up to 72 hours after a sexual encounter. She also says that emergency contraception can be effective at preventing unwanted pregnancy for up to 120 hours, though it is most effective within a 72-hour window. This lack of awareness about the potential for preventing HIV and unwanted pregnancy could translate to women not making more use of preventive services.

"There's growing awareness of the timeframe for Plan B, especially in the U.S.," says Michele Moloney-Kitts, director of the Together for Girls partnership. "There's not the same knowledge around the prevention of HIV." Moloney-Kitts also emphasizes that psycho-social support is something rape survivors deserve at any time after the experience.

Moloney-Kitts points out that lack of awareness isn't the only reason people around the world don't seek post-rape care. "Often people think it's their fault, and they're scared and don't want to get the police involved," she says. "We want to communicate that every person who is raped deserves and has a right to post-rape care. But the window is small [for HIV prevention]."

Around the world, additional barriers exist to post-rape care. "Part of [access] is knowing you have that 72-hour window, and part is knowing where services are," Moloney-Kitts tells Bustle. "That may be easy in the U.S., although in remote rural areas or on Native American reservations, it might not be quite as easy. And it's much more difficult in Nigeria or Haiti."

Moloney-Kitts stresses how frequently young children and teens are victims of sexual abuse, and how young people face even more difficulty in obtaining post-rape services. The Violence Against Children Surveys from several countries, conducted by Together for Girls' partners, found that one in seven boys and one in three girls experience sexual violence in childhood, and that more than one in four girls' first intercourse was unwanted. "Often, services are not set up for young people, so they'll need extra support sometimes just to get into a health center," Moloney-Kitts says. Together for Girls works with its global partners to identify and address barriers to access in different communities.

We want to communicate that every person who is raped deserves and has a right to post-rape care.

The "Every Hour Matters" campaign website contains information on how you can act to increase awareness of the importance of rapid post-rape care. It also contains resources, such as social media graphics, which you can easily share to spread the word about physical, legal, and psycho-social support. Finally, you can donate to Together for Girls and help the partnership further its mission of spreading both awareness and access to care in the U.S. and abroad.

"Because of the high prevalence of rape, as a community, we have two important things we can do," Moloney-Kitts says. "We have to take whatever action possible to prevent rape, most importantly. But should someone have this horrifying experience, this incredible violation of their human rights, then as a global community, we have a responsibility to make sure they have access to comprehensive care to get the emotional and physical support they need."