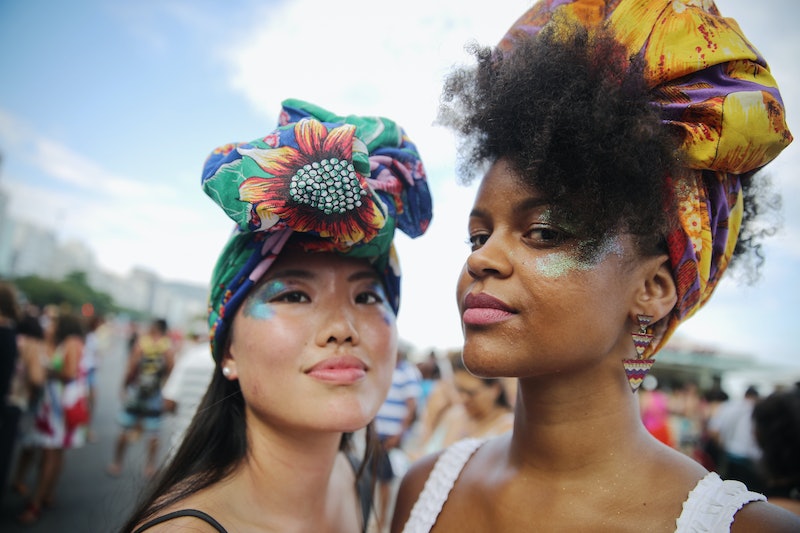 The Gender Parity Index was designed to measure and compare male and female access to education. More broadly, "gender parity" speaks to the inequality that persists in so many areas of women's lives, and not only at school. Though bias against women is not always conscious, they often experience fewer opportunities in the workplace, as well as in social scenarios in their communities.

Because that's what this year's day of celebration is about, right? Completing the pledge takes literally less than a minute. It asks you to recognize your role in global goals, like helping girls achieve their ambitions or calling for gender-balanced leadership.

What's better than a party? A party for a good cause, and a party that is totally unplanned and spontaneous. International Women's Day is saying that you should do both. If a few hours really isn't enough time to plan an event at your own workplace, then don't fret. That's what the rest of the year is for.

Encourage The Women Around You

It wouldn't be hard for a girl to believe she can only achieve so much if everyone around her is expressing that sentiment. Tell the ladies both young and old in your life that education is a right and that any career field is available to them.

Open Your Company Up To More Opportunities For Women

You don't have to swing for booking J. Law for a speech on her advocacy for closing the pay gap in Hollywood. Asking a women's equality advocate or a leader in your own community to share their personal story could be just as impactful.

Consider Running For A Public Office, Or Nominate A Female For A Leadership Role

If those folks on the town council or the public school system's board of education just haven't been living up to your expectations, then consider campaigning for the position yourself. Or maybe there is a serious gender imbalance on the council. In that case, connect with that female friend who is seriously good at speaking and understands the needs of the community, and suggest that she run.

If you're not ready to take on the aforementioned option, that's OK. Maybe politics is not your gig of choice. Taking selfies, though, is an activity of choice for just about everyone, so snap a photo and use the hashtag #PledgeForParity when sharing it on social media.

Believe That Women's Contributions Are Equal To Those Of Men

What's the best part of getting involved in #PledgeForParity? Even what may appear to be the smallest act can have an impact. When IWD sponsor Ernst & Young invited their employees to select one pledge related to women's advancement within the company that resonated best with them, more than 2,700 pledges were made in two months. That could mean serious progress.

More like this
Iran Has Issued A Death Sentence Over Mahsa Amini Protests
By Catharina Cheung, Darshita Goyal and Maxine Harrison
Buckingham Palace Aide Resigns Over “Unacceptable” Comments To A Black Guest
By Shahed Ezaydi
Ayurvedic Principles & Family Are At The Root Of Fable & Mane
By Justine Knight
It’s About Time Black Girls’s Voices Were Heard – & 'Girlhood Unfiltered' Is The Start
By Paula Akpan
Get Even More From Bustle — Sign Up For The Newsletter