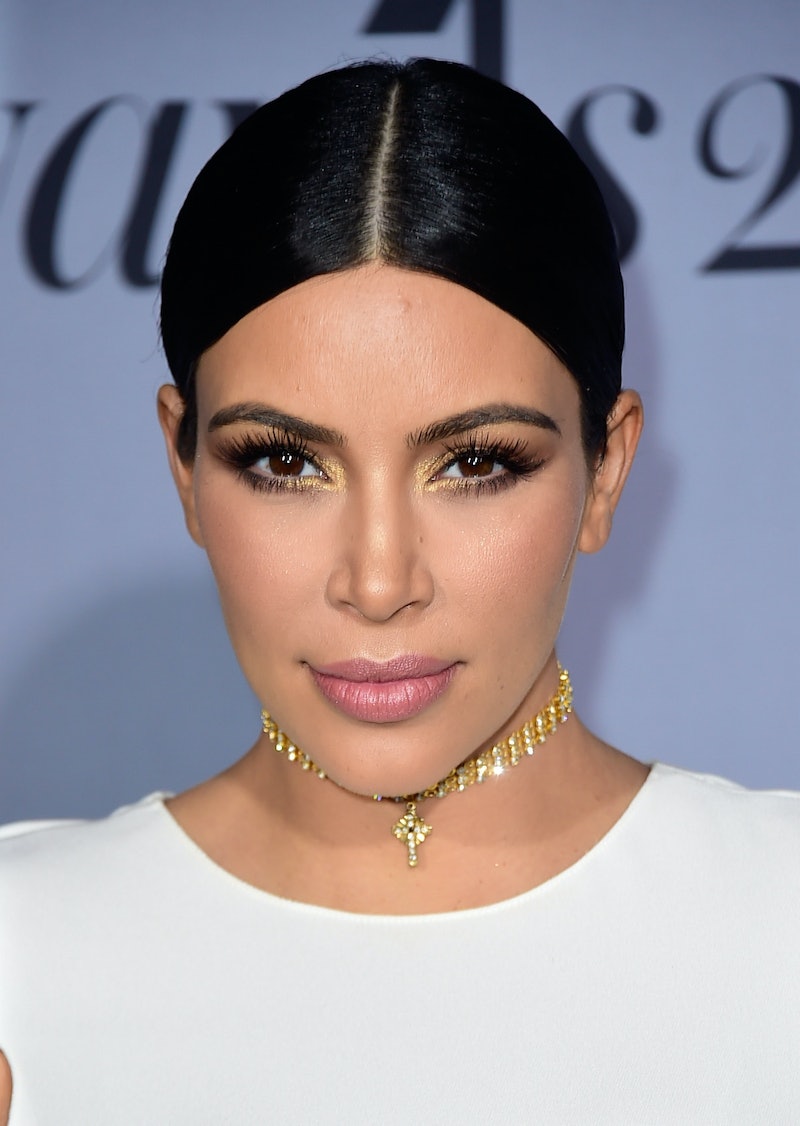 Kim Kardashian and her family have always been a little controversial, but I've always thought that they deserve more credit than most people give them... especially now. After sharing a nude selfie on Monday morning that got everyone talking (good and bad), Kardashian fired back at haters in the best way possible: A hilarious Twitter rant. Suddenly, the reason why she and Kanye West are soulmates has become even more clear, as the Twitter rant is kind of his specialty. Except for one thing: Kardashian's social media tirades are way better than West's.

But before we can compare the two, we have to start at the beginning. In the tweets, which she shared late Monday night, Kardashian explained that the photo is actually an old one before tossing out a few well placed disses to her haters... and then called out Bette Midler and Chloë Grace Moretz for the tweets they posted mocking her photo. OK, so the whole thing is kind of ridiculous, but it's also seriously entertaining, and she does manage to make a few good points. And the differences between her tweets and West's are so obvious. Her husband might be the original Twitter ranter, but Kardashian is clearly winning this race.

Stage One: She Reveals Her Plan

Where West's rants typically come out of left field, Kardashian was very deliberate about what she was going to do. And from the start, she kept a good sense of humor about it. When West tweets, nobody's really sure if he's being 100 percent serious or not.

Stage Two: She Clears The Air

Very graciously, I might add. West, take note: There's a conciseness here that you could benefit from using when tweeting.

Stage Three: She Sticks It To The Haters

Instead of going straight for the jugular like West might, she brushes off their criticism with a joke. Success is the best revenge, right?

This is something she does just as well as West — calling people out by name. OK, it's not always the classiest move, but can we blame the girl for wanting to defend herself? The only thing I don't like here is the fact that she was rough on Moretz, who just retweeted Midler's comment and seemed to respectfully disagree with Kardashian. And let's remember, she's only 19.

Stage Five: She Treats Us To A Priceless Kimoji

You sip that tea, girl. You sip it.

Sorry, West, but you have been dethroned. Kardashian's rants are done in a way where she's actually coherent and not pulling "facts" out of thin air... and she gets to the point and moves on, which I can definitely respect. Plus, you know, there's no blatant misogyny here, so that's definitely a bonus.

If Kardashian wants to keep sticking up for herself like this is in the future, I'm here for it. And if she wants to keep posting photos of herself, she shouldn't let the criticism stop her. Even Kim Kardashian deserves those moments where she's just feeling herself!