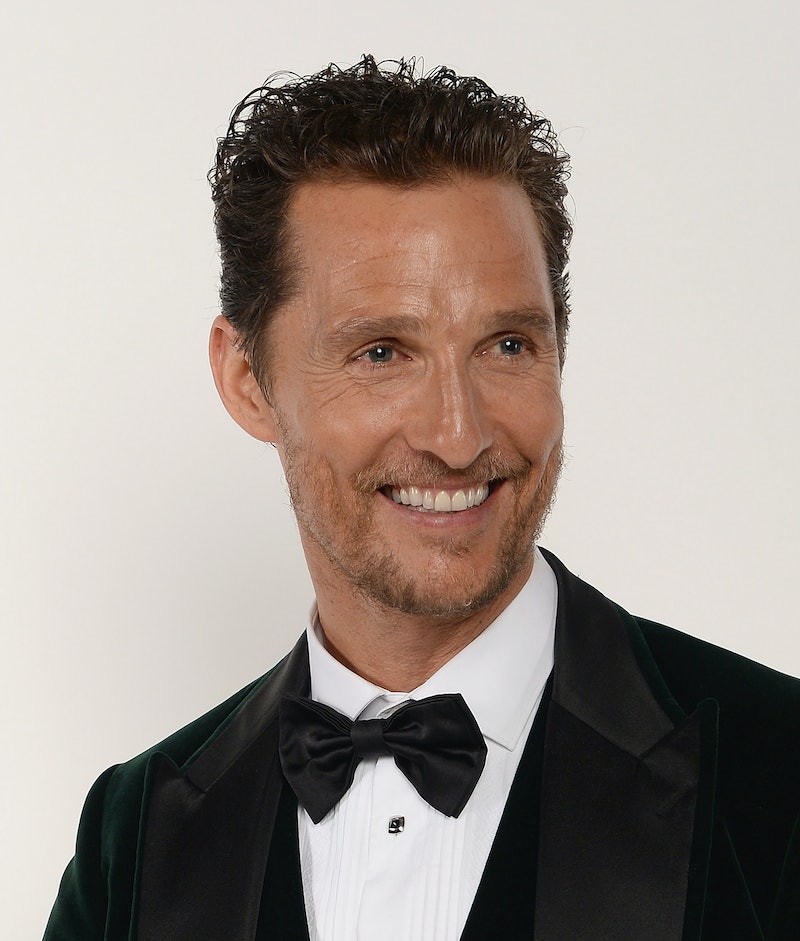 Even though Matthew McConaughey won a Golden Globe, is nominated for an Oscar for his portrayal of a homophobic man with AIDS in Dallas Buyers Club, was in the Oscar-nominated film The Wolf of Wall Street, and stars in HBO's new show True Detective, he's already off and running to his next big project. On Tuesday, it was announced that Matthew McConaughey will star in Sea of Trees, director Gus Van Sant's new film, who also directed Milk and Good Will Hunting. McConaughey will star opposite Ken Watanabe, who was in Inception, Batman Begins, and The Last Samurai.

Sea of Trees is about an American man (McConaughey) and a Japanese man (Watanabe) who meet in the "Suicide Forest," an infamous forest in Japan, where people solely go to commit suicide. However, instead of killing themselves, their relationship deepens as they embark on a journey through the "Suicide Forest" together. Alright, alright. The film's premise sounds promising and poignant, and will be a fresh feather in McConaughey's indie drama cap since his career reinvention.

At a London press conference for Dallas Buyers Club , the actor told reporters why his career seemingly switched gears from the romantic comedies he was known for.

You get one first chance and I am just telling the same book, different chapter. I switched gears, McConaughey says. I said I want to recalibrate what I'm doing in my career right now but I enjoyed what I did before. I've enjoyed the last 22 years, and I'm not arrogant enough to boo hoo anything I've done in my career. I did spend some time with a conscious decision, saying, 'You know what, I don't really feel like doing some of the roles that are similar to what I have been doing,' action adventure, romantic comedies and such. So before I said this is what I want to do, I had to say' I don't wanna do that right now.'

Writer Chris Sparling will pen the script for Sea of Trees. McConaughey's next film, Interstellar, will be out on Nov. 7. The film is directed by Christopher Nolan and also stars Anne Hathaway, Jessica Chastain, Michael Caine, and John Lithgow. Do we smell more Oscar noms for McConaughey?