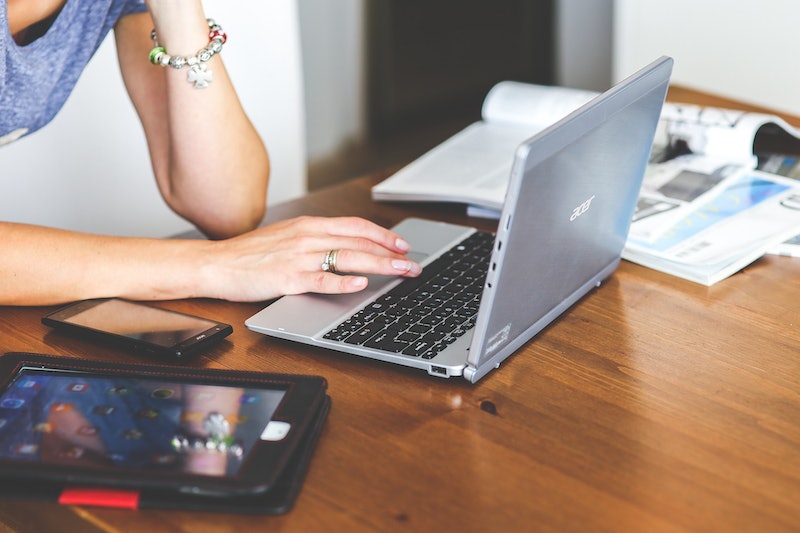 While many of the people I knew growing up had fabulous social lives, I had one that resembled a job. I would clock in at 8 a.m., leave by 3 p.m., and that was it. You think your junior high years were rough? Gather round, y'all, and show some respect for the incredible responsibility on my prepubescent shoulders.

See, instead of staying after school to go on playdates or be part of a sports team, I chose to spend my precious non-homework cluttered hours by logging onto a little website called Neopets — and going HAM. I'm not being delicate here. I was a wizard on that site. I had a shop, some bomb ass Neopets and a selection of games that increased my net-worth daily. I was the Mark Zuckerberg of fake electronic pets, and yes, it was hard work to maintain that level of swag, but I loved every single minute of it.

Clearly, I wanted to relive my former online glory days because yesterday I logged onto the website after being gone for a very long time. My stomach churned, my fingers trembled, and I started to sweat. What if Neopets was no longer the safe haven for little girls and boys who suck at making friends because they still haven't learned to use humor as a defense mechanism? My worries were laid to rest the moment I was greeted by the familial HTML coded webpage, complete with the Neopets logo I grew to love. Suddenly I was back to being a hungry 11-year-old, out to prove that my Neo-shop was the best on the block. I was back in the game. I was back on Neopet Lane, population me.

*Quick Disclaimer: As much as I tried to log into my old account I couldn't for the life of me figure out my old password. I even tried my old AOL account to see if I wrote it down somewhere. No such luck. I was able to look up all of my old info through a new account I created yesterday so it's not a total wash.

1. Checking Out My Old Profile

The first thing I did was look at my old profile. I was pleasantly surprised that I chose a very appropriate screen-name. It was a little shocking to see that I started playing in 2004 and that I've technically been on that site for 11 and a half years. Thinking back on how much has changed in that time is insane.

Bonus Points: I belonged to a Charmed guild. I almost forgot that I used to be borderline obsessed with that show.

Also — full disclosure. I only put "music - dance" as my hobbies to look cool.

2. Checking Up On My Neopets

Obviously I had to look at what Little Dasha thought were appropriate names for her Neopet family members. Right away I was disappointed at the lack of creativity on my part.

This one was particularly sad/tear inducing. The Neopet's namesake, Ksusha, was my very best friend growing up in Russia. We talk occasionally on Instagram when I favorite pictures of her son ... because she's married now and has a family. Glad to know that I paid homage to her in the form of a magenta colored dog/fox thing.

I named this one Buddie because of my dog Buddie that died when I was four or five. Jesus. Why are all of my names so dang sentimental!?

Also — can we all ignore the fact that all of my neglected Neopets look constipated?

I totally forgot that we can give our Neopets, Petpets! That was not something that stuck with me for all of these years.

Clearly, this was my favorite Neopet. Not only did I name her after my other best friend and train her to be level 20, but I also opted to give her the best Petpet! While I won't get into the absurd Goofy/Pluto logic of the Neopet universe, I will say these little guys were adorable. I kinda wish there was a separate Petpet site. (Is this getting too meta for anyone else?)

Please ignore the name "usherlover1". I was very into his sensitive bad-boy imagine in the early 2000s.

I spent money on building a fake house for my fake pet. This thing has three floors people. When I build, I build. I wonder if the property value has gone up or if Neopia experienced the financial crisis on par with our real-world one.

It's weird that this place has not changed AT ALL in almost 12 years. I don't know if that says the creative team behind this website gave up, or that Neopets will never reboot its original design. I loved the magic shop so much. It's all coming back to me now!

In order to get from world to world and collect Neopoints, you had to click around this map. I don't remember that Death Star looking thing on the top right or the moon rock on the top left from my time on the site. Is that new or am I just totally blanking?!

The baked potato! The paintbrushes! The books! I remember desperately needing to get more food and entertainment for my pets because they would get moody if I didn't play with them for a day or two. I didn't know I spoiled them as much as I did. (Future parenthood skills on LOCK, guys.)

Every time my pets got sick or were ~fatigued~ from kicking ass in the battle-dome I would search far and wide for potions to give them. I also remember having a shop where I profited off selling things are a higher price. I was clearly an entrepreneur, but my mom and dad didn't get it.

While not as tragic as the real life animal shelters that I've been to, this fake drop off site for Neopets was super depressing. Kids were discouraged from putting their pets up for adoption. I think I adopted one from there — I think it was the Cutie41Cutie418, because I would never come up with that kind of name!!! (I hope.)

Obviously I had to play some of my favorite games again. I started with the OG Neopet game called Hasee Bounce. Not only did it have amazingly annoying sound effects but it was really cute and simple to play. You just hopped up and down catching doughnuts. I blame this game for my unrealistic expectation in doughnut shops across this nation.

Sometimes you would accidentally catch the "dung" that's flying in the air and it would set you back a little.

If you were satisfied with your score, you would submit it to get Neopoints. You could only do that three times a day for each game. SO SMART.

There were special places in each different location that would let you spin a wheel and get a price. Some were free, while others were not. I spun this one and this is what happened.

Truly lives up to the name of "Mediocracy Wheel" . I won't lie. I dig the Neopet sass.

THAT'S HOW LONG IT TOOK ME, PEOPLE. How did I have the patience as a little kid to do this? The prize sucked!

Really? I get a lotto ticket? Thanks.

13. The Best Game Ever Invented.

I don't want to step on anyone's toes, but I am willing to stand by the fact that this is the most insane game concept ever created. Extreme Potato Counter is exactly what it sounds like. You sit, looking at your computer, and count how many potatoes fly across the screen. As you guess correctly and reach higher levels, the amount of potatoes increase and so do the speeds at which they fly by. I feel like the creators were reaching with this one.

Let us not forget that we had a bank, complete with a bank application, built into the game. Apparently your Neopoints were not safe under your Neomattress or inside of your Neopurse, so you had to deposit them into a bank. Seeing as to the fact that I've been a patron for a very long time, I wonder if my interest compounded to anything interesting. I will also take this opportunity to say — Neopets taught me more about banking then my actual education did.

So I was decided to try out this last wheel to see if I can get some dope prize. I paid 500 Neopoints. I spun the wheel and this is what I got.

A measly 145 Neopoints! I lost money. I guess that's what gambling is or whatever. Lesson learned (a decade later). I will say that I do not appreciate the the fairy smugness.

Why are you holding up your hand? Nothing good happened. I LOST MONEY.

16. I Checked My Hopes And Dreams Into A Hotel

Since I created a new account, complete with a new Neopet — I decided to go for a new name. MyHopesAndDreams checked into a hotel so that I would never have to worry about her starving or not having any fun.

It cost me a pretty penny, but for the next 28 days she will be looked after. I feel like a rich Upper East Side woman right now. I gotta tell ya ... it feels great!

Finally, I readied my sweet new pet for battle. I gave her a sword and a shield and made her fight a giant clown-punching bag.

That concludes my adventure through time and space. I got to see what my kid-brain liked 11 years ago. If you have access to your old account, I suggest you try this out for yourself. It's entertaining and mildly embarrassing. I also decided to include an email I sent out to some of the people from my grade asking to help me get more Neopoints in 2005. I'd like to point out that I no longer send out instructional emails that long. Also, I had a terrible time spelling because English is my second language and I just got to America.

THANKS IN ADVANCE FOR YOUR SUPPORT! Neopets 4 lyfe.

Want more nostalgia content? Of course you do! Listen to Bustle's podcast The Chat Room, where we discuss everything Internet, from what's trending today, what we were up to in the '90s, and our experiences as women online.