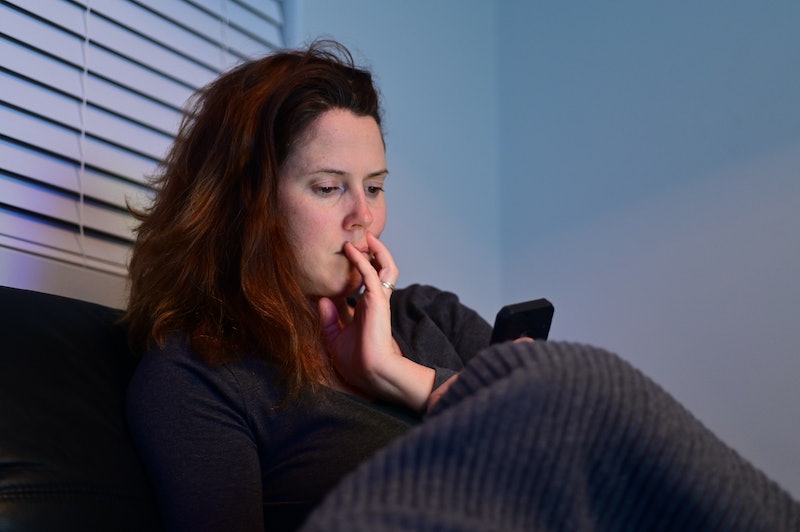 Not to be too negative y’all, but courtship in the digital age is a bunch of awkward, incongruent nonsense. I hope I’m not alone in thinking that people should spend more time actually communicating and less time searching for what emoji looks most like a phallus. I’ll even make it easier for you: eggplant, snake, banana, mushroom, corn, spouting whale, lipstick, pen, and firecracker!

And one of the most important (and infuriating) byproducts of dating with smart phones is the elaborate texting dance that we are forced to perform. We may call them “text games,” but in reality, they resemble "games" in the way that The Hunger Games resembles hop scotch. Essentially, modern texting etiquette for when you start seeing someone simulates elaborate mind games and power plays on a House of Cards level.

I’m going to venture out on a limb here and say that most people find honesty refreshing. Most people are tired of hearing the same old lines. We are exhausted from waiting a fortnight to know if you want to "grab a coffee." We are sick of watching those three little dots undulate across the bottom of the screen only to stop... then start... then stop again.

Too often, after hours or days of waiting, when the phone finally announces that a message has actually been received, it is a paltry offering along the lines of “Sup” or “How’s it going?” Of course, we all love the chase. But turning texting into a competition of "who cares less" will destroy whatever spark or chemistry you had when you first met.

There are too many rules now for how to "correctly" text a crush, so I say "F*#k it." Throw the rules out the window, burn them to the ground! Here are some of my main texting pet peeves, and why you should dump any poor soul who tries them on you.

1. The Texting That Leads To Nowhere

Make plans already! If the texting drags on for too long, just assume that the person isn’t interested in dating. My thought process: if they are really too busy to set a time to hang, then they do not have time for a relationship. If your text isn’t important enough to deserve a timely response, then they do not actually care — which sucks.

You are awesome! Don’t waste valuable time that could be spent doing awesome things, moping around un-awesomely waiting for a text.

2. The Texting That Enforces Gender Roles

For some reason people believe that communicating with this modern technology should follow outdated gender rules. Somehow people got it into there heads that the girl has to wait for the guy to text after a date, and the guy has to wait a day at least before doing that, and so on and so forth, and now I'm bored. If you're a lady in this situation, don’t slow down your momentum by waiting for the guy to make the first move! If your date can't deal with a person who takes the initiative to texts first, then they are probably not the right person for you. Text and be free!

3. The Fear Of The Dreaded Double Message!

In the modern text game, it's basically the end of the world if you send two messages before the other person responds. I mean, you're basically a stalker then, right? Well, pardon me, but sometimes I have two things to say. Sadly, I am not perfect, and I do not always take the time to appropriately combine all my thoughts into one concise, humorous, and insightful text. So PLEASE forgive me if I double text. I am only human. And humans are the worst.

Folks, this isn’t the playground anymore. You don’t have to pull somebody's pony tail, or trip them, or neg them to let them know that you think they are cute. Just be straightforward and ask them out for a drink already.

In the right hands, text can be a powerful tool. Just a few brief messages can show someone your personality and sense of humor. Texting can even be a healthy part of sexy flirtation. Sadly, no great love story ends with someone receiving a cute text. At some point you will have to actually call the person and (*gasp*) talk to them.