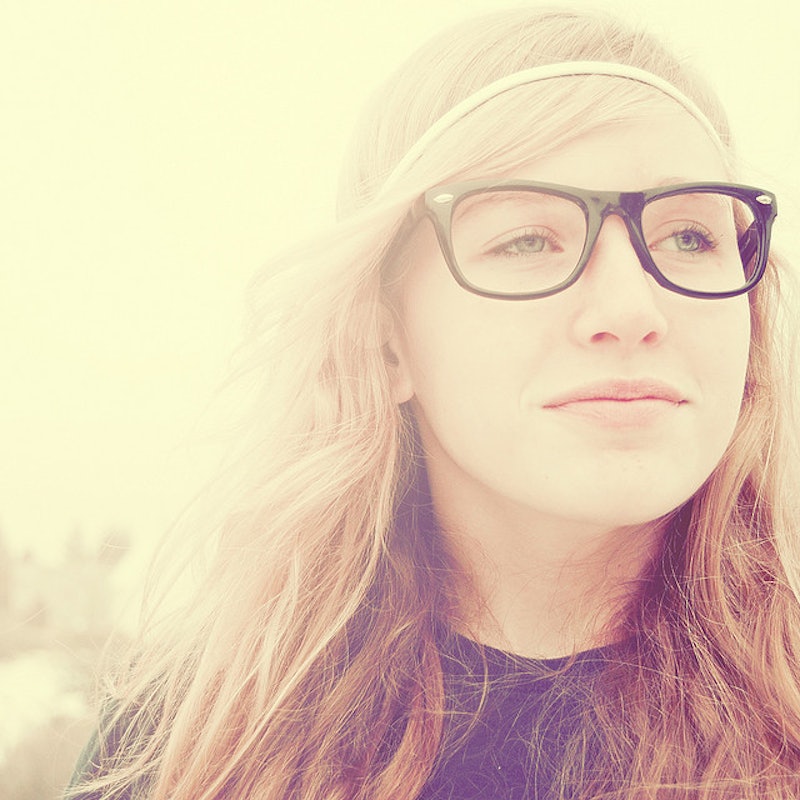 Do you follow any dating guidelines? Yes, of course you should be your goofy, amazing, weird self, and have confidence in dating, but as I've gotten back into dating over the last few year I've been surprised to find how many "rules" there are. Yes, we've all pretty much moved away from The Rules , thank goodness— I had to it read in a gender studies class and it made me want to remove my eyeballs. (Did you know that you should always wear a full face of makeup on a run? Or that you shouldn't accept a date if he asks after the third Sunday of the fourth month of the lunar cycle? Or something...). But unfortunately some dating rules are alive and well.

They've never been something I've conformed to, which I would like to say in some statement about women or autonomy or heteronormativity, but it's more just that any interaction I have with a man looks very much like the Someone Like You butter dance— by which I mean there's a lot of heart, but there's also a lot of butter. I have to say it's better when you're not so hung up on how things should be.

Let's start with the basics. There's no need to wait to be asked out. While online dating and apps have definitely equaled the playing field a bit, I still know a lot of women that think in heterosexual dynamics it's the fella who should do the asking out. I completely disagree. Yes, the disagreement comes from the fact that the only way I ever go on a date ever is when I initiate it (I don't think I've been asked out since the 90s), but that shouldn't change anything. At first it was nerve wracking, but desperation has meant I've gotten really used to it. And you know what, it's way better. Rather then endless Facebook messaging or texting, I'd much rather just go out for a drink already. Be bold and give it a try, it's so much better than waiting for things to happen to you!

2. Paying for a Date

Open your damn wallet (and guys, let us). Yes, if you're in a longterm relationship maybe one of you isn't working and is contributing in another way, so there's a reason only one of you is paying. But in early stages of a relationship, I don't think there is a reason for a man to pay. It's not an adorable tradition, it's a throwback to when women couldn't pay for anything and we were basically property. I've said it before and will say it again: Why is inequality something we should be nostalgic for? Let's end this once and for all.

3. Texting After a Date

My flatmate is always shocked if I text a guy after a first date saying I had a nice time, because apparently I should be waiting until he texts me. But I know that sometimes I'm not very romantic and that comes across, and I also know men can get nervous and self-conscious too— almost like they're people or something. So I don't think there's anything wrong in being encouraging and straightforward.

Another texting bugaboo of mine is this idea that you don't text first, or don't text back right away, or wait the exact amount of time that they took to reply plus an hour before you send your reply. Who the hell cares? Sometimes I see a message and reply to it right away, because I have the time and feel like it, sometimes it takes me a few hours, sometimes a few days. And I expect that the same thing happens to me. Why should it be a game? It's not a fun one. Unless something is time-senstive just message when you feel like it and don't go all MacGyver on why it took them seven hours and five minutes instead of of five hours and seen minutes to reply.

5. Saying How You Feel

There's this really unfortunate trend of women being so scared of looking 'crazy' or like 'that girl' that they end up burying it if they're not feeling OK about something or want something. The idea of women being needy or insane or vindictive has become so ubiquitous that we end up bending over backward to avoid it. It's time for it to stop. I've had friends warn me about saying that I wasn't comfortable with something in a relationship, or that I felt undervalued, or that I thought it was time for it to end. But the thing is, when I've explained myself in a clear, mature, open way I've always gotten a great response. Before I started doing this, it always ended up bubbling over and manifesting in really unhealthy, not constructive ways, and I ended up doing what I was avoiding in the first place— acting a bit nuts. Be confident and secure and how you feel and express it with straightforwardness and a bit of perspective and you'll always be better in the long run.

And just a reminder of how good I am at flirting: