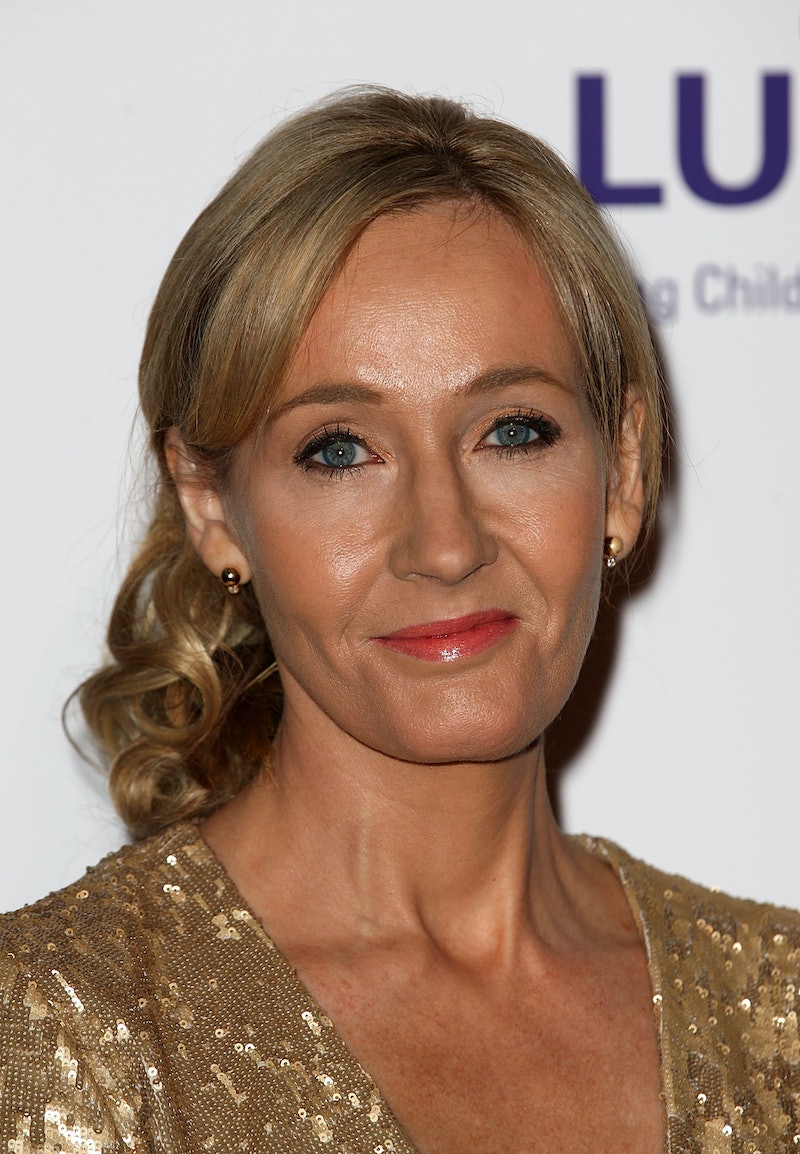 Potterheads who missed out on the bidding wars in 2002 and 2009 have another chance to snag J.K. Rowling's writing chair at auction this spring. The author sat in the refurbished 1930s seat to write Harry Potter and the Sorcerer's Stone and Harry Potter and the Chamber of Secrets on her typewriter. Now decorated with Harry Potter themed words and imagery, the chair was one of four the then-down-on-her-luck Rowling received from a friend.

This is the third time Rowling's writing chair has appeared at auction. Back in 2002, the author donated it to the National Society for the Prevention of Cruelty to Children's "Chair-ish a Child" auction, where it fetched a cool $21,000. The chair resold for $29,000 on eBay in 2009.

Now, an anonymous donor has given Rowling's chair to Heritage Auctions. Bidding will start at $45,000 when the chair hits the block in April. Included is a typed letter from Rowling herself, which accompanied the chair to auction in 2002. The letter reads:

Dear new-owner-of-my-chair. I was given four mismatched dining room chairs in 1995 and this was the comfiest one, which is why it ended up stationed permanently in front of my typewriter, supporting me while I typed out Harry Potter and the Philosopher's Stone and Harry Potter and the Chamber of Secrets. My nostalgic side is quite sad to see it go, but my back isn't. J. K. Rowling.