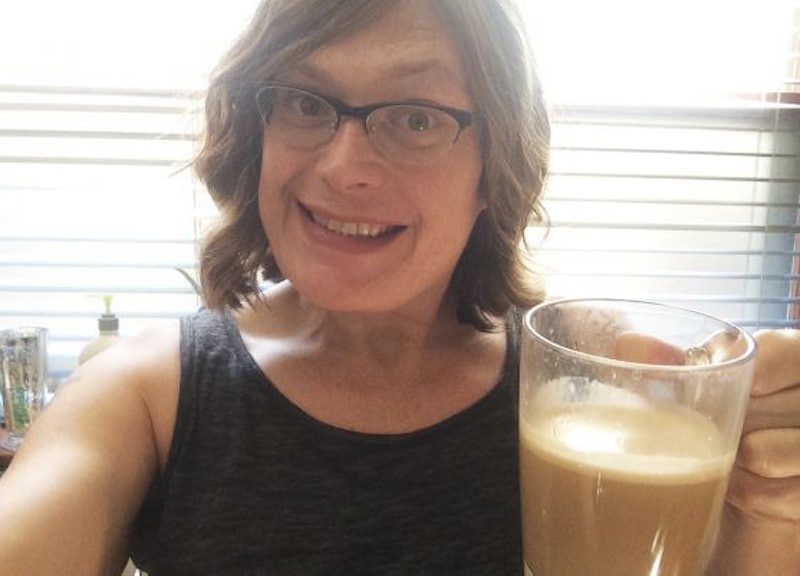 In a brave and honest statement released to the Windy City Times, filmmaker Lilly Wachowski, formerly known as Andy Wachowski, has come out publicly transgender. Lilly is best-known for writing and directing movies with her sister, Lana, who herself came out as transgender in 2012. The two collaborated on The Matrix, Cloud Atlas, V for Vendetta, and more. According to the Windy City Times, Lilly penned the letter after feeling threatened of being outed by the media. In her own words, Lilly wrote,

There's the headline I've been waiting for this past year. Up until now with dread and/or eye rolling exasperation. The "news" has almost come out a couple of times. Each was preceded by an ominous email from my agent — reporters have been asking for statements regarding the "Andy Wachowski gender transition" story they were about to publish. In response to this threatened public outing against my will, I had a prepared a statement that was one part piss, one part vinegar and 12 parts gasoline.

Although she was waiting for that headline to appear, it never actually happened. She wrote, "being the optimist that I am, I was happy to chalk it up to progress." That all changed when, as Lilly claimed, a journalist from The Daily Mail showed up at her door and wanted her to share her story. Instead, she decided to take matters into her own hands and pen an essay for Windy City Times, a weekly LGBT newspaper in Chicago. Lilly wrote, "I just wanted — needed some time to get my head right, to feel comfortable. But apparently I don't get to decide this."

Following the publication of Lilly's essay, The Daily Mail published a story on their website on Wednesday, in which a spokesperson claims,

As Ms. Wachowski says herself, we were not the first media group which approached her and we made absolutely clear at several points in the conversation that we were only interested in doing the story with her cooperation and had no intention of publishing anything without her consent.

Our reporter was extremely sympathetic and courteous at all times.

We are baffled as to why Ms. Wachowski has reacted as she has but we wish her well with her journey.

Lilly goes on to explain that she's already come out to her supportive family and friends, but added, "Though we have come a long way since Silence of the Lambs, we continue to be demonized and vilified in the media." She wrote,

I'm out to my friends and family. Most people at work know too. Everyone is cool with it. Yes, thanks to my fabulous sister they've done it before, but also because they're fantastic people. Without the love and support of my wife and friends and family I would not be where I am today.

But these words, "transgender" and "transitioned" are hard for me because they both have lost their complexity in their assimilation into the mainstream. There is a lack of nuance of time and space.

This is just an excerpt of her powerful essay, which explores what being transgender in today's society means. Her entire essay is worth a read, especially since it's so important for her to share her own story.

More like this
Stormzy Made A Passionate Speech About The Importance Of Diversity
By El Hunt
Pro Footballer Zander Murray Is "Blown Away" By Support After Coming Out
By Sam Ramsden
At 28, Melanie C Was Falling In Love & Reclaiming Her Confidence
By Olivia-Anne Cleary
Bustle Daily Newsletter: October 4, 2022
By Hayley Schueneman
Get Even More From Bustle — Sign Up For The Newsletter