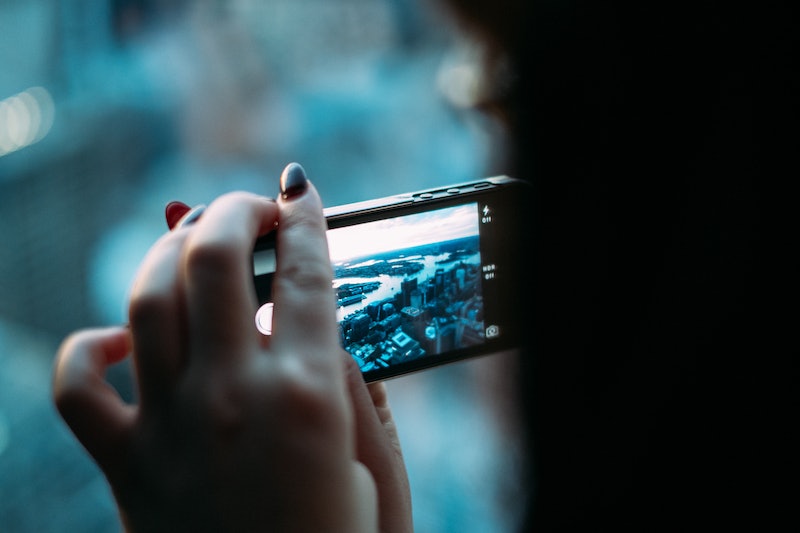 Well, we may have just done it. We may have finally crossed the line of oversharing with "Shorts," an app that lets you look at friends' camera rolls. Although between Facebook, Twitter, Instagram and the like, we're rarely left wanting for a digital space to share photos with friends and family (and strangers). But no matter, because now you can just share your entire camera roll with them. Though it may seem excessively invasive to some, new users say they love it, and here's why there's a major catch.

Rather than following posts online, you can actually just check out your friends' camera rolls directly. When using the app, you'll have the choice of what you want to share publicly, and what you don't. So uh, yeah, it's basically like a social media site, except with a little more creep factor added in (and a lot more potential to accidentally share something you probably don't want online).

Signing up is as simple as it would seem: join, create a username/password, and upload a profile photo. Add your phone number for verification and start looking for friends. From there, you can either search for people by username or upload via your contact list (though this is more difficult as the app is relatively new). According to press materials, people seem to be sharing about one half of the photos, videos and screenshots they have on their phones via Shorts ... but they also end up taking two to three times more photos each day, giving others an almost live-feed.

And now for the real kicker: there's also a Discover feature which allows you to check out strangers in your vicinity, and what they're up to all day. While viewing the camera roll of someone you don't know probably seems really scary, it's also kind of liberating and informing, in a way. It shows you the lives of people you'll never know, almost like people-watching or that weirdly interesting feeling you get when you can see in someone's window when you drive by at night. (All of this sounds creepy as I say it, I know, I know.)

Some are comparing it to Tinder in the sense that you swipe through people's photos in a similar fashion. While that's all well and good, there's no doubt that it's a little weird at best, and perhaps totally unnecessary at worst. There are plenty of platforms to share what you want to share, most of which will have the bulk of the people you want to actually view them. While the idea is OK in theory, it seems a little questionable in practice — but hey, to each their own. If sharing your camera roll is what makes you feel connected to the world, then snap away.

More like this
How To Use Circle, Twitter’s Version Of Close Friends
By Emma Carey
What Is “Night Luxe?” Breaking Down TikTok’s New Aesthetic
By Courtney Young
TikTok Is Using A ‘Love Island’ Sound To Expose Their Weird Crushes
By Courtney Young
The Viral TikTok “30,000” Sound Fits Nearly Every Scenario
By Courtney Young
Get Even More From Bustle — Sign Up For The Newsletter