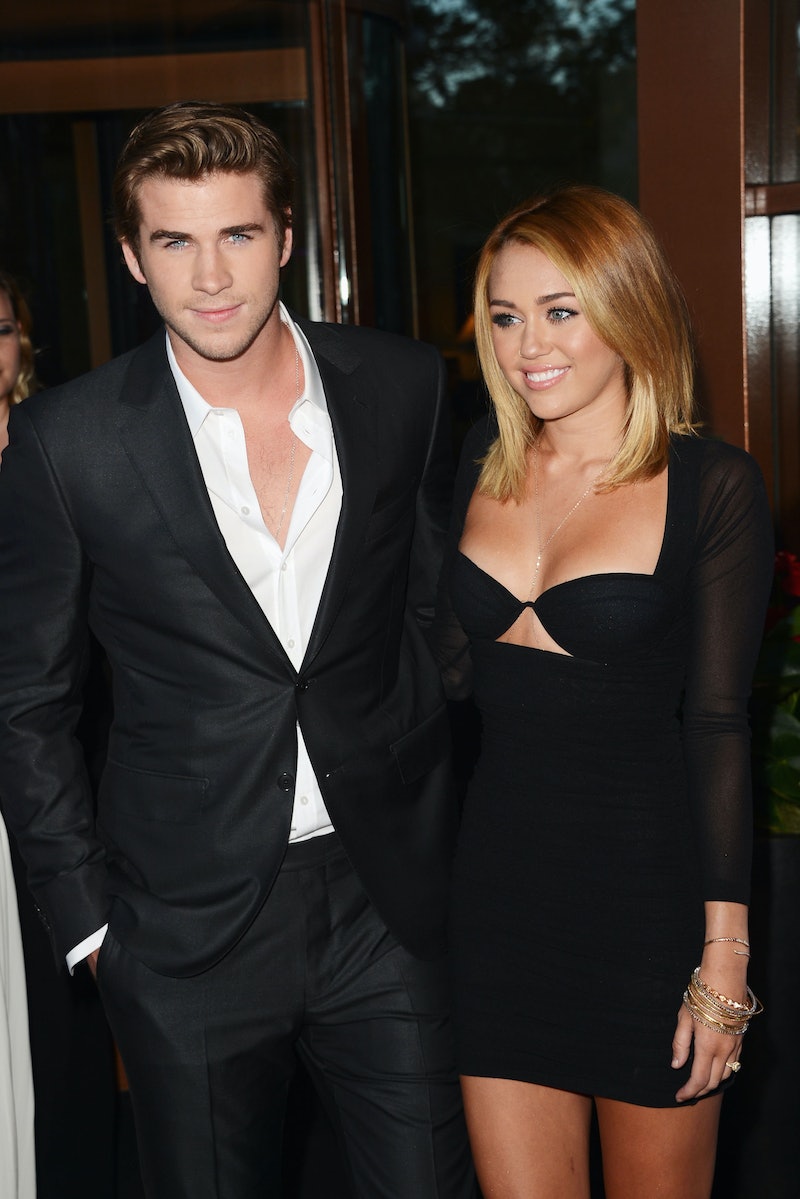 Good news on this fine day for all of you obsessed with the prospect of Miley Cyrus and Liam Hemsworth getting back together: a certain celebrity has officially confirmed that they are, in fact, back on. While Cyrus and Hemsworth themselves have yet to confirm reports of a reconciliation, it hasn't stopped people from speculating. Rumors range from "they're already married!" to plans for a baby... this, after a whirlwind reconciliation that apparently began a little more than three months ago. Wow! Of course, this all seemed like wild speculation until one celebrity confirmed that the couple is, in fact, back together.

Yes Miam shippers, a source very close to Cyrus herself has spilled the beans. Cyrus's godmother, none other than country legend Dolly Parton, admitted that they are back together during an appearance on Entertainment Tonight . Parton stopped by the show and was asked about Blake Shelton's new song and romance with Gwen Stefani, but the interviewer couldn't resist pressing on the one thing the world wants to know about: Cyrus and Hemsworth's relationship.

It seemed like Parton was trying to deflect at first, gushing about her goddaughter's accomplishments, but then nonchalantly dropped the words we've all been waiting to hear.

"Yeah, she's great, she's a talent. She's deep, she's smart. She's sensitive. She's gone through a lot, she's been put through a lot. She's put herself through a lot," Parton said, laughing. Then she was asked if she liked Hemsworth and Cyrus together and she very gracefully admitted, "Yes, I do. I was really happy to hear that they had gotten back together."

Parton was just so sweet about the whole thing, and it seems like she had no idea what kind of bombshell information she had just given the world. But the world is listening, and excited we are. Please tell us more, Dolly! Have you gotten your wedding invite yet?

This is the most concrete evidence of a reconciliation that we've gotten, since so far only anonymous sources — and some suspicious ring posts on Cyrus' Instagram — have confirmed their rekindled relationship. But I'd say this is all the evidence Miam shippers need. How exciting!