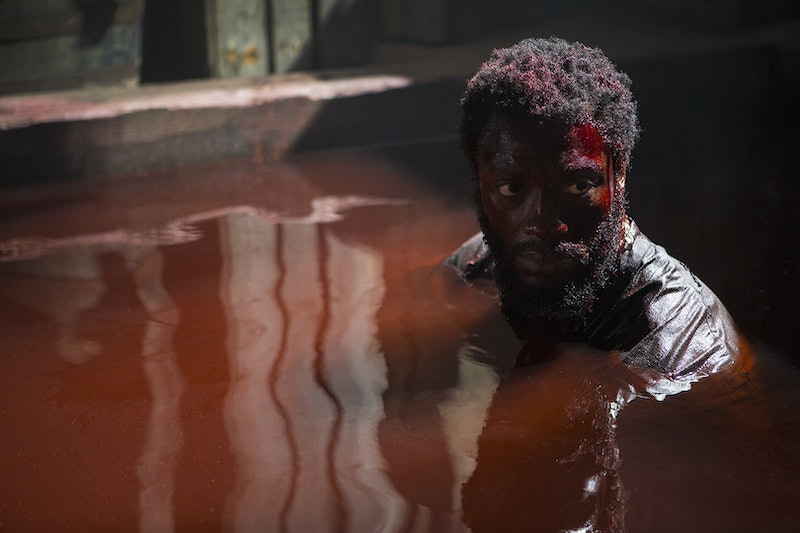 A great soundtrack moment can help define a series, especially in its youth. The mixing of popular music with image can help add weight, tension, or comedy to a moment in a television series. For a newcomer like WGN America's Underground , a strong opening sequence can make or break the series as it needs to convince people within its first few minutes that they should dedicate more time to the story. The freshman series not only succeeds in creating a strong opening, but also features a defining musical moment when Underground features Kanye West's "Black Skinhead" over a harrowing portrait of a failed slave escape to great effect.

Soundtrack moments like this are the stuff that television dreams are made of. People may not remember many of the plotlines in The O.C., but they surely remember the show's now infamous use of Imogen Heap's "Hide and Seek." The Americans kicked off its rise to overwhelming critical acclaim by stretching Fleetwood Mac's "Tusk" to new lengths for its opening sequence. Sia's first brush with public fame came from soundtracking the momentous final moments of Six Feet Under with her song "Breathe Me." Great soundtrack moments can outlive a series, and Underground has crafted one here.

The series begins with lead character Noah running through the woods in the middle of the night, with the iconic opening of "Black Skinhead" blasting, the panting of the track overlayed with the barking of the dogs chasing him. The deep, booming percussion and Kanye's yelps enhance the fear-driven adrenaline of Noah running from his pursuers. Kanye's lyrics reflect Noah's feelings of rebellion and the fight against oppression that Noah wishes to carry out. It's a stark, powerful matching of sound and image that kicks the series off in a powerful way — but then the music drops out.

Noah hides behind brush, accompanied only by the looped, empty breathing that "Black Skinhead" builds its beat around. As Noah starts crawling, the deep electronic bass hits featured in the song appear, isolated, a sound reminiscent of an impending fear, matched in tone by the appearance of a slave catcher literally stepping over Noah. The shallow breaths return once it seems that safety is found and Noah attempts to continue his escape, only for the drums of the song to come in as he's knocked out and the screen cuts to black.

It's a short sequence — a little over a minute long — but it's also a thrilling, powerful, and poignant comparison between two time periods. "Black Skinhead" isn't just a sonically tense song, the lyrics also match a struggle for equality in the modern era, a shadow of Noah's fight passed down through generations to a time where African-Americans are still oppressed, just in different ways. The emotional weight of the connection, as well as the visceral power of the soundtrack as a music choice, create a one-of-a-kind opening for Underground that television fans aren't going to forget any time soon.

More like this
Selena Gomez Joked About Her Relationship Status In Her ‘SNL’ Monologue
By Grace Wehniainen
Danny Boyle's 'Pistol' Explores The Extreme Highs & Low Of An Iconic '70s Band
By Rachel Mantock
Taylor Swift Is "Spiraling" After Releasing "This Love (Taylor's Version)"
By Jake Viswanath
What’s New On Netflix: A Victoria Justice Rom-Com & The Return Of David Letterman
By Arya Roshanian
Get Even More From Bustle — Sign Up For The Newsletter