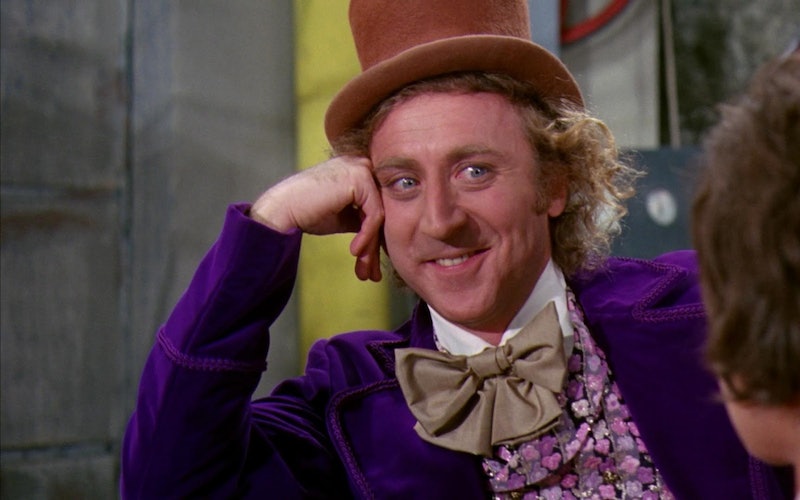 Movies can be a lot of things: romantic, thrilling, scary, depressing, overwhelming, nauseating — the list goes on. And while we traditionally think of movies as artful entertainment, some are just too artful for their own good — in other words, they're very, very strange. Of course, not all arthouse films are weird, and not all weird films come from the arthouse world, but the two groups overlap more often than not. A majority of the weirdest movies ever made come from the independent world, not Hollywood, because the weirder the movie, the less likely it is to make a profit. However, many objectively weird films have been hugely successful, propelling directors into the spotlight and/or gaining cult followings. The list of some of the weirdest movies ever made, below, features just a handful of films that have earned uniquely strange places in pop culture.

The 20 films below are all varying degrees of weird, some with a side of "disturbing" or "terrifying." A few are cinematic classics, others box office duds, but the one thing they all have in common is that they all attempted to embrace the weird. Whether or not that resulted in good cinema is up to you.

Let's be honest, the list of weirdest movies ever could be made up entirely by ones directed by David Lynch. That said, Lynch's feature debut, Eraserhead, is, objectively, one of the strangest films ever made in the history of cinema, and tops the lists of weirdest movies the world over.

Teenage siblings locked in their home by their overprotective parents — what could possibly go wrong?

This Japanese film from directors Katsuhito Ishii, Hajime Isimin and Shunichiro Miki is made up of skits, each more strange and absurd than the others.

Napoleon Dynamite might be remembered as the American movie that helped cultivate a new generation of audiences for independent comedies, but it is also just plain weird.

Willy Wonka & The Chocolate Factory might be a classic children's film, but it's really a horrifying tale of a crazy scientists who enjoys torturing children and their parents with candy. Ever think about that?

David Cronenberg's 1991 drama about an exterminator who goes insane is one of the most unique films ever made about a man and giant bugs.

Nothing to see here, just a rubber tire that develops the power to blow people's heads off.

Another David Lynch film, Inland Empire is a three-hour saga starring Laura Dern as an actor who becomes trapped in a series of increasingly terrifying realities, including one with a family of weird rabbits.

Not even Ryan Gosling's conventional good looks could save this super weird and super violent movie from strange obscurity.

Tim Burton has made many films seemingly with the only goal of giving us all nightmares, but Mars Attacks! takes the cake in terms of films that will leave you frightened and scratching your head.

This is a movie Shia LaBeouf made during his little rebellion from Hollywood, so, make of that what you will.

Another film from a director known for being out of the box, Lars von Trier's 2009 horror movie starring Willem Dafoe and Charlotte Gainsbourg might be best known for its graphic sex scenes, but don't let that fool you.

Harmony Korine's first full-length feature film is about as weird as you'd imagine, featuring a character who wears nothing but shorts and bunny ears and others who hunt cats. Let's just be thankful none of that weirdness ended up in Korine's latest hit, Spring Breakers.

Joaquin Phoenix and Casey Affleck's attempt at a Punk'd-style mockumentary was almost as weird as Phoenix's infamous appearance on The Late Show with David Letterman.

The Fly is an iconic horror film from David Cronenberg, in large part because of how disturbing and terrifying it is to watch a man transform into a giant fly. Just thinking about it gives me the shivers.

Another American classic, American Psycho has a solid place in pop culture, but that doesn't mean it's not weird AF. There's only so much of Christian Bale's psychotic inner monologue one person can listen to.

Because even the idea of a John Waters film about people fighting for the title of "The Filthiest Person Alive" is weirder than most movies out there.

Being weird is probably one of the few things that make Green Lantern stand out among a sea of better superhero movies.

If this post inspires you to watch any of these weird movies, well, good luck — but don't say I didn't warn you.

More like this
What’s New On Netflix: A Victoria Justice Rom-Com & The Return Of David Letterman
By Arya Roshanian
What Makes A Sally Rooney Sex Scene So Hot?
By Samantha Leach
'Black Mirror' Season 6 Is Reportedly In The Works, Here’s What To Expect
By Maxine Harrison
Shocked Fans & Former Co-Stars React To Ray Liotta’s Death At 67
By Grace Wehniainen
Get Even More From Bustle — Sign Up For The Newsletter